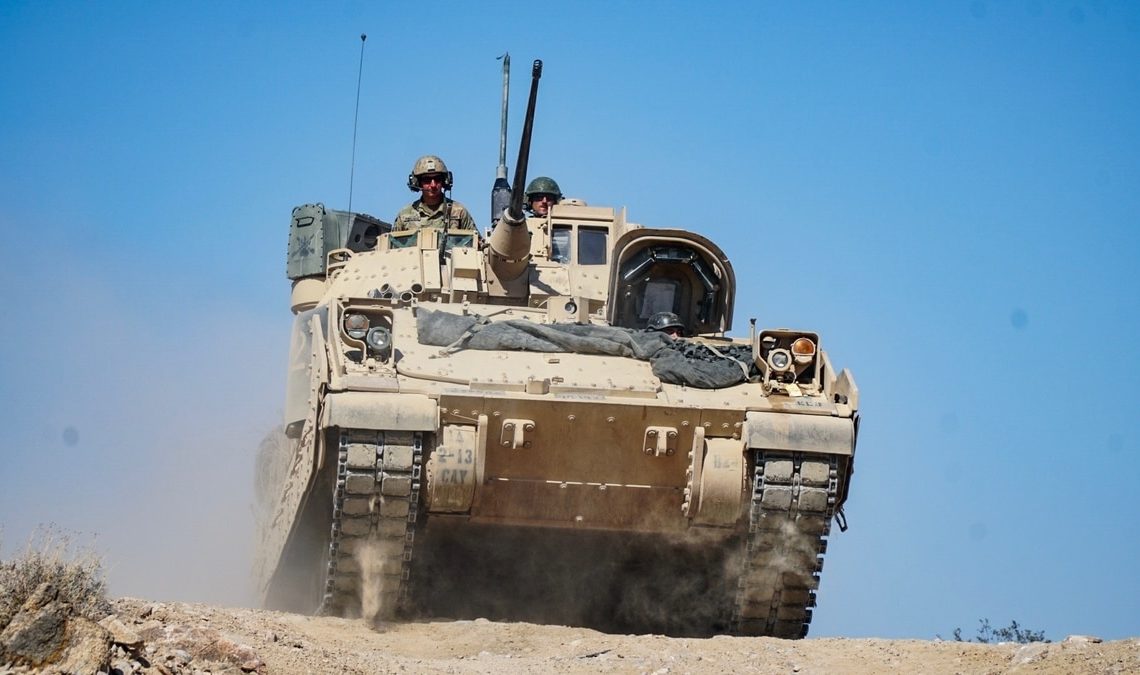 WASHINGTON — Point Blank Enterprises is the most recent nontraditional business to come out of the woodwork as a competitor for the U.S. Army’s concept vehicle design phase to replace the Bradley Infantry Fighting Vehicle.

The company announced April 26 on its website that it had submitted a bid. The announcement comes almost two weeks after the Army’s deadline for solicitations.

While other small businesses and nontraditional companies are believed to have bid on the Optionally Manned Fighting Vehicle, or OMFV, program, the only other company out in the open as a bidder is Michigan-based Mettle Ops. Defense News first reported its participation.

Companies like Mettle Ops and Point Blank are the underdogs, but there’s room for them to play as the service plans to choose up to five teams to produce preliminary designs.

The Army completely revamped its approach after its first attempt to hold an OMFV competition ended with only one bid sample from GDLS in October 2019. The only other entry, the Lynx 41 from a Rheinmetall and Raytheon team, was disqualified because it wasn’t delivered to Aberdeen Proving Ground, Maryland, on time.

Incumbent BAE Systems bowed out months before the deadline over concerns related to the Army’s ambitious schedule.

Instead of moving forward with just one option, the Army canceled its OMFV competition and took a step back to come up with a plan that would better foster a robust competition over a more reasonable timeline.

The Army not only dropped the plan to require a physical bid sample as part of its reboot; it instead mapped out a five-phased effort that begins with an initial design phase, then moves into a detailed design phase, followed by prototyping, testing and production.

Those designs will inform the abbreviated-concept development document expected to be published in the first quarter of fiscal 2022.

Point Blank is working directly with Keshik Mobile Power Systems, according to Edwards, to form an engineering and manufacturing design team that includes other “large, experienced defense companies and a large group of innovative small businesses with advanced technologies that may not have had the chance to participate if not for this unique Army program.”

Point Blank features roughly 48 years of experience in developing body armor, according to its website, but also touts survivability solutions such as advanced, lightweight armor across platforms from ships to helicopters to vehicles.

“The team’s concept design will help fully inform the U.S. Army of what is possible today for the next generation fighting vehicle with a truly modular and technology-agnostic open systems approach for power, information, and physical architectures,” Frank Jones, Keshik’s chief technology officer, said in a statement.

“The OMFV design concept [Point Blank Enterprises] has proposed will fully enable the Army to rapidly adapt and scale the platform to emerging threats, changing missions, embedding the ability to integrate the never ceasing evolution of new defense technologies as they become available,” he added.

The service plans to spend $4.6 billion from FY22 through FY26 on OMFV, so it is turning to industry input earlier and more than ever.

Following the concept design phase, the Army will move into a detailed design phase that will be executed over the course of FY23 and FY24. The prototyping phase will begin in FY25. Vehicle testing will begin in FY26 and wrap up the following year with a production decision planned for the fourth quarter of FY27. Full-rate production is expected to begin in the second quarter of FY30.

The Army plans to choose five teams to proceed in the competition in June.