When Engadget’s UK Bureau Chief Mat Smith attended the first-ever gameplay demonstration of Marvel’s Avengers at E3, he walked away worried. The level he saw was essentially a tutorial, introducing the basic mechanics of each Avenger. It was unclear how all of the characters — Black Widow, Iron Man, The Hulk, Thor and Captain America — would play together, and they each seemed to be overpowered in comparison to the minions that flooded their way on the Golden Gate Bridge. He said the game looked hollow, but he couldn’t pinpoint exactly why.

After playing that same section myself at Gamescom, I think I’ve cracked it: Marvel’s Avengers feels hollow because it’s basic. 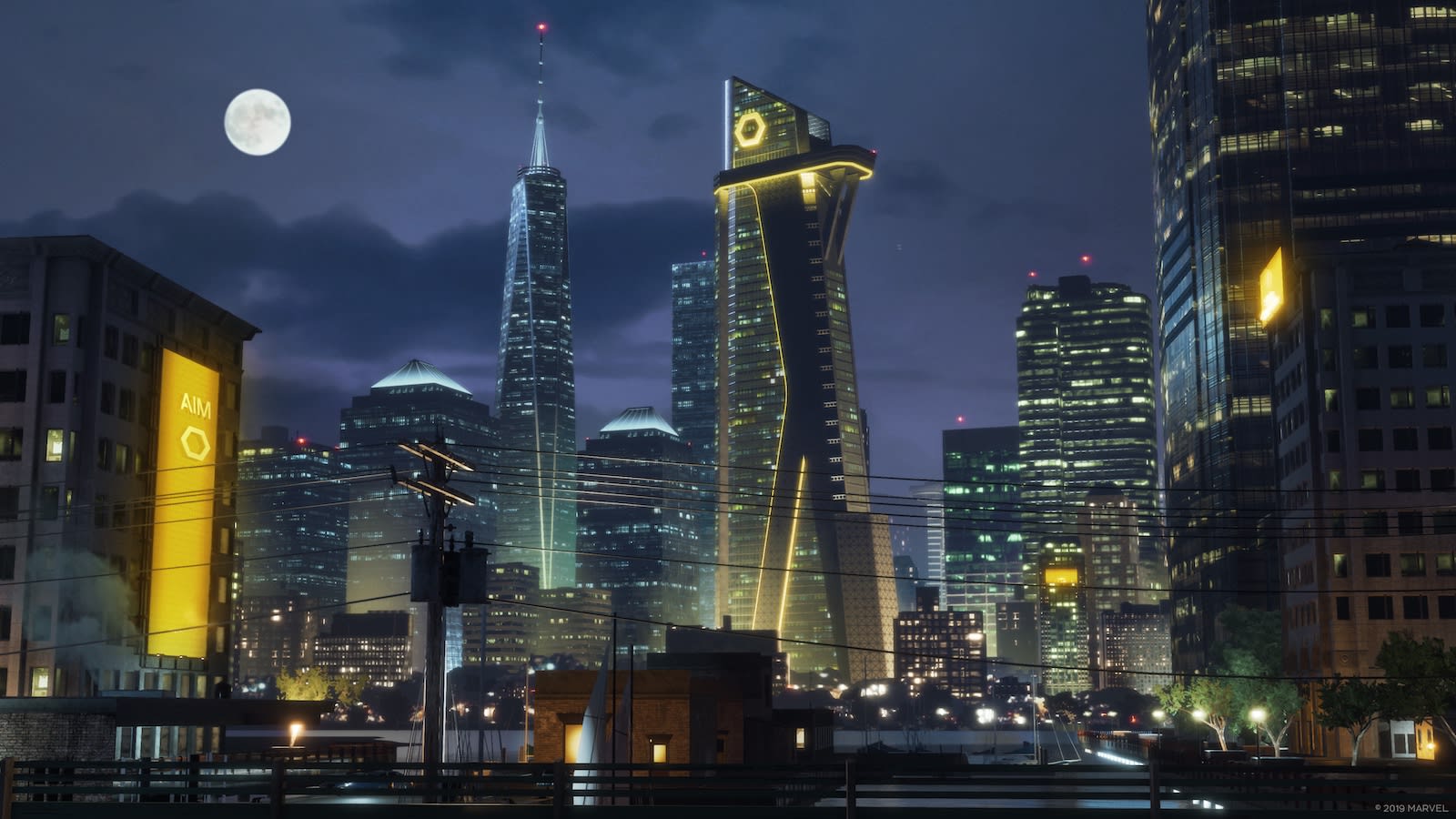 The demo takes roughly 20 minutes, broken into hero-specific chunks. It’s set on the Golden Gate Bridge, which is under attack by a swarm of armed enemies, and littered with abandoned cars and fractured concrete. Each hero gets a chance to shine, solo, demonstrating their basic abilities and unique moves. Melee, jumping, ranged attacks and aerial smashes play the same way across all characters, though their ultimates differ. For instance, Hulk uses Thunderclap with two simultaneous button presses, while Iron Man revs up a giant chest laser with a single tap.

Beyond the special moves, however, it’s difficult to distinguish a unique play style for any of the Avengers. Hulk dodges bullets and projectiles with a double-tap just as seamlessly as Black Widow, even with his lumbering bulk, while Black Widow soaked up damage just as easily as Hulk, even with her fragile human frame.

The high-action scenes are mostly quick-time events, with button prompts popping up as Iron Man flies across the wreckage or Hulk leaps across the ripped concrete. When Iron Man is barreling down the bridge, it looks like a high-stakes aerial chase where players have to navigate burning buses while firing lasers at flying enemies, but it’s actually an on-the-rails shooter. The entire scene can be played with little thought and even less strategy, simply aiming and firing as Iron Man’s suit flies on its own. There’s a particular kind of disappointment in hearing frantic, action-movie music blaring behind scenes that are, essentially, interactive cinematics.

Though each character’s attacks are visualized differently — Black Widow fires her pistol, while Captain America flings his shield, Thor throws Mjölnir and Iron Man unleashes laser bullets from his hands — they require the same input. Basic attacks feel homogenous, no matter which superhero skin you’re in.

In one scene, Black Widow leaps onto the back of Taskmaster, the big boss in this section, as he flies with a jetpack beside the bridge. He soars among the wreckage on an automatic flight path while players punch him with a string of single button presses, responding to a few QTEs as necessary. The scene is playable with one finger, and even though the attacks are different, it feels a lot like the scripted Iron Man section.

Apparently, in the full game, players will be able to control Iron Man’s flight path, hopefully enriching his aerial mechanics. Crystal Dynamics promises Marvel’s Avengers overall grows a lot harder, larger and more diverse after the tutorial level, and of course it will. It would be difficult to build any game that’s less intricate than its training mode. However, the only portion of the game that the studio has made public is the prologue; the only thing anyone has played is the tutorial. And, as a demonstration of a dense and diverse action game, it’s weak.

The developers aren’t showing off scenes from deeper in the game because they want media and fans to understand how it plays first, according to senior brand director Rich Briggs. That’s fair, though Avengers doesn’t appear to be a mechanically tricky game. It’s a straightforward third-person action experience with button mapping that carries across characters, things that most players wouldn’t have trouble picking up on the fly. As it stands, there’s no public footage of post-tutorial gameplay, and the prologue is still officially in pre-alpha. The game’s May 15th, 2020 release date is coming in hot.

After the demo, Briggs ran through a handful of details about the complete experience, including its two gameplay pillars: Hero Missions and Warzone Missions. Hero Missions comprise the single-player campaign, and they’re character-specific, narrative-driven moments. Meanwhile, Warzone Missions are contained segments that can be played cooperatively and with any hero you’ve already unlocked. Finishing these missions unlocks gear, additional story content and other rewards. Progress is universal across both mission trees, and Crystal Dynamics has planned for years of updates post-launch. 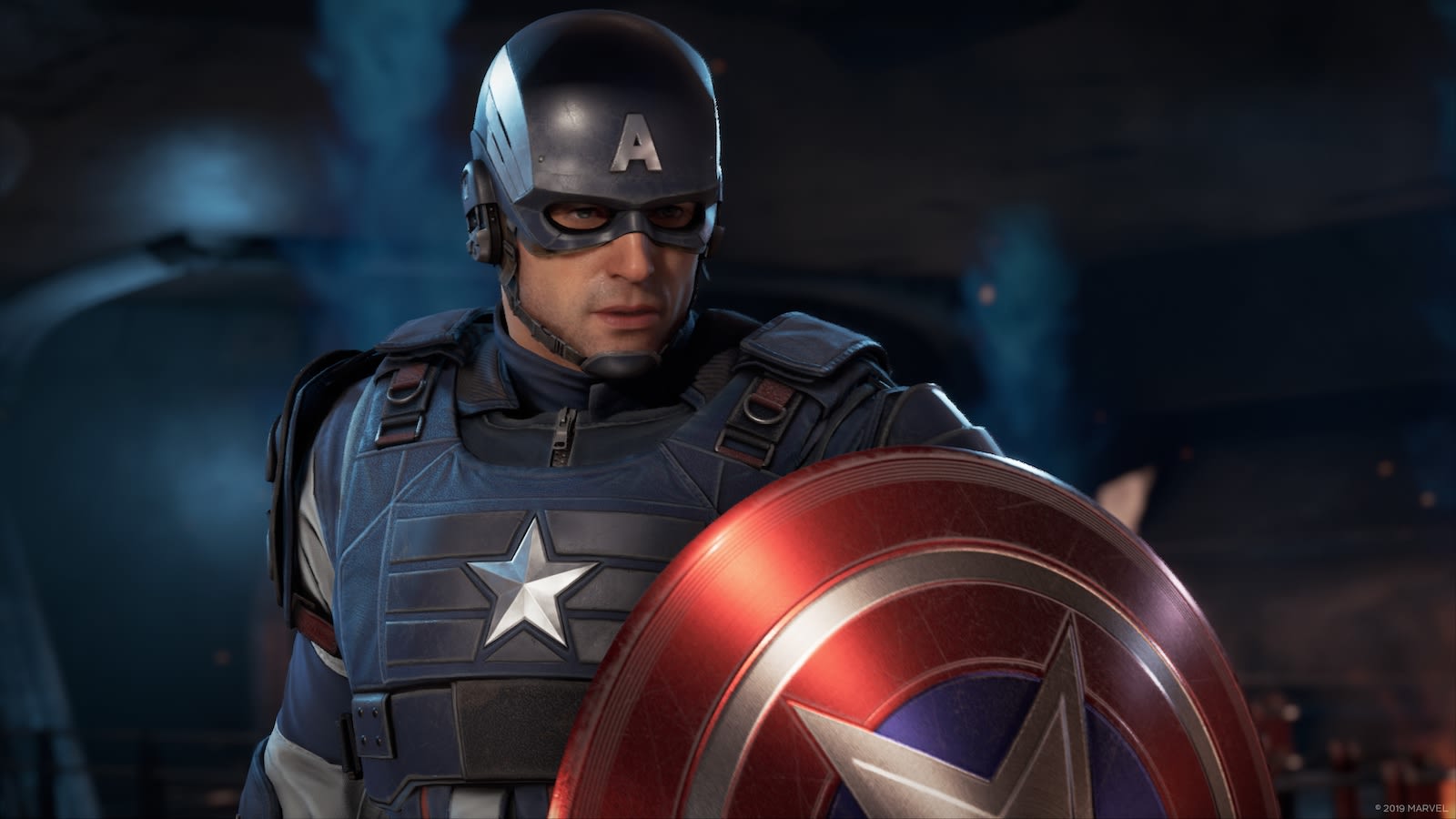 This is where the game’s RPG elements enter the picture. Avengers features an upgrade system where players can equip items and add perks to individual pieces of gear. Each accessory varies in rarity, and the less common the equipment, the better its perks. The heroes have customizable skill trees as well, and there are plans to add dozens of skins from the Marvel vault for each character. Some of these outfits will be unlocked with progress, while others will only be available for purchase (though none of them will alter how a character actually plays). Otherwise, every fresh character drop and new region will be free for all players.

Crystal Dynamics promises that all of these details will add up to a rich and varied action game worthy of the Marvel brand. However, everything the studio has shown off so far has been stale, derivative and disappointing. As it stands, Avengers is shaping up to be a functional action game. It’s perfectly fine. However, in a world of superheroes, functional isn’t enough.