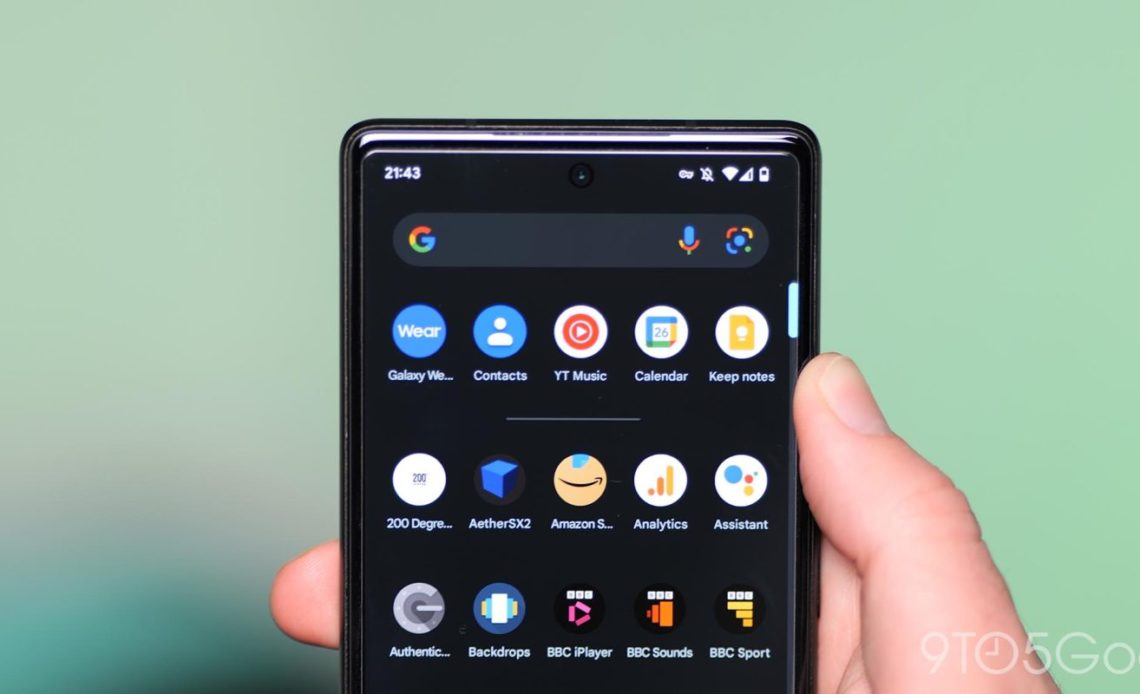 Google is rolling out Android 13 Beta 3.2 this afternoon, and it brings more user-facing changes, especially to the Pixel Launcher, than usual for a patch.

Upon manually sideloading Beta 3.2, our Pixel 4a was greeted with the newest Google Lens icon in the bottom homescreen search bar. In March of 2021, Google gave its visual search tool a new logo in the shape of a single-purpose camera complete with flash/viewfinder bulge at the top. It replaced the previous rounded square. The company hoped to “better communicate that tapping that button will open the camera.”

This newer icon appeared in the Google app, but nowhere else, until today in the Pixel Launcher. The standalone app icon/shortcut from the Play Store is unchanged, and Google Photos still uses the previous one as well.

The other change introduced with Android 13 Beta 3.2 is the return of “Always show keyboard” when opening the app launcher. This option never left Android 12, but Google removed it as the company implemented the new combined search experience. The toggle is disabled by default, and you can access it via long-press homescreen for Home settings > Search your phone.

These two changes to the Pixel Launcher join five other fixes that Android 13 Beta 3.2 is meant to address: