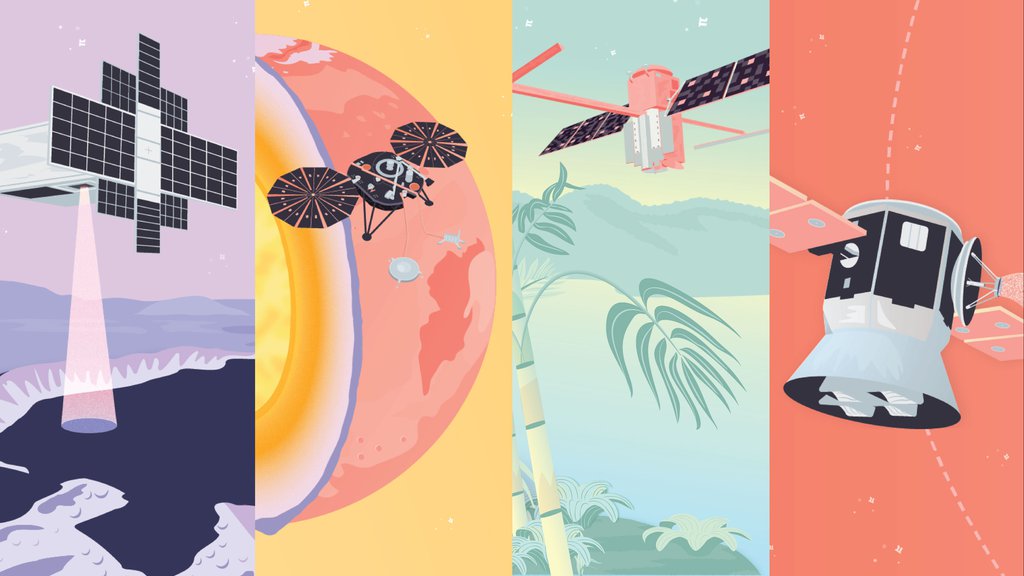 To celebrate Pi Day, NASA’s Jet Propulsion Laboratory is serving up a series of science and engineering questions related to some of the agency’s Earth and space missions.

It’s deliciously reliable, like cherry pie: Divide the circumference of any circle in the universe by its diameter, and you will always get the same number, pi, aka the Greek letter π. In fact, NASA relies on pi for all sorts of applications.

Though it has an infinite number of decimals, the mathematical constant is usually abbreviated to 3.14, which is why Pi Day is celebrated on March 14. To mark the occasion this year, the STEM engagement office at NASA’s Jet Propulsion Laboratory in Southern California has released a quartet of illustrated science and engineering questions related to NASA missions: the upcoming Lunar Flashlight and SWOT (Surface Water and Ocean Topography) missions, along with InSight and TESS (Transiting Exoplanet Survey Satellite).

For example, one problem concerns Lunar Flashlight’s mission to look for water ice in permanently shadowed craters on the Moon – an important resource for future crewed missions to the lunar surface. The small spacecraft will send infrared laser pulses to the Moon’s surface and measure how much light is reflected back. For the NASA Pi Day Challenge, problem-solvers can use pi to find out how much surface area will be measured in a single pulse of Lunar Flashlight’s lasers.

Answers to all four challenge questions will be made public on March 15.

Now in its ninth year, the NASA Pi Day Challenge is accompanied by other pi-related resources for educators, K-12 students and parents, including lessons and teachable moments, articles, downloadable posters, and web/mobile backgrounds.

More on the NASA Pi Day Challenge from JPL: