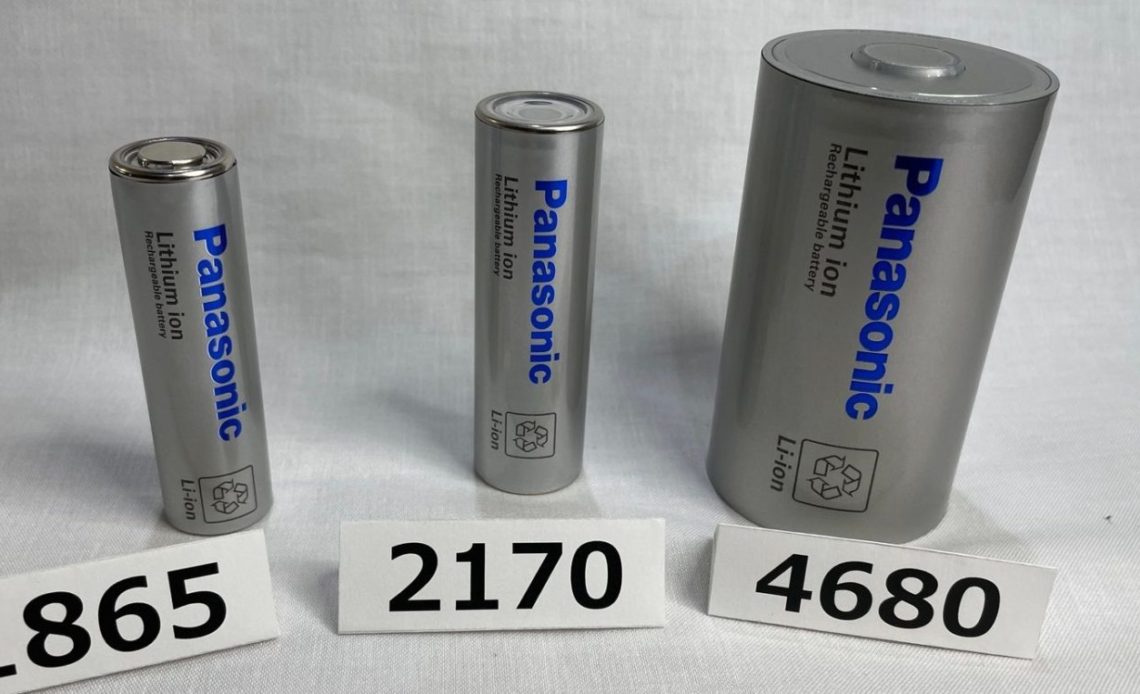 Panasonic has today unveiled its new 4680 battery cell built for Tesla and it plans to start “test production” early next year.

Last year, Tesla unveiled its plan to produce its own new tabless battery cell in a bigger format with a new chemistry.

The automaker claims to have solved some major issues that were preventing the industry from producing bigger cylindrical Li-ion cells in a new format called 4680.

Tesla’s new 4680 battery cells have the potential to be cheaper, more efficient, and therefore enable a longer range or smaller battery packs.

The automaker had to develop new manufacturing processes in order to make the battery cell, and it plans to deploy those at scale in its own new battery factories being built near Berlin, Shanghai, and Austin.

On top of that, Tesla is also partnering with current battery suppliers to deploy their own production of the new 4680 cell.

Panasonic, Tesla’s oldest battery partner, has tentatively announced that it would be deploying a prototype production line for the new battery cell.

Today, Panasonic unveiled the Tesla 4680 cell for the same time at a media roundtable (via the Wall Street Journal):

The head of Panasonic’s battery unit, Kazuo Tadanobu, said the new cell has five times the capacity of smaller previous models. He said the battery was developed in line with Tesla’s needs and Panasonic planned to supply it to Tesla, but he declined to give details.

Tadanobu added that Panasonic is currently aiming to start “test production” of those new 4680 cells at a plant in Japan in March 2022.

Tesla recently confirmed that it plans to deliver the first vehicles with its new 4680 battery cells next year.

The automaker said that production at its own pilot production line in Fremont would supply early cells for those first vehicles, but it would quickly need partners, like Panasonic, and its own new production facilities in Berlin and Texas to support larger volumes.

Other battery manufacturers, like LG, Samsung, and CATL, have all also indicated that they aim to produce 4680 cells for Tesla.