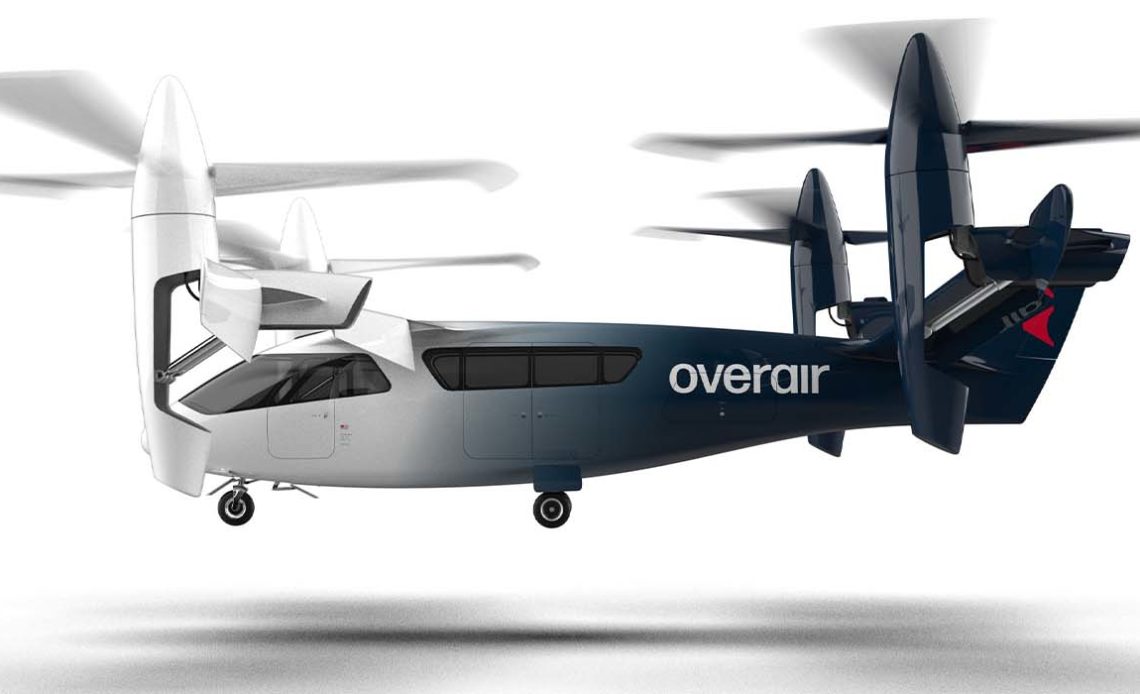 Electric vertical takeoff and landing (eVTOL) developer Overair has announced the acquisition of an additional $145 million in funding from aircraft technology specialists Hanwha Systems and Hanwha Aerospace. In addition to its continued investment, Hanwha will provide electric motors and battery packs for Overair’s Butterly eVTOL prototypes, which remain on track to take to the sky next year.

Overair is an advanced air mobility specialist based in Santa Ana, California, that was spun out of Karem Aircraft in 2020. Its team has used decades of combined aerospace experience to develop Overair’s flagship eVTOL, Butterfly, which originally debuted in 2021.

The Butterfly’s current design can carry five passengers plus a pilot, or 1,100 pounds of cargo, and it will be able to reach a top speed of 200 mph – all while traveling about 100 miles on a single charge. Overair hopes to bring this eVTOL to production, where it can serve as alternative transportation to congested metropolitan areas like Los Angeles.

Like other eVTOL companies we have covered, Overair is working with Urban Movement Labs (UML) to create a safe, equitable, and sustainable path to eVTOL transportation on the West Coast.

Up until this point, the Overair team has only completed full-scale propulsion testing. Progress, yes, but the Butterfly has yet to be built. Following its latest announcement, Overair has confirmed a new influx of funding to get its eVTOL prototype into the air.

With new funding, Overair is on track for eVTOL flights in 2023

Overair shared news of its latest investment funds in a press release today, which includes R&D cooperation with its investors – Hanwha Systems and Hanwha Aerospace. Sungchul Eoh, CEO of Hanwha Systems, spoke about the decision to invest in Overair and its eVTOL technology:

Hanwha’s basic principles for new business development is to focus on ‘Disruptive Innovation’ that can uproot and shift the market and technology trends based on its core capabilities. In alignment with its core capabilities as well as its main businesses, Hanwha is selecting ‘Game Changer’ businesses that it can really excel in the future, and [the] eVTOL vehicle is one of the ‘Game changers. With regard to our investment decision in Overair, we assessed that the company had the numerous patients and core technologies required to develop highly efficient, low noise vehicle. Therefore, we expected that Overair would be capable of developing superb vehicle that can satisfy the requirements for safety, efficiency, speed, low noise, and environment-friendly feature. We see the potential of Overair’s Optimum Speed Propulsion system and we will continue to work together to find synergies and bring this breakthrough technology to the world.

In addition to its investment, Hanwha plans to provide the electric motors and battery packs to the Overair eVTOL prototypes, which remain on track to begin test flights in the second half of 2023. Overair Cofounder and CEO Ben Tigner spoke about the investment and next steps:

This is a tremendous milestone for our growing team, and we’re extremely well positioned to deliver sustainable aerial ridesharing to the world through the development of Butterfly. We’re exactly where we want to be, building a superior aircraft company with class leading mobility technology around an unrivaled aircraft while rapidly approaching the first flight of a purpose-built prototype next year. We’ve proven Butterfly’s propulsion system, so we’ll now begin validating Butterfly’s ability to operate safely in real-world weather conditions, carry significant payloads, and fly incredibly quietly.