Ørsted is first in US to operate solar, wind, and storage at utility scale 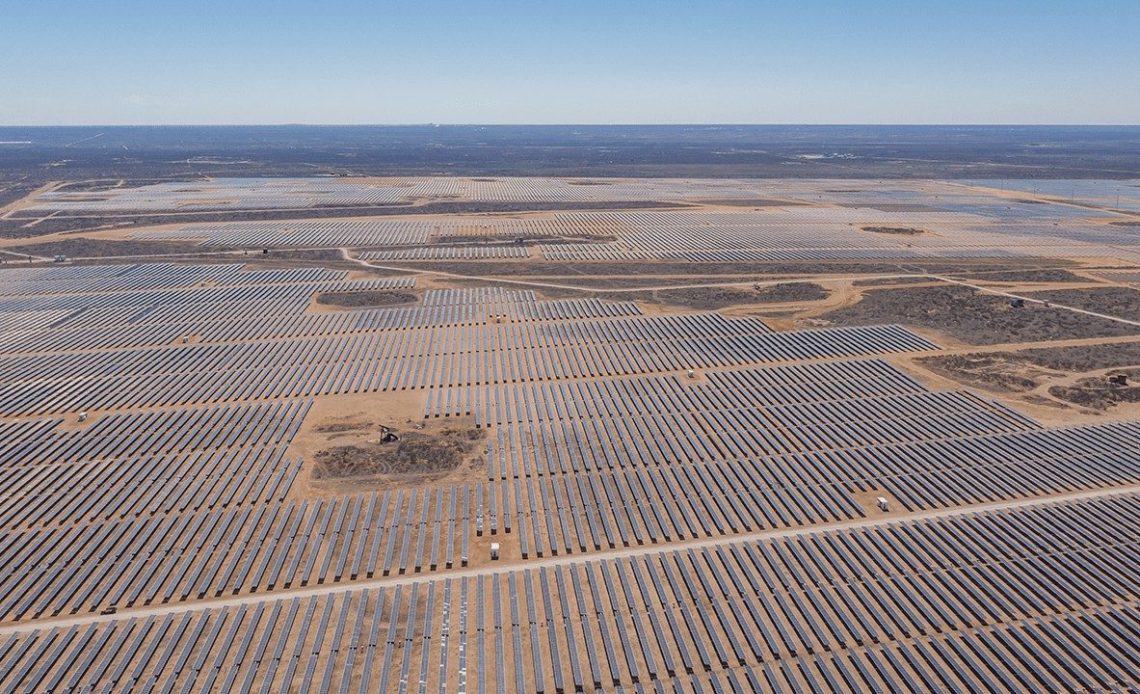 Danish clean energy giant Ørsted has just completed its very first utility-scale solar plus battery storage project, and it’s in the US.

Its Permian Energy Center project (pictured above), a 460 MW solar and 40 MW battery storage facility, is in Andrews County, Texas.

Electrek first noted Ørsted’s expansion into solar in September 2020. All of the new projects it completes in 2021 will be onshore, and most will involve solar.

On April 26, pharmaceutical giant Merck entered into an agreement to purchase energy from Ørsted’s Armadillo Solar Center in Navarro County, Texas. The Armadillo Center is expected to be operational by early 2023.

The Permian Basin in west Texas, historically known for producing natural gas and oil, is increasingly seeing the rapid growth of solar and wind, and Ørsted is playing its part.

As Ørsted explains, the Permian Energy Center project is “located on a 3,600-acre site alongside existing oil and gas installations and will supply growing West Texas demand for electricity.” The project’s 1.3 million solar panels will power more than 80,000 households.

Permian Energy Center brings Ørsted’s onshore installed capacity to 2.1 GW out of its total operational and under-construction onshore portfolio of 4 GW across the US.

Permian Energy Center is a significant milestone for Ørsted, making it the first developer to operate the full spectrum of new renewable energy technologies at utility scale in the US — onshore and offshore wind, solar PV, and storage.