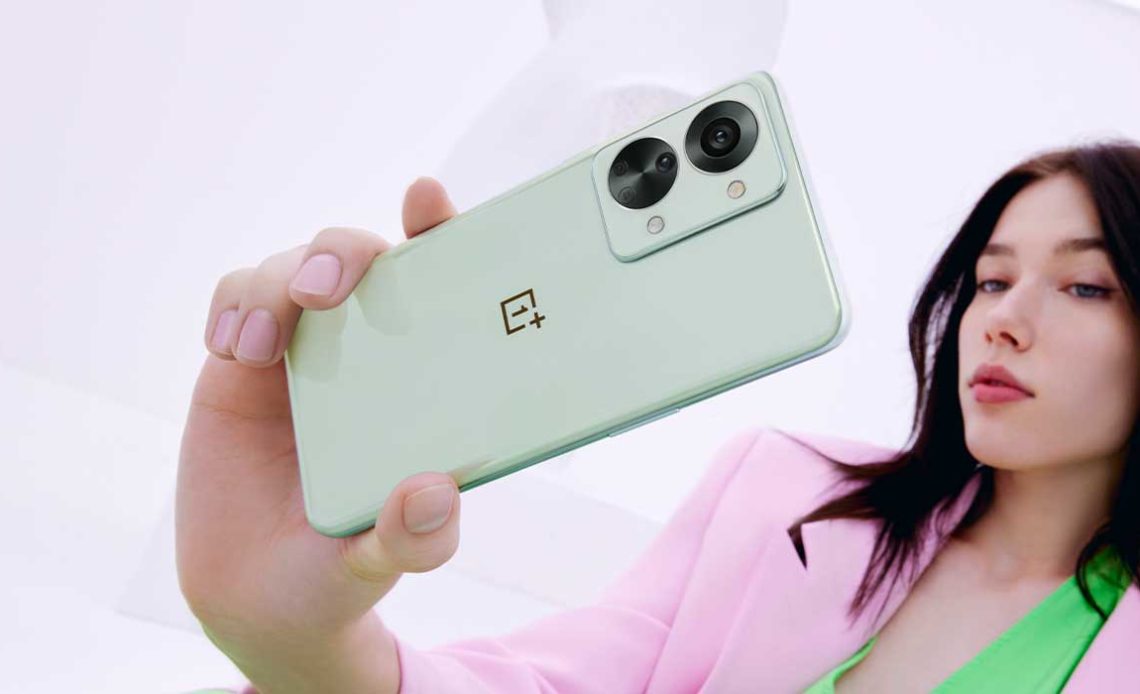 The OnePlus Nord 2T has now officially been unveiled as a follow-up to last year’s mid-range Nord 2.

Almost paying homage to the recently dropped OnePlus T-series mid-cycle refresh path, the Nord 2T includes incredibly modest updates and upgrades over its predecessor. Almost all of the same internals and base design have been retained.

It starts with a 6.43-inch FHD+ 90Hz flat AMOLED display with an in-display optical fingerprint reader and upper-left punch-hole notch. Internally, OnePlus has upgraded the processor in the Nord 2T with the MediaTek Dimensity 1300, which is paired with 8 or 12GB of LPDDR4X RAM, and either 128 or 256GB of UFS 3.1 storage.

The battery capacity has not changed with a 4,500mAh dual-cell utilized again. However, the charging speed has increased to 80W and is said to go from 0 to 100% in under 30 minutes. This may vary in real-life scenarios though.

In terms of camera hardware, the OnePlus Nord 2T includes a very familiar triple camera setup at the rear that consists of a 50-megapixel Sony IMX766 sensor with optical image stabilization (OIS), an 8-megapixel ultra-wide camera with a 120-degree field of view, allowing it to capture more of every scene, and a 2-megapixel monochrome lens. The selfie camera is rated at 32-megapixels and features electronic image stabilization (EIS).

The device ships with OxygenOS 12.1 atop Android 12 pre-installed and is eligible for two further full OS upgrades alongside three years of regular security patches. Prices in Europe start from €399 for the 8/128GB variant and €499 for the 12/256GB variant with the OnePlus Nord 2T coming in Gray Shadow and Jade Fog colorways. The Nord 2T will officially go on sale from May 24 but available for pre-order from May 19 at OnePlus.com.

Joining the Nord 2T is the Nord CE 2 Lite, which is an entry-level model for the mid-2022 OnePlus lineup. It comes with a 6.59-inch FHD+ 120Hz LCD panel and utilizes the Qualcomm Snapdragon 695 processor alongside 6GB of LPDDR4X RAM and 128GB of storage. The battery is rated at 5,000mAh and 33W charging is included.

The Nord CE 2 Lite includes a triple rear camera setup that consists of a 64-megapixel main sensor, 2-megapixel depth sensor, and 2-megapixel macro lens. While the selfie camera is rated at 16-megapixels.

Like the Nord 2T, the OnePlus Nor CE 2 Lite will ship with Android 12.1, and it too will receive at least two full Android OS upgrades and three full years of regular security patches. This more affordable package will be available starting at €299 in European markets in Black Dust and Blue Tide colors.