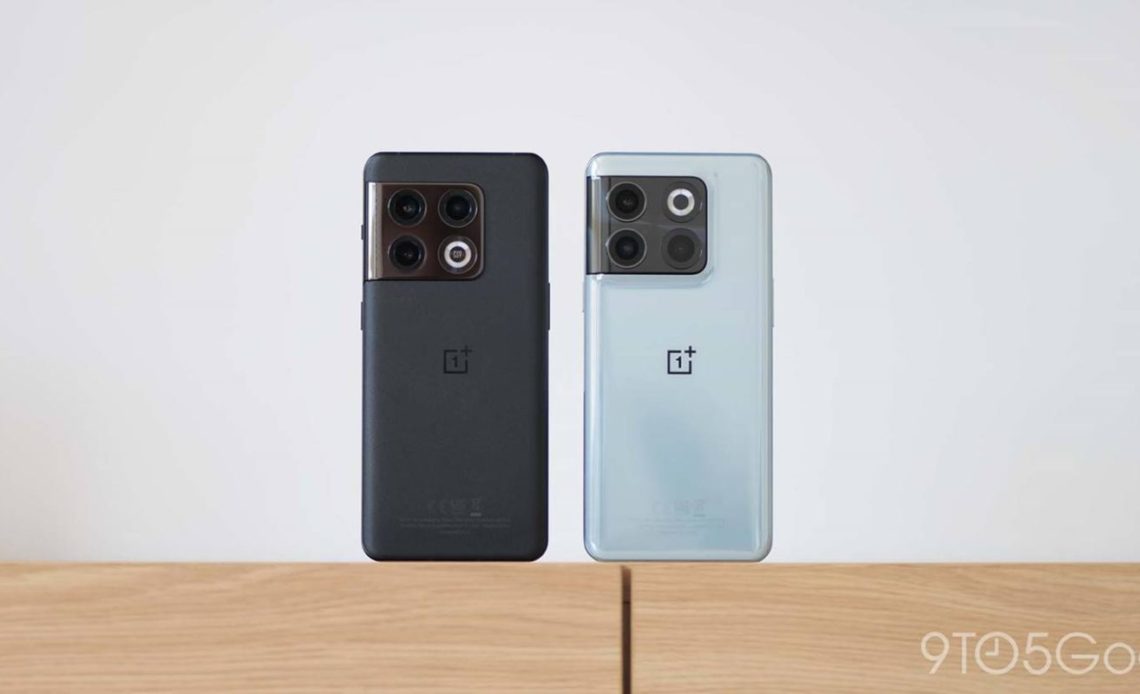 After skipping the T-series last year, the OnePlus 10T is here, and while it offers some upgrades over the OnePlus 10 Pro, you might be wondering what is different. Here’s everything you need to know.

If you want a major upgrade, then look elsewhere. The OnePlus 10T may be newer, but it comes with a few nips and tucks so that it does not upstage the top-tier “Pro” model. In years prior, OnePlus has often refined in every area with the mid-cycle update, but this time it’s a confusing handset that feels better in some ways and worse in quite a few others.

When choosing between the OnePlus 10T and the OnePlus 10 Pro, you’ll notice some key hardware differences between the duo. Ordinarily, the T-series offers improvements over the previous generation, but there’s a little extra nuance this time around.

The stature of each device is similar, with 6.7-inch screens and even familiar aspect ratios. The OnePlus 10T has a more gesture-friendly flat AMOLED panel, while the OnePlus 10 Pro is curved. That’s not all as while both screens are rated at 120Hz, the 10T is capped at FHD+. You can tune the OnePlus 10 Pro to QHD+ if you want the best possible viewing experience.

The OnePlus 10T internals offer quite a step up over the OnePlus 10 Pro. A headline addition is that of the Qualcomm Snapdragon 8+ Gen 1 processor, with notable performance gains. That’s not all as you can even get a whopping 16GB RAM option, which is the most on any OnePlus phone to date.

You do get the advantage of a 512GB storage configuration with the OnePlus 10 Pro, but it’s hard to deny that the OnePlus 10T has a more enticing set of core specifications. An in-display optical fingerprint scanner is found on both phones and both are fast and fluid. Sadly, the immensely popular and signature Alert slider has been removed from the OnePlus 10T. This means that quickly adjusting ringer settings on the fly requires an unlock.

OxygenOS 13 was announced alongside the OnePlus 10T, but it won’t be coming for a little while yet. In terms of the daily software experience, the 10T and 10 Pro are practically identical. You get access to all of the same core functions and features that we detailed in our deep dive in OxygenOS 12 late last year.

No major new features have been added. The latest version of OxygenOS certainly resembles ColorOS found on Oppo smartphones. OnePlus has committed to three major Android platform upgrades for the OnePlus 10 Pro and OnePlus 10T. Four years of security patches are also promised, but this often follows a bimonthly cadence. This means that both devices should be eligible for the Android 15 update at some point in 2025.

The OnePlus 10T has a couple of distinct advantages over of the OnePlus 10 Pro in the battery stakes, but a few frustrating downgrades that might annoy potential buyers.

While the 10T has a smaller internal cell – 4,800mAh versus 5,000mAh – the lower resolution FHD+ display might help increase longevity. Then factor in the 30% CPU power efficiency gains and things start to favor the newer model.

What’s frustrating here though is not the lifespan, which is pretty solid across the OnePlus 10T and 10 Pro, it’s actually the lack of charging options – on the latest model specifically. There is no wireless charging of any type. Yet the feature is available on the vastly cheaper OnePlus 9.

Instead, there is, frankly, ridiculous 150W wired charging available out of the box. In practice, this can fill the battery in less than 25 minutes. OnePlus has said that with enhanced cooling and battery health management the 10T should retain 80% of its original 4,800mAh capacity after 1,600 charge cycles.

From a raw camera perspective, the OnePlus 10 Pro has far greater hardware across the board. An ace up the OnePlus 10T sleeve is the inclusion of the impressive Sony IMX766 50-megapixel main sensor, which you may remember was utilized as the wide angle on the OnePlus 9 series.

Comparing the two camera systems side-by-side is tricky. The 10T has a better main sensor but lacks the tuning found on the 10 Pro even with lower-resolution optics being utilized. Move beyond the main wide lens, and it’s a no contest. The OnePlus 10 Pro has far greater flexibility with a 50-megapixel ultra-wide-angle sensor plus the ability to punch in with an 8-megapixel 3.3x telephoto.

Annoyingly, a 2-megapixel macro shooter is found on the 10T and this is likely to help bolster the triple camera setup rather than offer anything valuable to most people. The 8-megapixel ultra-wide is also average and best and poor at worst.

It’s not clear why, but OnePlus does not offer any sort of Hasselblad branding on the 10T. That means that while the camera hardware is comparable, you don’t get some of the advanced tuning or unique Hasselblad features out of the box.

There are a few features that have made the jump though despite the Hasselblad seal of approval. Both phones include Dual View video support, the interesting Tilt-Shift mode, HDR video recording support plus much more.

OnePlus 10T vs. OnePlus 10 Pro: Should you upgrade?

Unless you simply must have a flat-screen and the latest Snapdragon processor, the OnePlus 10 Pro, simply put, is a far better smartphone in almost every regard. The OnePlus 10T lacks a lot of the key features that make it’s Pro sibling an out-and-out flagship phone.

While there are some undoubted benefits, it’s not to feel like the OnePlus 10T is merely a souped-up Nord 2T with many of the same limitations. In years prior, OnePlus made cutbacks in areas that upon reflection made sense. Through recent launches it’s has become difficult to see just where OnePlus places itself in the wider smartphone market.

The OnePlus 10T certainly feels like it is a missed opportunity even at $649, but if we see the OnePlus 11 series in early 2023, it could be that this device has been held back to ensure the upcoming hardware is the de facto flagship. Now that the OnePlus 10 Pro is available at a discount, it’s a far better buy.