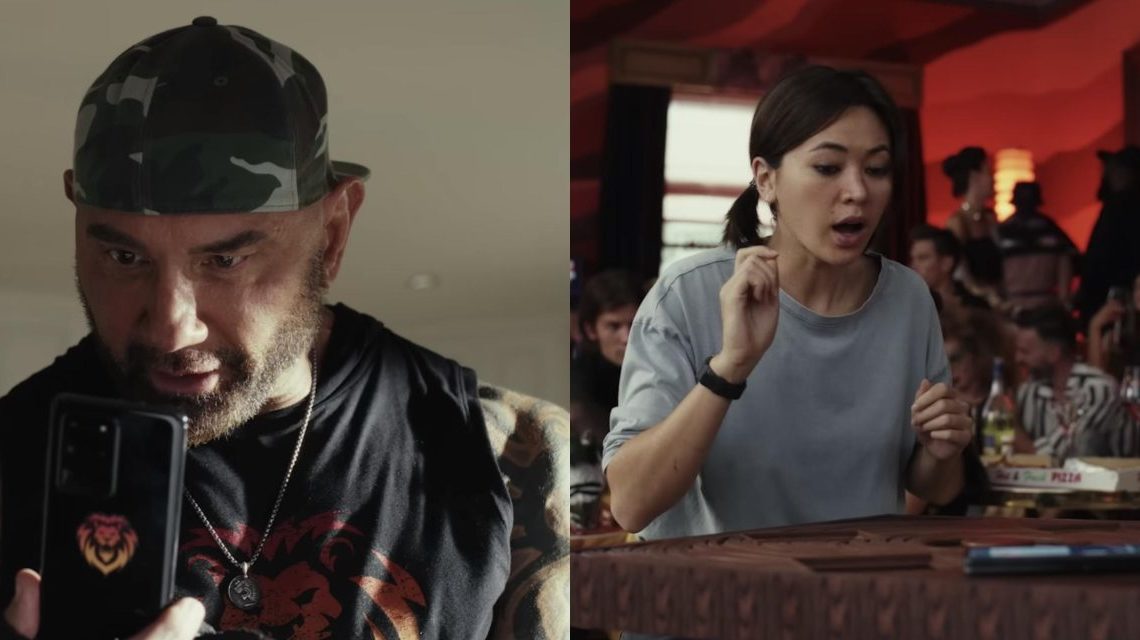 Ahead of availability on Netflix next month, Glass Onion: A Knives Out Mystery is currently in theaters for a limited one-week release. It’s a nuanced film, but one of the more clever things was how Rian Johnson escaped something that the director said was “gonna screw [him] on the next mystery movie. Some spoilers about Glass Onion below.

Update 12/23: Glass Onion: A Knives Out Mystery is now available to stream on Netflix.

Original 11/24: Back in February 2020, Johnson shared how “bad guys cannot have iPhones on camera” and quipped how “Every single filmmaker who has a bad guy in their movie that’s supposed to be a secret wants to murder me right now” for the reveal.

Apple, they let you use iPhones in movies, but, and this is very pivotal, if you’re ever watching a mystery movie, bad guys cannot have iPhones on camera.

In the 2019 film, Apple is listed in the “producers would like to thank” section of the end credits. The character played by Chris Evans prominently uses an Android phone (as well as Chrome and Proton Mail). Everyone else had an iPhone and more than a few people were wearing an Apple Watch.

In the sequel, which was part of an intense bidding war with Apple and Amazon before Netflix won, you see that many of the characters are using Android-powered Samsung foldables. We see several Galaxy Fold and Flip devices actively used by the main cast.

Dave Bautista’s character was on the Fold, while Kathryn Hahn’s had a Flip. Kate Hudson’s also used a normal Galaxy S smartphone. Some liberties might have been taken in terms of device generations with slightly newer models — to my eye — used than what was available when the movie was set in mid-2020.

The wide usage of non-iPhone devices likely serves several purposes. First, to satisfy that Apple edict (in more ways than one…), but also to confuse watchers aware of “bad guys cannot have iPhones on camera.” At the same time, Johnson wants us to be suspicious of the main cast and their non-iPhone usage seemingly confirms that.

There’s also a fourth purpose (the other, bigger way Glass Onion escapes ‘bad guys cannot use iPhones’), but I’d rather not spoil that until more people can watch the movie.

Meanwhile, the iPad Pro makes a humorous appearance and namecheck by Daniel Craig and Edward Norton. Other notable and mildly spoiler-y tech inclusions include:

Glass Onion: A Knives Out Mystery is coming to Netflix on December 23.