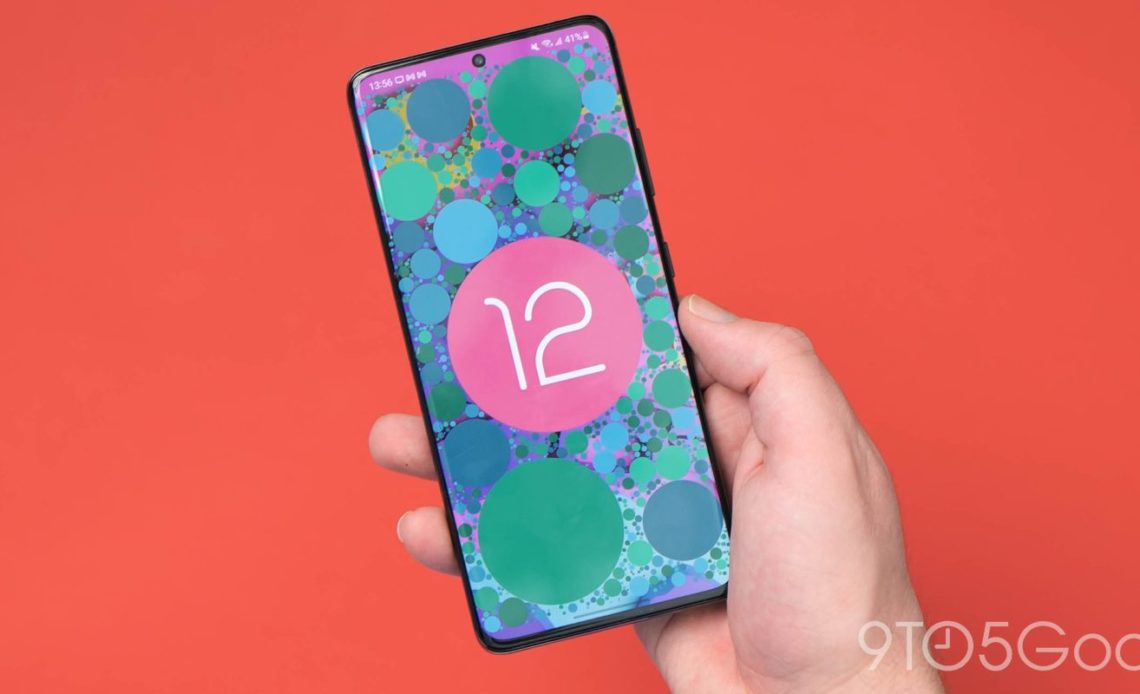 Just a month after the stable Android 12 update dropped for Google Pixel devices, Samsung followed suit by unleashing One UI 4.0 for selected Galaxy devices, including the S21 Ultra.

Unlike the major overhaul we’ve seen on Google’s own smartphones, the changes for Samsung Galaxy smartphones are very minor. That’s not a bad thing – it actually shows just how feature-rich and “complete” One UI 4.0 is since we’re seeing Google’s own Android build play catch-up with Samsung.

You might be waiting for One UI 4.0 to arrive on your Samsung Galaxy smartphone. If that’s the case, then we’ve done a deep dive into all the new things you’ll find in the updated OS.

The biggest new addition to the Google Pixel with Android 12 is the jump over to One UI 4.0, as you may have spotted in the previous Beta. Although not quite as prominent in the Android 12 builds for Samsung devices, your wallpaper color choices can be tied to the rest of your system by way of a color palette.

This is not enabled by default, but One UI 4.0 is able to pick out up to three colors from your on-device wallpaper and – just like on Pixel – theme app and system toggle accents according to the Color palette.

The stable Android 12 update for Samsung Galaxy devices includes a new toggle that even lets you theme system apps according to your color accenting. This is not as extensive as the “Themed icons” found on Pixel hardware, but it offers a way to complete your system theme.

It’s also worth noting that any apps updated with Material You theming will also adhere to the color palette settings on your device. This creates a level of cohesion not seen previously on Samsung devices.

It wouldn’t be a major Android update without some camera UI tuning and tweaks. The default layout now hides a few of the camera options, but these can be adjusted at any time to better suit your own personal preferences.

A major change is that the more abstract zoom indicators have been simplified in One UI 4.0 to just tell you what zoom level you are currently at. This makes things much easier at a glance and cleans up what was a messy and somewhat confusing UI element.

Should you use the AI scene detection mode, the pop-ups will now only appear given context. For example, the document scanner will only appear if bodies of text are identified within the viewfinder. Similarly, the Night mode will be recommended in low light, while the focus enhancer will appear if you are close to a subject.

Samsung has reduced the shutter press delay when recording video on Galaxy devices in One UI 4.0 too. Previously, you had to let go of the shutter button before the recording would start. Now it will initiate as soon as you hit the toggle. Other improvements include some changes to the Pro mode, including a few font and layout enhancements for a more cohesive feel.

To help improve the long-term health of your Galaxy device, One UI 4.0 includes a new battery toggle that will limit the maximum charge capacity to just 85%. This can be enabled if you want to ensure that your battery health remains solid no matter how long you hold on to your Galaxy phone.

While Gboard has the infinitely cooler Emoji Kitchen, the default Samsung keyboard has added a cool dual emoji GIF option that lets you animate emoji pairs in a number of ways. It’s completely unnecessary but still a really neat option that might prove popular, especially as you can combine a range of popular emoji together in quite a few ways. It’s just a shame that they’re in the Samsung style…

Like many options carried over from the initial One UI 4.0 Beta phase, RAM Plus is another long-term system boosting tool. Effectively, RAM Plus can partition 4GB of on-device storage and use this as virtual RAM for quick access and, potentially, improved performance.

With older and less capable Galaxy smartphones this will undoubtedly help, but this isn’t the same as physically adding 4GB of RAM to your device. It could help if heavy apps are taking up system resources or you want to play more demanding games and are happy to sacrifice other app performance levels.

A core tenet of Android 12 is that of enhanced privacy, and that starts with the new Privacy Dashboard. Think of this as a “hub” for any and all of the times an app or system has accessed or adjusted certain permissions on your Samsung Galaxy phone. Although amalgamated into the “Privacy” section of device settings, this is offers at a glance information that you can act upon.

The added privacy controls do not stop there as new toggles and status bar indicators are also present to help you better understand if or when apps are accessing your on-device camera or microphone.

You’ll see a green icon or dot in the upper right portion of your Galaxy display to denote whether the microphone or camera has recently been accessed. Expanding the notification quick settings and tapping the icon will show which app has recently accessed each piece of hardware.

Location-based data is core to many apps, but in One UI 4.0 and Android 12, you’re able to allow apps to either a “precise” or “approximate” location. This includes a new pop-up when an app first requests access to GPS information. You’re able to adjust this setting at any time. With the ability to give an approximation of your position, Android 12 adds a layer of obfuscation for enhanced safety without affecting app usability.

You may not use the default Samsung Gallery app, but it has gained some added flavor and functions with Android 12. You’re afforded more photo and video editing options, including an emoji picker and an “object eraser” feature that is similar to the Magic Eraser option found on the Pixel 6 and 6 Pro.

Search suggestions within the main Gallery UI have also been improved and enhanced for better pinpointing and management of your on-device media. Media album covers are also included within deeper sections here for the first time. Another notable change is that you’re able to see detailed image geolocation data with the ability to adjust metadata on your device easily.

There are a number of “minor” UI tweaks and tuning in One UI 4.0 that don’t necessarily affect or adjust the daily experience all too drastically. These include:

One UI 4.0 lets you customize the lockscreen Always-on display further than ever before. You can set the AOD to only activate when a new notification arrives. There are now even more widgets available, including the Voice Recorder app.

Within the Settings app, you’re able to make more adjustments to suit your exact needs with increased options for reducing UI transparency and blur for better visibility.

You can also customize Flash notifications either using the camera flash or with a screen flash from within the Accessibility settings. From there you can set a full-screen color flash when you get a notification from an app that may help you instantly work out which app has sent a notification. It’s worth noting this only applies when your phone is unlocked and works in tandem with the Edge Lighting feature – if enabled.

When will my Samsung Galaxy get One UI 4.0?

The initial rollout of Android 12 for Samsung Galaxy devices is limited to just a few select models. If you have the Galaxy S21 series, then you should already be able to update your device, and a beta is opening up for older Galaxy smartphones and foldable hardware too.

Samsung has confirmed the roadmap for the full One UI 4.0 rollout with over 45 devices eligible as of November 2021. This includes A-series, S-series, Tab-series, Fold, and Flip-series smartphones and tablets.