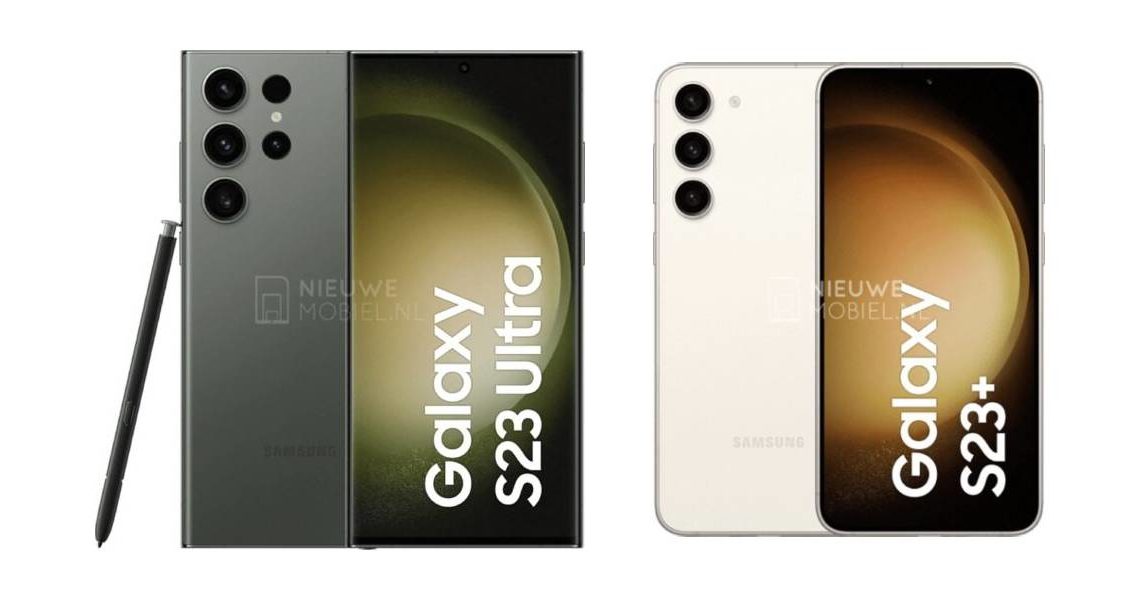 Nieuwe Mobile, a publication based in the Netherlands, posted what appear to be official marketing images of the Galaxy S23+ and Galaxy S23 Ultra, showing off the two phones in all four main color variants as well as from every angle. As previously reported, those colors include Phantom Black, Cotton Flower, Botanic Green, and Misty Lilac.

But really, there’s not much new to learn here.

The Galaxy S23+ is depicted as exactly what it is, a larger version of the standard Galaxy S23. The device has clear iPhone inspiration going on, with its polished, flatter sides. Though the design is distinctively Samsung, and feels familiar compared to the company’s past several flagship launches.

Meanwhile, the Galaxy S23 Ultra is shown off as an updated version of the Galaxy S22 Ultra that was a big hit among customers. The design is virtually identical on the whole, with squared-off sides, a metal frame, and curved glass on both the front and back.

A nice evolution between Samsung’s previous Ultra phones is that, this time around, the Galaxy S23 Ultra comes in the same four color variants as the rest of the lineup. For the Galaxy S22 Ultra, as one example, the phone was available in black, green, burgundy, and white colors, while the rest of the S22 lineup included nice pink and purple colors. The difference was even more obvious on the Galaxy S21 Ultra, which was only available in black and silver colors.

Evan Blass also shared a handful of Galaxy S23, S23+, and S23 Ultra images without watermarks and in higher resolution a few hours after these initial images hit the web.

Samsung is set to launch the Galaxy S23 series on February 1, with reservations open now to allow interested customers to secure their place in line and get up to $100 in credit with their pre-order. Reservations are free and hold no commitment either.