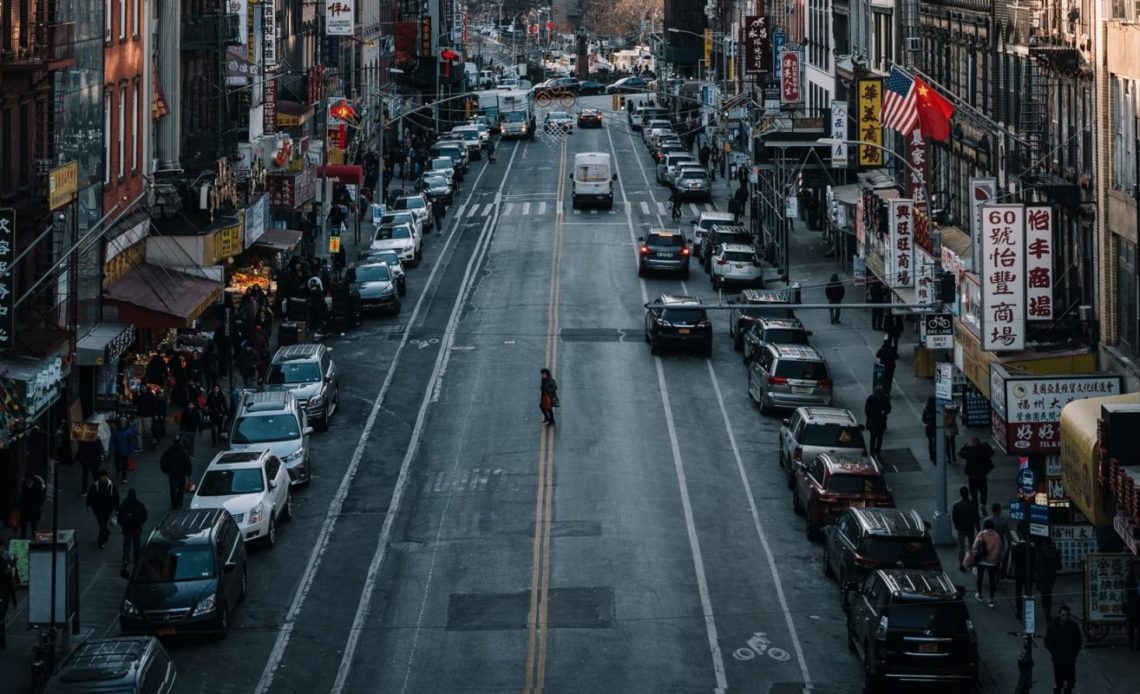 Back when COVID-19 ravaged New York City and turned the city’s transportation needs upside down, significant portions of the road space were repurposed for non-car use. From bike lanes to public seating and urban parks, roads that previously saw gridlocked traffic were nearly instantly transformed into public spaces that benefitted a wider group of residents.

After being forced to realize the benefits of such repurposing of streets, the city is now asking, “Why shouldn’t it just stay that way?”

It’s all part of a new plan known as NYC 25×25, which is backed by NYC mayor Eric Adams.

The proposal calls for 25% of NYC’s street space to be converted into walkable pedestrian plazas, bike lanes, green space, and bus lanes by 2025.

The logic goes that the vast majority of NYC’s streets being dominated by cars doesn’t benefit most city residents, and it doesn’t really benefit cars either. With traffic-clogged streets moving at an average of 5 mph (8 km/h) in Midtown Manhattan, private automobile transportation in NYC is responsible for a significant portion of the city’s carbon emissions, air pollution, and urban grime.

Meanwhile, pedestrians and cyclists are forced to navigate the crowded fringes of roads, often weaving around parked vehicles and heaps of trash awaiting pickup.

And that’s all before even considering the staggering number of pedestrian and cycling deaths caused by cars in the city.

Repurposing street space would help to both clean the city and better serve its residents.

The executive director of Transportation Alternatives Danny Harris, of the group behind the 25×25 proposal, explained to the Guardian that “space minus cars equals quality of life.”

NYC currently has around 3 million free parking spots lining its streets, which is more than the number of cars registered in the city.

And considering that most NYC residents don’t own a car, but rather use other forms of transportation such as buses, subways, bikes, and walking, dedicating so much space to cars simply doesn’t make sense.

If you live in a place where buying a car and spending $10,000 a year on car-related payments is your only way to get around, then your leaders have failed you and your children. Using streets to simply move and store cars is not optimizing that space. We just got blinded by the car industry and this belief that we should put an SUV in every garage.

Right now, we give most of New York to cars – but imagine if sidewalks were bigger, if you could bike or quickly take the bus anywhere you wanted, if you didn’t have huge mounds of garbage on every single street. As New Yorkers, we think of ourselves as being tough. But that doesn’t mean we have to live in filth, or that we should fear death or injury every time we cross the street.

Transportation Alternatives’ plan for NYC would see the creation of 500 miles (800 km) of dedicated bus lanes, another 500 miles of protected bike lanes, new secure garbage containers to prevent the piling of garbage mounds on sidewalks, and widespread community use of car-free roads.

Ultimately, it would result in the equivalent of 13 Central Parks worth of public space to be reclaimed from cars.

The plan has been endorsed my NYC mayor Eric Adams, who said last month that “these are our streets, and it’s about riding, skateboarding, walking. You know, this is a good place you could come shop, sit down, spend time, and just enjoy the outdoors.”

The trend is part of a larger movement that seeks to turn cities around the world from car-centric to people-centric, creating more bikeable and walkable areas that still help move residents around without the negative impacts of cars.

Cities like Paris are leading the charge with car bans in the city center, an increasingly popular method for governments to create navigable cities that are friendly to pedestrians and personal vehicles like bikes and scooters.

Many countries also offer tax incentives to citizens that choose to ride bikes instead of driving cars. The US flirted with its own e-bike buying tax incentive that seems to have stalled in Congress, though US cities like Denver are going it alone with their own e-bike tax rebates programs.

Should NYC be shifting over dominance of its streets from cars to people? Should your own city be doing the same? Let’s hear your thoughts in the comments section below.