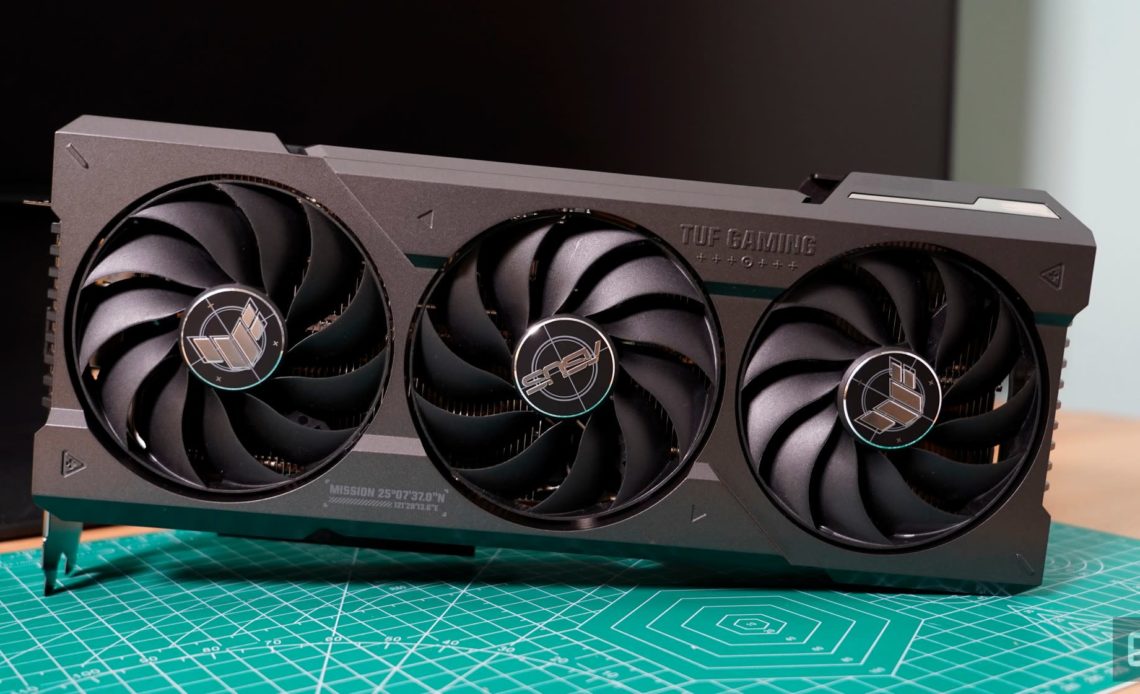 After announcing two RTX 4080 cards a few months ago, NVIDIA surprised us all when it “unlaunched” the $899 12GB model. Given its much lower specs, there were plenty of complaints that it seemed a bit too expensive to be called a 4080. So now we’ve got the 4070 Ti at $100 less, with the same 7,680 CUDA cores and 12GB of GDDR6X memory that the 4080 was supposed to get. Sometimes, yelling at companies online gets results.

Given where it sits alongside the RTX 4080, the 4070 Ti performed exactly as I expected. It clocked in around 20 percent slower in 3DMark’s TimeSpy Extreme Benchmark, as well as the Geekbench 4 Compute test. It was also a full 30 fps slower while playing Halo Infinite in 4K with maxed out graphics settings. Now those numbers may sound disappointing, but I was ecstatic to see them. Sure, it’s slower, but the 4070 Ti is actually keeping up fairly well with a card that’s $400 more expensive (and in many cases, far more). That’s something to celebrate!

NVIDIA’s DLSS 3 upscaling technology also proved to be incredibly useful once again. I reached a smooth 78fps in Cyberpunk 2077 while playing in 4K with graphics ray tracing settings set to high. And if you need even more frames, you can always bump down to 1440p with DLSS 3, where I managed to reach 90 fps. The 4070 Ti also blew away the Radeon RX 7900 XT and XTX in Blender’s benchmark, though that may have been due to unoptimized drivers on AMD’s part.

If you’ve got a 1,440p monitor running at 120Hz or more, the 4070 Ti is clearly the more sensible purchase in NVIDIA’s new family. Halo Infinite hit 165 fps while maxed out in that resolution, and I saw 130 fps in Control was graphics and ray tracing settings cranked up. And, it’s worth noting, I didn’t encounter any of the odd driver instability that crashed my system multiple times with the Radeon RX 7900 cards. The 4070 Ti was also twice as fast as both of those AMD GPUs in Control while using DLSS 3 and ray tracing in 1440p and 4K.

The ASUS TUF 4070 Ti I reviewed retails for $849, but I ran it at the same stock speeds as other $799 cards. The GPU reached 76C after hours of benchmarking and gaming — that’s not as low as the 70C and below temperatures I was seeing on the 4080 and 4090, but those cards also had far more elaborate cooling.

As impressed as I am by the 4070 Ti, every prospective GPU buyer should know that NVIDIA’s 30-series GPUs are still great! And while they don’t have DLSS 3, they still have excellent DLSS 2 upscaling. Best of all, they’re falling in price now that another generation of cards have arrived. You can snag 3060s easily for less than $400, while I’ve seen 3070s falling below $600 regularly. I’m sure we’ll see a 4060 card later this year, but if you’re in a rush, don’t look down on older hardware.

If anything, the RTX 4070 Ti is awful news for AMD. The Radeon RX 4700 XT and XTX are both faster GPUs in many benchmarks, but once you start enabling ray tracing, they practically crumble. And worst of all, they’re $100 and $200 more, respectively. Personally, I’d rather the power of DLSS and the stability of NVIDIA’s hardware and software, over the raw speed of those AMD cards.

While I miss the days of “reasonable” video card prices under $500, the 4070 Ti still feels like a dose of sanity. Unless you’re a high-level streamer or pro gamer, there’s little reason to spend four figures on a video card. $799, though? That’s doable. And if anything, it pushes the prices of other hardware down considerably. Even if you don’t buy the 4070 Ti, we should all be thankful it exists.