Nothing Launcher launches in beta for Galaxy S21, S22, Pixel 5 and 6 series 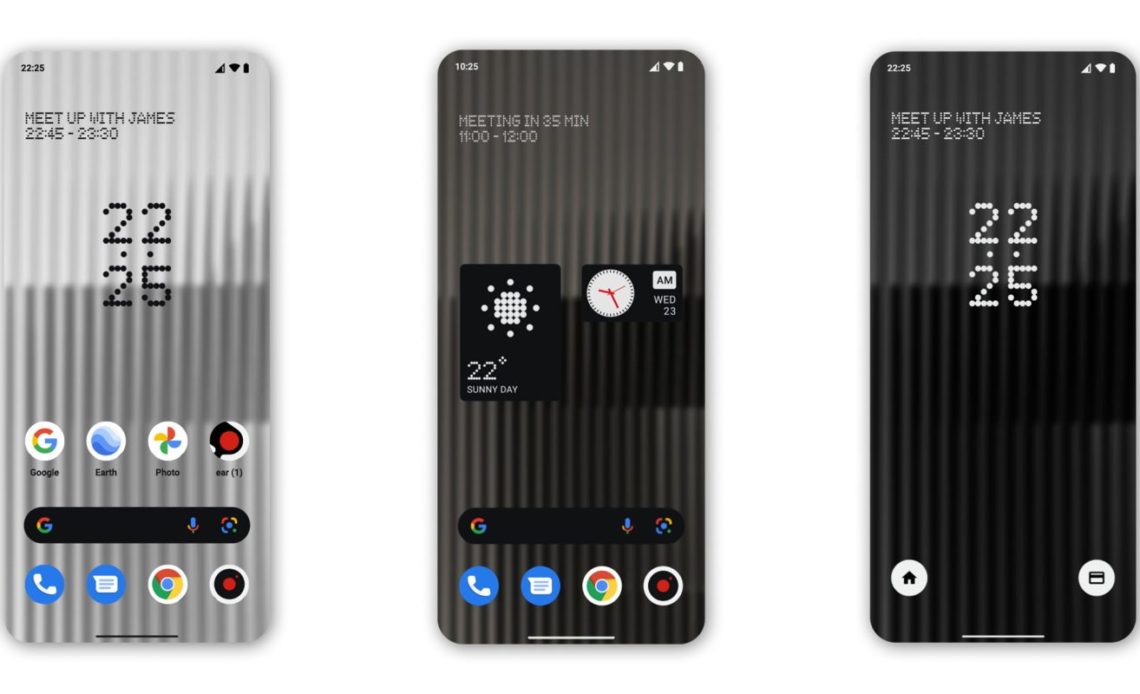 Almost a month on from the announcement that Carl Pei’s Nothing will launch its first smartphone, the company has now released the Nothing Launcher, which gives a taste of the Android-based Nothing OS.

This third-party home screen replacement can be installed on Galaxy S21, Galaxy S22, Google Pixel 5, and Pixel 6 series handsets and includes a number of functions and features that will be at the heart of the upcoming Nothing phone(1) handset. Support for OnePlus devices will be “coming soon.”

As an early preview, the Nothing Launcher includes a number of tweaks and tuning including what Pei’s firm refers to as “Max Icons” and “Max Folders.” This allows you to press and hold app icons or folders and increase the space taken on your home screen. The level of customization is not quite up to the levels of Nova Launcher with a simple AOSP or Pixel Launcher-like approach taken here.

Nothing Launcher (Beta) is a beta preview of Nothing OS. Experience Android combined with our iconic design language. Unique features include Max Icons and Max Folders, as well as bespoke Weather and Clock widgets.

Nothing has a series of unique wallpapers, weather and clock widgets, alongside ringtones to coincide with this new Android launcher. Sadly, there does not appear to be support for the Google Discover feed – something that is becoming more commonplace on various OEM skins of Android.

You can download the app right now on the Google Play Store to get a taste of the upcoming Nothing OS. However, you’ll need to set manually it by heading to Settings > Apps > Default Apps > Default Home App. You can find a guide on how to install the Nothing Launcher on your device below:

If you’d like the Nothing Launcher wallpaper, our very own Dylan Roussel has pulled a hi-res version of the default wallpaper that you can download .