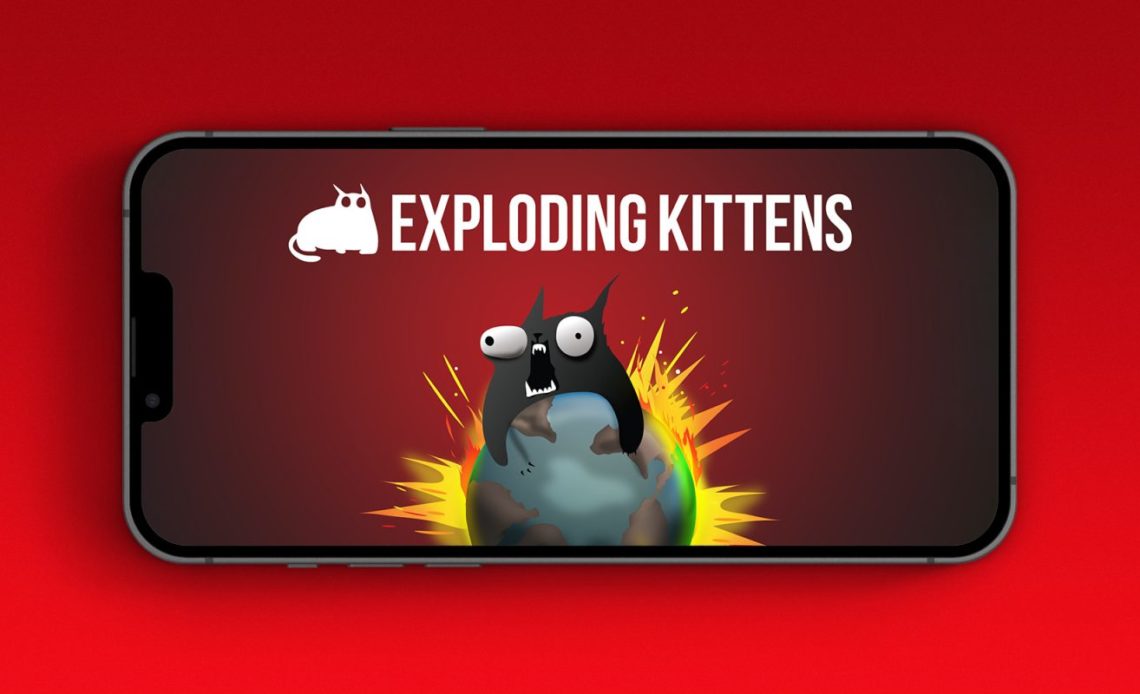 Netflix has been continuing to expand into the gaming sphere for a while. Announced today, the streaming giant and card game Exploding Kittens are collaborating on a mobile game and animated TV series. Exploding Kittens – The Game is “an exclusive version of the beloved mobile game” and will launch next month.

Back in November, Netflix launched its first selection of iOS games for iPhone and iPad. While using Apple in-app purchases, Netflix subscribers can play games like Stranger Things 1984, This is a True Story, Shattered Remastered and more. The company has been gradually adding more and more games to its platform. Netflix is beginning to show itself as a valid competitor in the gaming world.

While there’s already an Exploding Kittens mobile game, the Netflix version will include two exclusive cards at launch, according to The Verge. The games will coexist, and according to a Netflix spokesperson, “any progress, expansion packs, or saves you might have from the current mobile versions won’t transfer to Netflix’s game, as they are two separate titles.”

The game will be available on iOS and Android and is included with a Netflix subscription. There will also be an animated TV series on Netflix titled, Exploding Kittens launching in 2023.