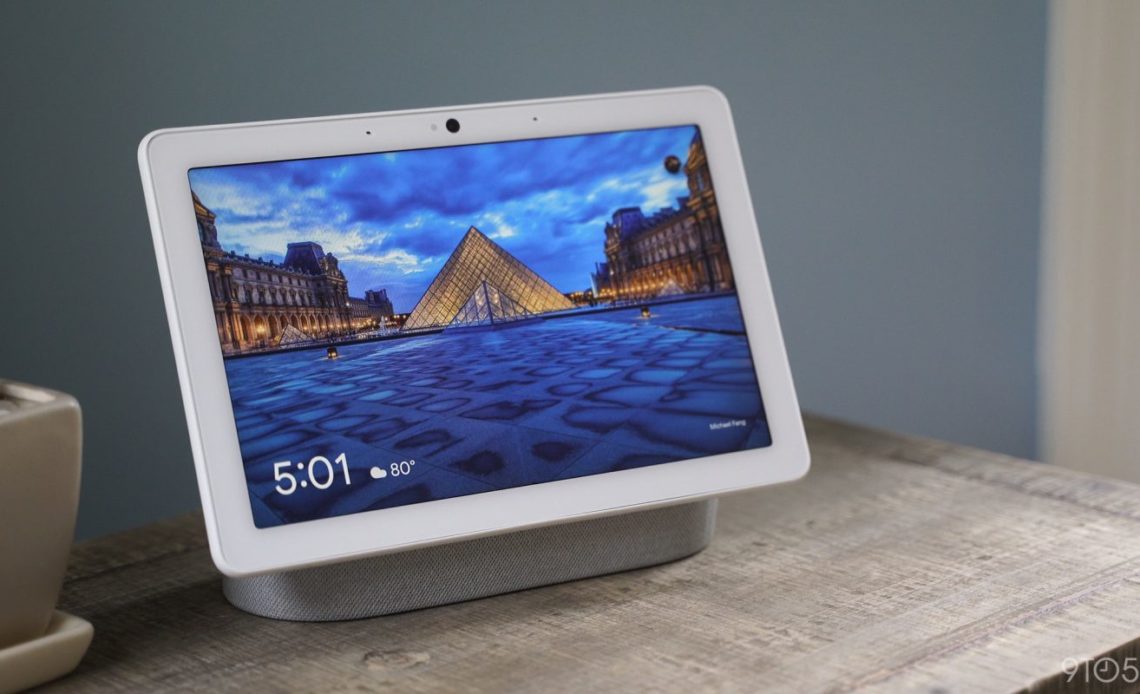 During this past week’s Google I/O keynote, the company officially announced the “Look and Talk” feature for the Nest Hub Max that we’ve been tracking. Now, just a few days later, that feature appears to be rolling out widely.

Available now in the Google Home app via a server-side update, Nest Hub Max owners can turn on the “Look and Talk” feature that allows the onboard camera to detect your glance and activate the microphone for commands without the “Hey Google” hotword. The feature internally carries the codename “Bluesteel,” a quite hilarious little inside joke.

This feature is currently disabled by default, but it’s relatively easy to turn on. To do that, go to the Google Home app, then to your Nest Hub Max, then to that device’s settings. Under “Recognition & sharing,” the feature is under the “Face match” menu. Simply toggle on the setting to get it to work.

While enabling the feature, Google offers a few more details on how the feature works. This includes mention of a 5ft range. You’ll need to be within 5ft for the microphones to turn on. Google also reiterates that Face Match and Voice Match are used to ensure everything is working.

In our testing, Google’s brief explanation certainly seems to line up with how the feature works. Standing in the middle of my kitchen, probably 7ft away, the microphones don’t trigger. It’s not until I get near the counter, closer to 4ft away, that the microphones start listening.