Need to register a leased Tesla in a different US state? Here’s what to know 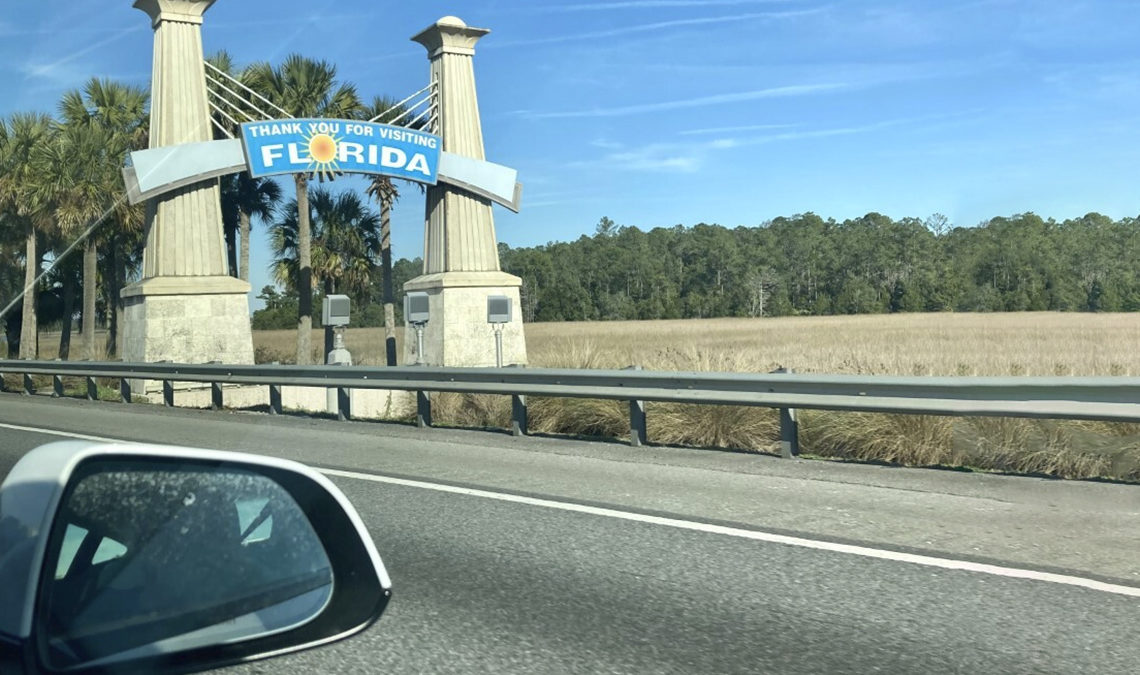 I moved to a different state, and it took nearly three months to complete the registration of my leased Tesla Model 3. Here’s what to know.

Registering a leased Tesla in a different state

We visited the Vermont DMV office on April 13 to register our Model 3. They gave us our license plates (front and back plates are required in Vermont), and I got our car inspected within the required 15 days. But in order to complete a leased car’s registration, Tesla must hand the title over to the new state since it’s the owner of all its leased cars.

Vermont DMV immediately sent off a letter to Tesla formally requesting that the original certificate of title be sent to its HQ in Montpelier. There’s a time limit to complete this process:

A Resident who has moved to Vermont from another jurisdiction must register their motor vehicles within 60 days of moving to Vermont. It is illegal for a person to operate a motor vehicle or draw a trailer or semi-trailer on any highway unless such vehicle is registered.

Vermont DMV does not formally make exceptions for tardiness. (More on that later.) If registration isn’t complete, your car is grounded. That prospect was worrisome, so I emailed a copy of the letter to TeslaFinance@tesla.com the same day to ensure it got there.

Tesla Finance emailed back the next day:

Thank you for reaching out to Tesla Finance and notifying us of your relocation.

We have requested the paper title from your original registration state of Florida. Once we receive the title from the state of Florida, we will mail you any supporting documents needed to self register your vehicle at your local DMV.

Please note, taxes and fees may change as a result of changing your physical address. Let us know if you have any further questions.

All set and straightforward, right? Turns out, not so much.

At the end of April, I called Tesla Finance to see check on progress. Any Tesla owner knows that calling Tesla and getting a person on the phone is… challenging. But I managed to get a call back, and he told me that it’s not actually the state of Florida that holds my title; it’s the state of California, because it’s California-based Tesla that owns the car. He also told me that California DMV was averaging around six weeks to hand over titles to Tesla.

On May 27, I figured I’d better follow up again, as the clock was ticking. I left a voicemail asking about my title’s status. And I got a voicemail from Tesla Finance back – because AT&T’s signal in Vermont stinks, so it all goes to voicemail – stating that they now had my title and would be overnighting it to me. Phew. But nothing came, and I heard nothing more.

At the six-week point – seven days before the deadline – I emailed Tesla Finance again, asking where my promised title was. This is what she replied:

I am truly sorry to hear about your experience thus far, I have reached out to my re-registration team who confirmed this matter is being investigated.

Please allow me to explain that unlike other dealerships Tesla does not hold titles on hand and they must be ordered for release from the state. This provides an unclear timeframe as to when we are going to receive it since the state uses standard mail with no tracking. This process is currently undergoing improvements for better experiences moving forward. In the meantime we are experiencing increased delays with several states with averaging timeframes of about 8 weeks.

I am unsure of who provided you with the information in the voicemail you received stating we had your title as it is not notated in your case per usual. Please be advised that if this information was not directly from our re-registration team we can not ensure that it is accurate. Again, apologies for any miscommunications with in Tesla.

To ensure this is being reviewed with the highest urgency I have escalated this directly with our re-registration team who let me know that they will be reaching out directly to provide tracking for your documents as soon as it becomes available.

We hope to resolve this for you as soon as possible as we understand the incredible inconvenience and urgency of the matter.

What a disjoint of communication. So I stopped calling, as according to above, and there’s no track record of phone calls.

On June 13 – Day 60 – I went back to the Vermont DMV office in person to beg for mercy. Someone there whispered to me that I should email the DMV’s commissioner to appeal. It worked: The commissioner immediately replied that someone on her team would get back to me, and two hours later I had an extended registration document in my inbox.

The process became less stressful when the Vermont DMV extended my registration, as I sent them the entire email string proving that I wasn’t just messing around.

Also on June 13, I finally got an email from Tesla Finance:

I just wanted to touch base with you as I have reached out to our registration team again regarding this urgent matter. They have let me know that this packet is being prepared to send before the end of the week. We will be reaching out with tracking as soon as it becomes available. Apologies again for the delays!

On June 22, Tesla Finance amusingly emailed me my tracking number. That email arrived a day after my car’s title had actually landed on my doorstep via UPS – the day before. Yeah, thanks, Tesla.

The funny-not-funny part: The title was marked “State of Florida.”

I love our Model 3 – let’s just establish that first and foremost.

Let’s also establish that Tesla has no control over the length of time that a state DMV takes to hand over a title.

But I have no idea who was responsible for this whole process taking three months, and Tesla really dropped the ball on numerous occasions.

It’s ridiculous that there are Tesla Finance employees who don’t know where Tesla’s titles are held, and are in turn misinforming customers. A number of them told me that Tesla’s lease car titles are held in the state of California, yet my title came from Florida. We should be able to trust that Tesla knows where their own cars’ titles are held.

It was also incredibly annoying that Tesla kept saying that my case had been escalated, when that was clearly not the case. For example, my title was not sent out “before the end of the week.” It was sent out the following week. Tesla, don’t say you’re treating a case with the “highest urgency” when you clearly aren’t. They never proactively contacted me without me sending pleading emails first. That doesn’t instill confidence or establish trust.

Tesla cars are in high demand, despite their well-earned reputation for mediocre customer service. Imagine if they had outstanding customer service – they’d be untouchable.

The only reason we were able to extend our 60-day deadline and avoid our car being stuck in our garage was because we now live in a small state. I never would have been able to get a response from the DMV commissioner in a big state like Florida. Living on the edge like that was no fun. My husband needs our car to get to work.

Here’s what to know

So here’s what you need to know, those of you who drive a leased Tesla and are moving to a new state: First, Tesla allows the movement of a leased car from one state to another.

If you’re planning a move, be proactive, and stay on top of your registration process. Assume nothing. Also have a plan for worst-case scenario, i.e., missing the new state’s deadline.

Check your destination state’s DMV website to see what it requires to register your car, as each DMV’s procedure and deadline is different. Also, call or visit your current state’s DMV, and ask them how long it will take to obtain the title. I wouldn’t trust what Tesla tells you after my experience. (And if you live in California, then it really is California.)

Tesla has a page where you can find out whether it handles titling and registration for you, or whether it processes and mail you the documents you’ll need to complete registration. (Vermont is one of 24 self-registering states.)

Since Tesla is the title holder, you and/or your new state must let them know that you’re moving and list Tesla as the legal owners. Vermont DMV let Tesla know, and I also let Tesla Finance know via email. Tesla has to send the original title to your new state to secure a new Certificate of Title.

And to reiterate: If you are moving to a different state with a leased Tesla, know that either you or your new state will be contacting your former state of residence – not California – to obtain your title.