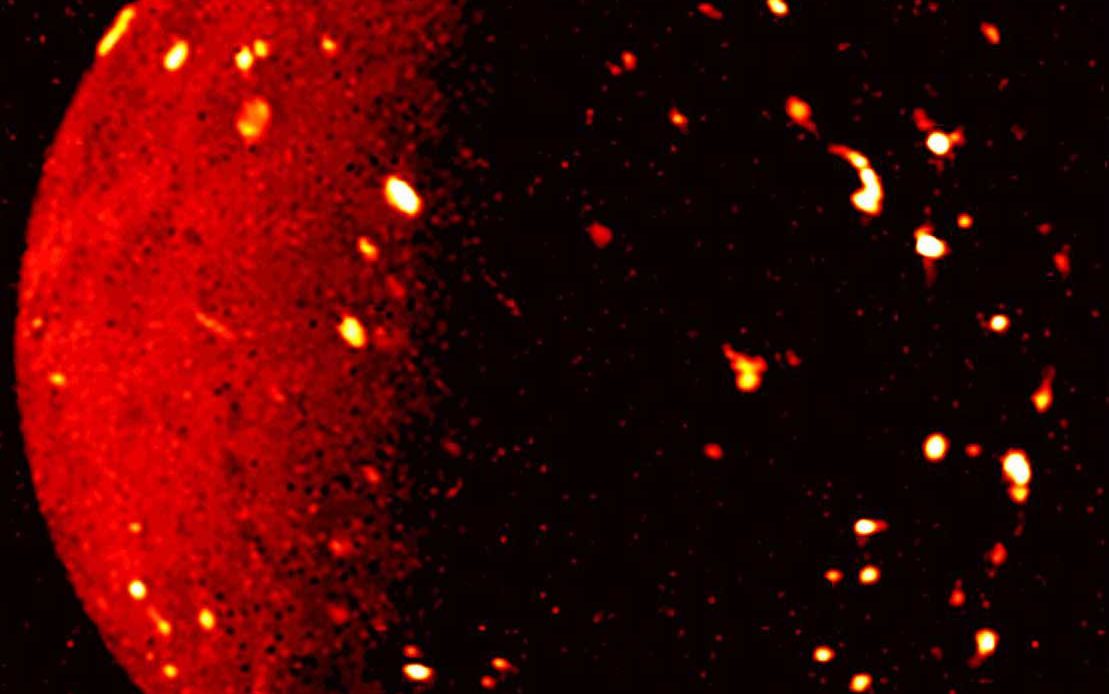 NASA’s Juno mission is scheduled to obtain images of the Jovian moon Io on Dec. 15 as part of its continuing exploration of Jupiter’s inner moons. Now in the second year of its extended mission to investigate the interior of Jupiter, the solar-powered spacecraft performed a close flyby of Ganymede in 2021 and of Europa earlier this year.

“The team is really excited to have Juno’s extended mission include the study of Jupiter’s moons. With each close flyby, we have been able to obtain a wealth of new information,” said Juno Principal Investigator Scott Bolton of the Southwest Research Institute in San Antonio. “Juno sensors are designed to study Jupiter, but we’ve been thrilled at how well they can perform double duty by observing Jupiter’s moons.”

Several papers based on the June 7, 2021, Ganymede flyby were recently published in the Journal of Geophysical Research and Geophysical Research Letters. They include findings on the moon’s interior, surface composition, and ionosphere, along with its interaction with Jupiter’s magnetosphere, from data obtained during the flyby. Preliminary results from Juno’s Sept. 9 flyby of Europa include the first 3D observations of Europa’s ice shell.

During the flybys, Juno’s Microwave Radiometer (MWR) added a third dimension to the mission’s Jovian moon exploration: It provided a groundbreaking look beneath the water-ice crust of Ganymede and Europa to obtain data on its structure, purity, and temperature down to as deep as about 15 miles (24 kilometers) below the surface.

Visible-light imagery obtained by the spacecraft’s JunoCam, as well as by previous missions to Jupiter, indicates Ganymede’s surface is characterized by a mixture of older dark terrain, younger bright terrain, and bright craters, as well as linear features that are potentially associated with tectonic activity.

“When we combined the MWR data with the surface images, we found the differences between these various terrain types are not just skin deep,” said Bolton. “Young, bright terrain appears colder than dark terrain, with the coldest region sampled being the city-sized impact crater Tros. Initial analysis by the science team suggests Ganymede’s conductive ice shell may have an average thickness of approximately 30 miles or more, with the possibility that the ice may be significantly thicker in certain regions.”

“Nothing is easy – or small – when you have the biggest planet in the solar system as your neighbor,” said Thomas Greathouse, a Juno scientist from SwRI. “This was the first measurement of this complicated interaction at Ganymede. This gives us a very early tantalizing taste of the information we expect to learn from the JUICE” – the ESA (European Space Agency) JUpiter ICy moons Explorer – “and NASA’s Europa Clipper missions.”

Jupiter’s moon Io, the most volcanic place in the solar system, will remain an object of the Juno team’s attention for the next year and a half. Their Dec. 15 exploration of the moon will be the first of nine flybys – two of them from just 930 miles (1,500 kilometers) away. Juno scientists will use those flybys to perform the first high-resolution monitoring campaign on the magma-encrusted moon, studying Io’s volcanoes and how volcanic eruptions interact with Jupiter’s powerful magnetosphere and aurora.

NASA’s Jet Propulsion Laboratory, a division of Caltech in Pasadena, California, manages the Juno mission for the principal investigator, Scott J. Bolton, of the Southwest Research Institute in San Antonio. Juno is part of NASA’s New Frontiers Program, which is managed at NASA’s Marshall Space Flight Center in Huntsville, Alabama, for the agency’s Science Mission Directorate in Washington. Lockheed Martin Space in Denver built and operates the spacecraft.

More information about Juno is available at: