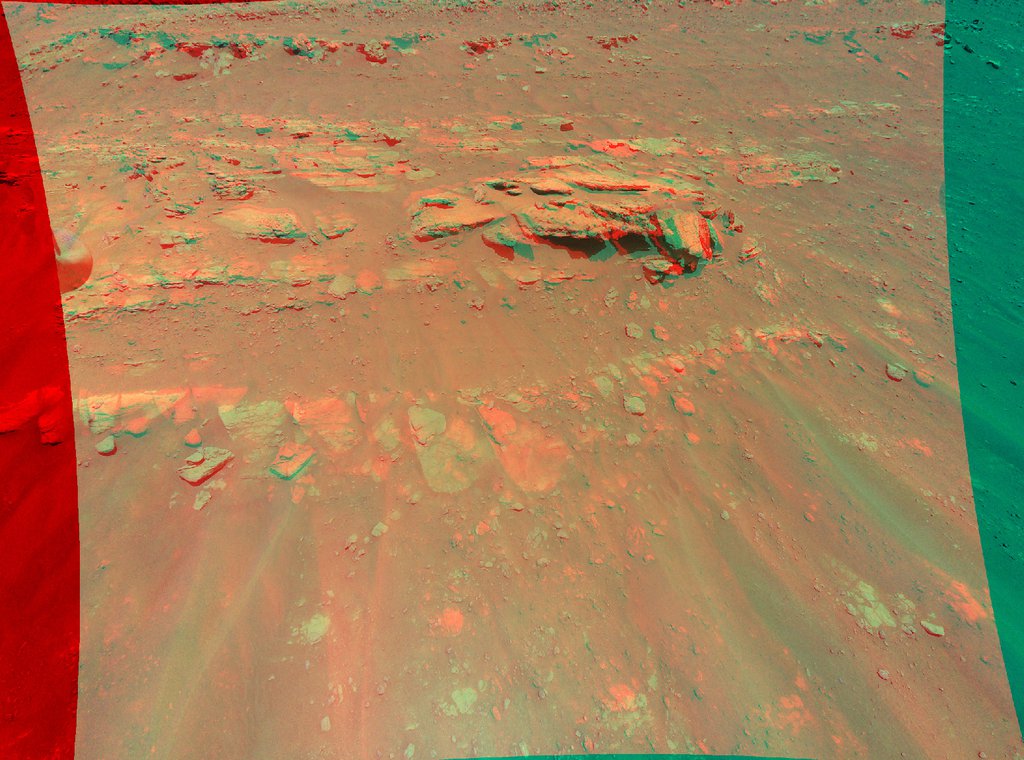 The rotorcraft captures nuances of rocky outcrop during aerial reconnaissance.

NASA’s Ingenuity Mars Helicopter provided a 3D view of a rock-covered mound during its 13th flight on Sept. 4. The plan for this reconnaissance mission into the “South Seítah” region of Mars’ Jezero Crater was to capture images of this geologic target – nicknamed “Faillefeu” (after a medieval abbey in the French Alps) by the agency’s Perseverance rover team – and to obtain the color pictures from a lower altitude than ever before: 26 feet (8 meters). 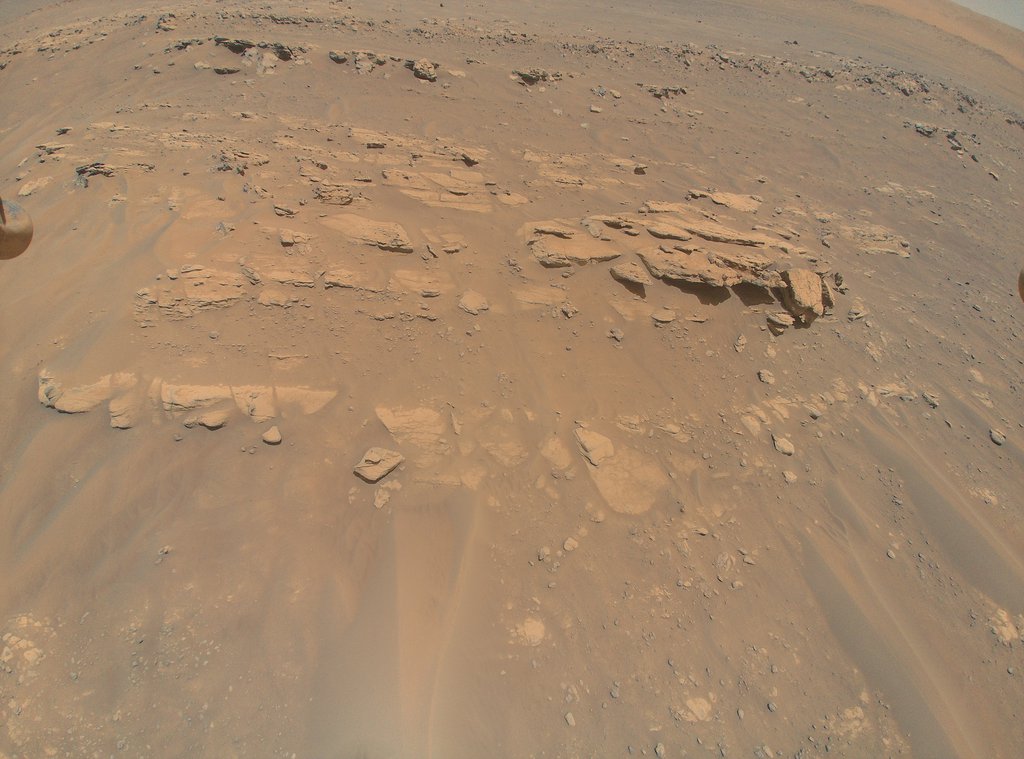 About 33 feet (10 meters) wide, the mound is visible just north of the center of the image, with some large rocks casting shadows. Stretching across the top of the image is a portion of “Artuby,” a ridgeline more than half a mile (900 meters) wide. At the bottom of the image, and running vertically up into the middle, are a few of the many sand ripples that populate South Seítah.

Best viewed with red-blue glasses, this stereo, or 3D, view (also called an anaglyph) was created by combining data from two images taken 16 feet (5 meters) apart by the color camera aboard Ingenuity.

A key objective for Perseverance’s mission on Mars is astrobiology, including the search for signs of ancient microbial life. The rover will characterize the planet’s geology and past climate, pave the way for human exploration of the Red Planet, and be the first mission to collect and cache Martian rock and regolith.

Subsequent NASA missions, in cooperation with ESA (European Space Agency), would send spacecraft to Mars to collect these sealed samples from the surface and return them to Earth for in-depth analysis.

The Mars 2020 Perseverance mission is part of NASA’s Moon to Mars exploration approach, which includes Artemis missions to the Moon that will help prepare for human exploration of the Red Planet.

JPL, which is managed for NASA by Caltech in Pasadena, California, built and manages operations of the Perseverance rover.

For more about Perseverance: