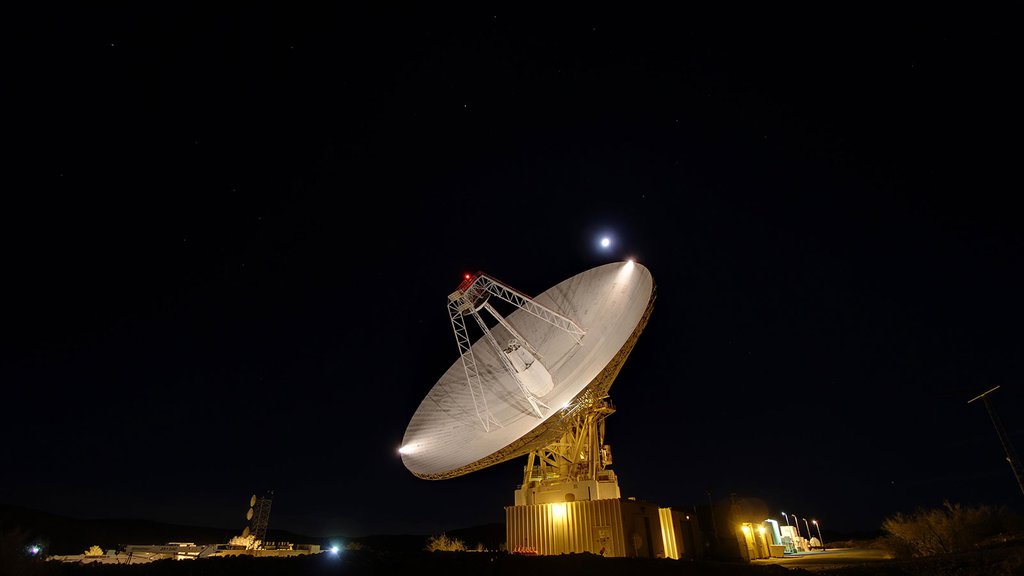 The DSN is being upgraded to communicate with more spacecraft than ever before and to accommodate evolving mission needs.

When NASA’s Mars 2020 Perseverance rover touched down on the Red Planet, the agency’s Deep Space Network (DSN) was there, enabling the mission to send and receive the data that helped make the event possible. When OSIRIS-REx took samples of asteroid Bennu this past year, the DSN played a crucial role, not just in sending the command sequence to the probe, but also in transmitting its stunning photos back to Earth.

The network has been the backbone of NASA’s deep space communications since 1963, supporting 39 missions regularly, with more than 30 NASA missions in development. The team behind it is now working hard to increase capacity, making a number of improvements to the network that will help advance future space exploration.

Managed by NASA’s Jet Propulsion Laboratory for the Space Communications and Navigation Program, based at NASA Headquarters within the Human Exploration and Operations Mission Directorate, the DSN is what enables missions to track, send commands to, and receive scientific data from faraway spacecraft.

The network consists of tracking antennas across three complexes evenly spaced around the world at the Goldstone complex near Barstow, California; in Madrid, Spain; and in Canberra, Australia. In addition to supporting missions, the antennas are regularly used to conduct radio science – studying planets, black holes, and tracking near-Earth objects.

“Capacity is a big pressure, and our antenna-enhancement program is going to help that out. This includes the building of two new antennas, increasing our number from 12 to 14,” said JPL’s Michael Levesque, deputy director of the DSN.

In January 2021, the DSN welcomed its 13th dish to the family. Named Deep Space Station 56 (DSS-56), this new 34-meter-wide (112-foot-wide) dish in Madrid is an “all-in-one” antenna. Previously constructed antennas are limited in the frequency bands they can receive and transmit, often restricting them to communicating with specific spacecraft. DSS-56 was the first to use the DSN’s full range of communication frequencies as soon as it went online and can communicate with all the missions that the DSN supports.

Soon after bringing DSS-56 online, the DSN team completed 11 months of critical upgrades to Deep Space Station 43 (DSS-43), the massive 70-meter (230-foot) antenna in Canberra. DSS-43 is the only dish in the Southern Hemisphere with a transmitter powerful enough, and that broadcasts the right frequency, to send commands to the distant Voyager 2 spacecraft, which is now in interstellar space. With rebuilt transmitters and upgraded facilities equipment, DSS-43 will serve the network for decades to come.

“The refresh of DSS-43 was a huge accomplishment, and we’re on our way to take care of the next two 70-meter antennas in Goldstone and Madrid. And we’ve continued to deliver new antennas to address growing demand – all during COVID-19,” said JPL’s Brad Arnold, manager of the DSN.

The improvements are part of a project to meet not just the heightened demand, but also evolving mission needs.

Missions increasingly generate more data than in the past. The data rate from deep space spacecraft has grown by more than 10 times since the first lunar missions in the 1960s. As NASA looks toward sending humans to Mars, this need for higher data volumes will only increase further.

Optical communications is one tool that can help meet this demand for higher data volumes by using lasers to enable higher-bandwidth communication. Over the next few years, NASA has several missions planned to demonstrate laser communications that will enhance the agency’s ability to explore farther into space.

The network is also focusing on new approaches to how it goes about its work. For instance, for most of the DSN’s history, each complex was operated locally. Now, with a protocol called “Follow the Sun,” each complex takes turns running the entire network during their day shift and then hands off control to the next complex at the end of the day in that region – essentially, a global relay race that takes place every 24 hours. 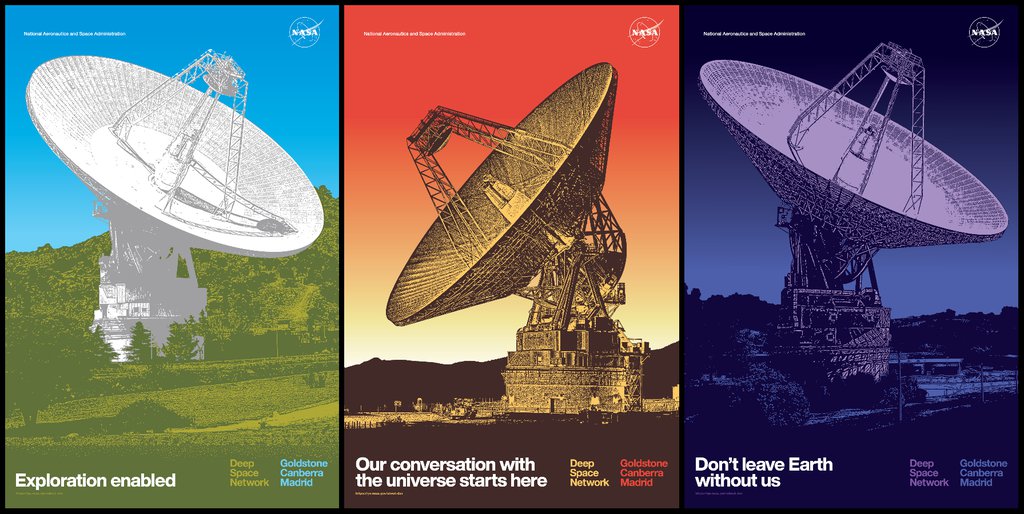 The resulting cost savings have been fed into antenna enhancements, and the effort has also strengthened the international cooperation between the complexes. “Each site works with the other sites, not just during handover periods, but also on maintenance and how antennas are performing on any given day. We’ve really turned into a globally operating network,” said Levesque.

The network has also implemented new approaches to managing deep space communications. For instance, in the past, if multiple spacecraft circling Mars needed to be serviced at the same time, the network would have to point one antenna per spacecraft at Mars, potentially using all the antennas at a given complex. With a new protocol, the DSN can receive multiple signals from a single antenna and split them in the digital receiver. “We adapted this from commercial telecommunication implementations to the benefit of our network efficiency,” said Arnold.

An additional new protocol allows operators to oversee multiple activities simultaneously. Traditionally, each spacecraft activity had a single dedicated operator. Now, the DSN uses an approach that leverages automation to allow each operator to oversee multiple spacecraft links simultaneously. For the first time, the DSN can now fully automate the sequencing and execution of tracking passes, and the effort will continue to be enhanced over time.

“The future of the DSN is going to follow the spirit and the drive of science missions that are flying out there. It’s our responsibility to enable them. And we do that through communications,” said Arnold.