My Tesla Full Self-Driving Beta 10.69 first drive was a fail 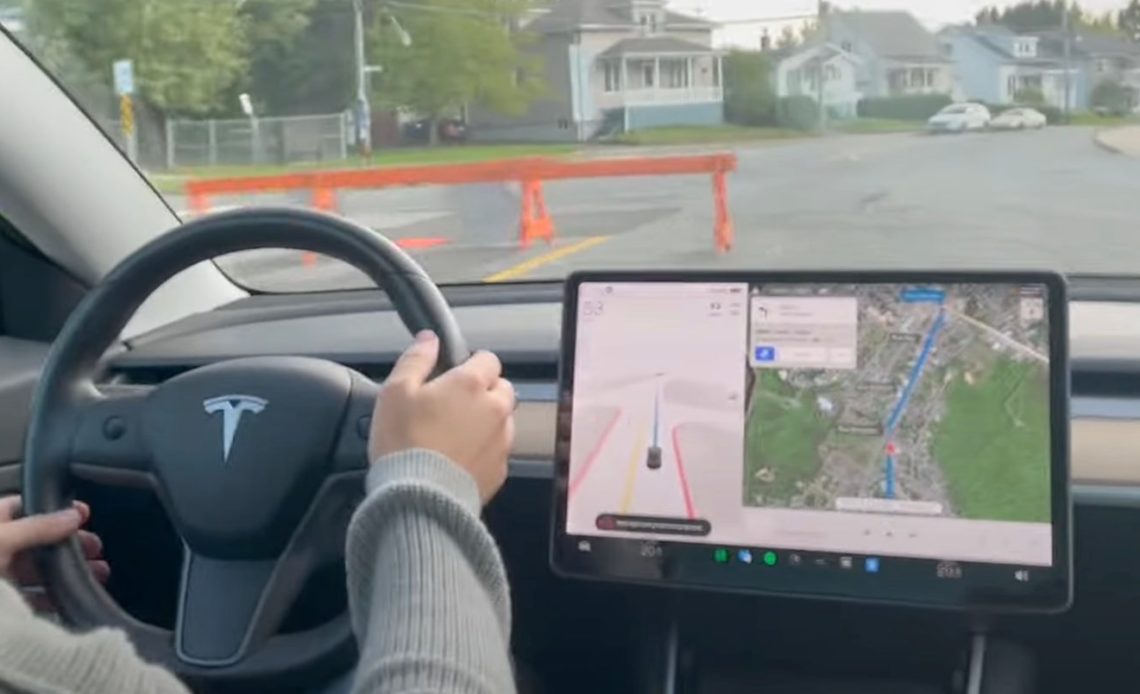 I went on my first test drive of Tesla Full Self-Driving Beta 10.69.2, the latest big FSD software update, and unfortunately, it was a fail.

This week, Tesla has started to push its FSD Beta 10.69.2, a refined version of its big Full Self-Driving Beta update 10.69 that the automaker feels good enough about to push to all 100,000 FSD Beta testers in North America.

Since the responsibility lies with the driver and not Tesla’s system, it is still considered a level two driver-assist system despite its name. Tesla is basically using its customer fleet to test the capabilities and to gather data, moving toward its goal of eventually making the system truly self-driving and taking responsibility for it.

I have FSD Beta on my Model 3, and my last test in August wasn’t super successful, so I was looking forward to trying the update when I got in my car earlier this week.

Tesla FSD Beta 10.69.2 is the company’s biggest FSD Beta software update in months and includes significant changes to all the neural nets powering the system. There’s a clear focus on unprotected left turns that seems to be dominating this update.

Yesterday, I tested out the update in Shawinigan, Quebec, and put a quick video together showing my first drive with Tesla FSD Beta 10.69:

As you can see in the video, I tested the update on country roads and residential streets. I was going to test it in the city too, but unfortunately, the test failed before that.

It started out well with a perfect right turn at a stop, which can be a bit difficult as you have to creep forward a bit to see if cars are coming from the left.

The second turn was also a right turn, but this time at a four-way stop. It was fairly good, but the vehicle decided to embark slightly on the bike line as it was doing the turn for some reason.

After that, it started to go downhill. To be fair, I hit a construction zone and a blocked street, but it was fairly simple to navigate, and I feel like detecting a blocked street should be a priority.

At first, there was a barrier on the other side of the road that extended into our lane, and as we approached it, it didn’t look like FSD Beta was seeing it. It did ask me to take control when I was less than a second away from it, but it actually got around it without disengaging.

Then we had a left turn at a four-way stop where I had to press the accelerator to tell the FSD Beta to go ahead, because it wasn’t taking its spot and was waiting for a pickup truck that arrived after us.

That was a first-driver intervention, but not a disengagement of the system.

However, it didn’t take long for that to happen. We encountered a blocked road a second later, and while FSD Beta appeared to detect the barrier, it decided to drive around it before I pressed the brakes:

I know some would think that it is an edge case and it shouldn’t be a high priority to navigate that, but I think not driving around blocked road signs is quite important.

Considering Tesla FSD Beta uses the navigation system, I think it would be fairly easy for it to detect that the road is blocked and to find a detour, instead of trying to drive through it.

I am going to do some additional testing this weekend, and hopefully, I will get a good drive without disengagement, but it’s a fail for my first test drive of Tesla Full Self-Driving Beta 10.69.