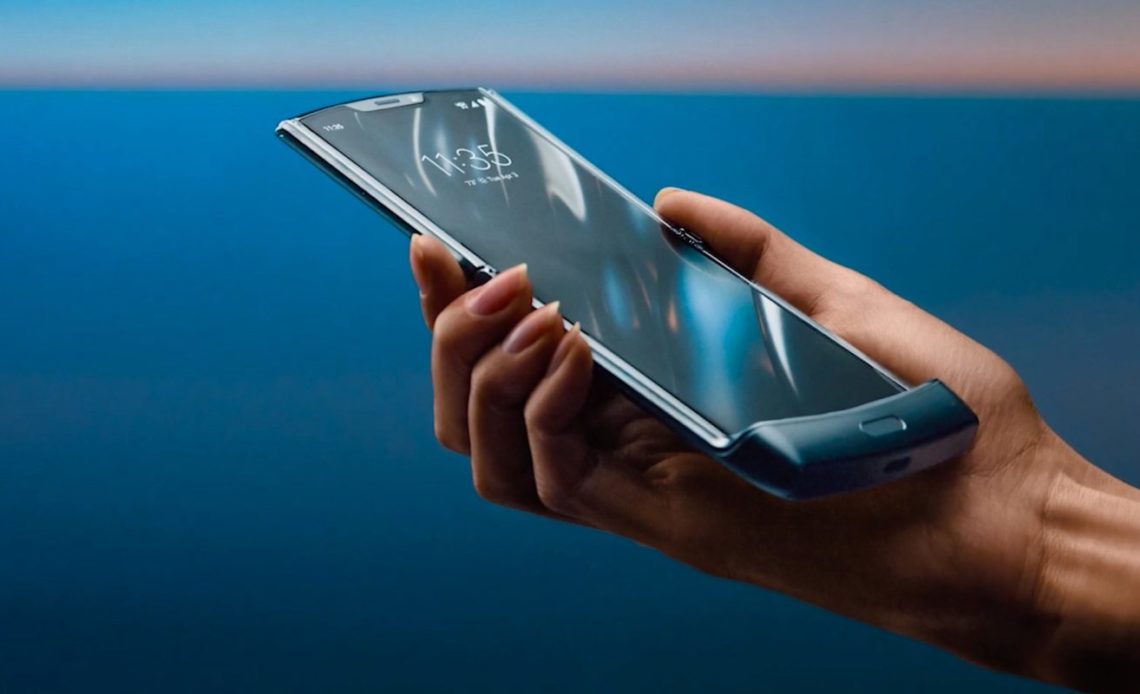 Motorola skipped a foldable release last year, but there has been plenty of evidence of a new model coming this year. This week, the next Motorola Razr was officially shown off in China, confirming exactly what’s in the pipeline.

Lenovo Mobile China GM Chen Jin showed of the next Motorola Razr, known internally as “Maven” per a previous leak. GSMArena spotted the unveil through Chinese social media, and it gives us a great idea of what to expect.

In the handful of images, we can see the device both folded and unfolded.

When unfolded, it’s obvious that the new Motorola Razr is revamping its design to ditch the “chin” that emulated the original Razr flip phone. When closed, the phone now also has a dual-camera array in the bottom right corner, much like Samsung’s Galaxy Z Flip 3.

A video further posted on Weibo shows off the new Motorola Razr in a handful of quick, dark shots. We can see the hinge, which looks more like Samsung’s style now, as well as the larger outer display, which remains the primary benefit of the Galaxy Z Flip design.

The only confirmed spec on the new Motorola Razr right now is the use of a Snapdragon 8+ Gen 1 chipset, but alongside that flagship chip, it’s entirely likely that the rest of the package will be in the premium realm.

Rumor has it the new Motorola Razr will feature a 120Hz display, 50MP primary camera, and a 13MP ultrawide camera.