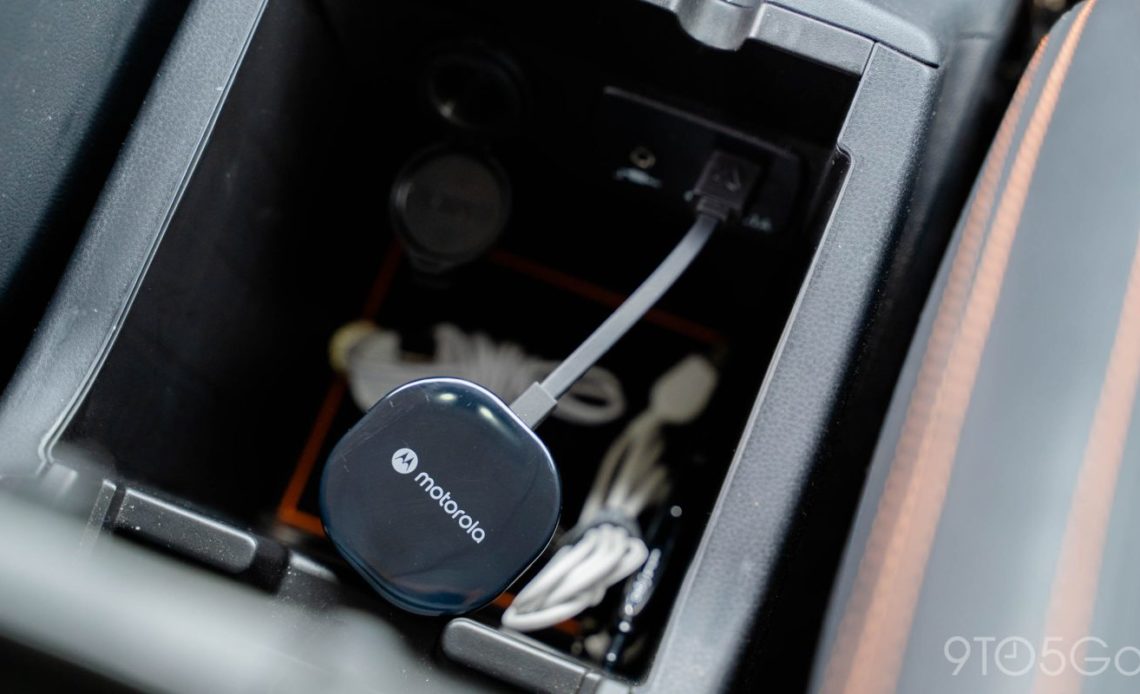 Availability of Motorola’s wireless Android Auto dongle has not been too consistent since the CES 2022 unveil in January. It has improved in recent weeks, but the Motorola MA1 now looks to be getting a slightly higher price.

The Motorola MA1 launched at $89.95, but is currently $99.99 at both Best Buy and Amazon. At the latter, that’s the new price when buying directly from Motorola Voice, and supply has improved as of late.

Target still sells it at the old price, while the original entry point is still listed on the official Motorola Sound product page, though there are signs it hasn’t been updated in some time. Additionally, “Buy Now” just takes you to Amazon.

It’s not hard to speculate that the Motorola MA1’s price increase is due to supply constraints. A similar thing happened to the AAWireless dongle last year after a CPU swap.

The Motorola MA1’s differentiator is how it “licenses technology from Google that makes it simple for users to connect to existing USB-enabled Android Auto vehicles wirelessly.”

This Chromecast-esque dongle has a non-removable cable that connects to your vehicle via USB-A. After pairing their Android phone, users no longer have to plug in their phone to get Auto on infotainment systems. It’s aimed at older cars that do not offer wireless Android Auto natively.