Most electric cars are cheaper to own from day one – report 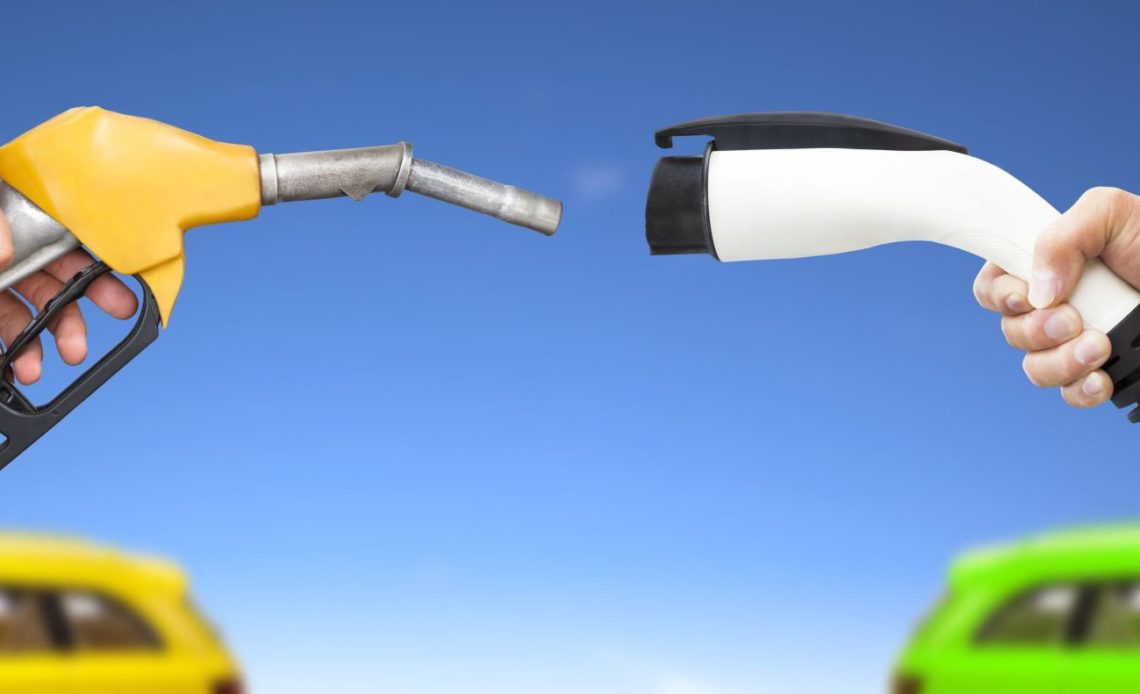 Electric cars aren’t just cheaper over the long term but have cheaper total monthly cost from day one for most buyers in the United States, according to a new report from Energy Innovation.

A common refrain from new car buyers is that they’d like to buy electric, but they can’t justify the higher initial price. We have known for a long time that total cost of ownership for an EV is generally cheaper than that of a gas car, but consumers typically put more importance on initial purchase price rather than actual costs. The report states that half of Americans think EVs are “too expensive to seriously consider.”

This analysis expands on the total cost of ownership calculation – rather than looking at the entire average 12-year period of car ownership, it looks at monthly costs over the length of a six-year financing term. Since 85% of cars in the United States are financed at purchase, this is a more realistic way to view costs than by looking at the sticker price.

Energy Innovation’s analysis looks at EV vs. gas vehicle costs in every state and includes financing costs, fuel (based on average fuel costs as of May 4 and average electricity costs), maintenance, insurance, EV incentives, and even dumb EV fees that some states have implemented. They looked at six vehicles with similar gas and electric versions, and tried to pick similar option levels as well:

The analysis notes that these aren’t direct comparisons – many EVs have more features at “base” option level than gas versions of cars do – but they’re the closest they could get. For example, the LEAF is a good car, and the Versa … just isn’t.

When comparing all of these costs for each vehicle and each state, the report found that for most cars and most states, the EV is cheaper on a monthly cost basis:

Two vehicles, the Kona Electric SEL and Ford F-150 Lightning, are cheaper in every state. The other EVs are cheaper in most states, except for the Niro EX, where the gas version is often cheaper on a monthly basis. This is due to the Niro EX’s hybrid drive and 51mpg rating, significantly more than the other vehicles, which makes a big different with today’s high gas prices.

These costs are only during the financing term, which averages six years for new car purchases in the United States. The picture looks even better if you take into account the total cost of ownership including post-financing term, where EV costs are lower across the board with every car in every state.

The primary caveat to this analysis is that they rely on the US federal tax credit of $7,500. This tax credit is due to run out later this year for two of the vehicles in question – the Nissan LEAF and Ford F-150 Lightning. That tax credit will gradually sunset for those two vehicles, and other manufacturers will eventually hit the 200,000 vehicle cap and see their tax credits sunset as well.

There are proposals to extend this tax credit in Congress which have passed the Democratic-led House but are being opposed by republicans in the US Senate. If those proposals went through, the ownership cost of EVs during the financing term would look even more beneficial compared to the ownership cost of gas versions, with only the hybrid Niro being significantly cheaper in a few states than the electric version.

The report ends by suggesting that Congress act to extend, and perhaps expand upon, available EV incentives, which will help to get Americans into electric cars and protect them against fluctuating gas prices.

I’ve been saying this for a while, people just don’t do the calculation properly when considering costs of EVs. While people consider it a maxim that EVs are more expensive than gas cars, this is really not reflected in the actual reality of how people purchase vehicles, only in the somewhat meaningless sticker price.

I would even argue that looking at cars with similar gas and electric versions is a less-ideal way of matching up similar vehicles. While these vehicles are obviously more similar, the EV versions will generally suffer from design constraints that would have been easier to overcome were they built on a dedicated EV platform.

In general, dedicated EVs are just better than ones that share a platform with gas cars, so we think that comparisons between “similar” vehicles (like the Tesla Model 3 vs. BMW 3 series) would also be warranted. VW has done a similar comparison between their vehicles, showing why you’d be dumb to buy one of its ICE cars now.

And another part of the equation is quality of the vehicle. Obviously, people don’t just buy the cheapest vehicle available, people buy based on any number of other factors. If people can pay a little bit more for a vehicle that will be more pleasant to drive or own, many will pay that amount.

And one thing about EVs is they’re very pleasant to drive and own. Quieter, smoother, more convenient to fuel at home instead of having to go to gross gas stations, quicker, and all the many benefits that makes us EV owners love them. I would absolutely rather drive the EV version of any of these vehicles than the gas version, which means that each of the EV versions are worth more than the gas version. Although, half of Americans disagree and say they won’t pay more for the EV versions – but it’s a good thing, then, that the EV versions, all things considered, are still cheaper according to this report.

This is also why tax credits need to be given upfront at the point of sale, or be made simpler otherwise, because we know that consumers put excess importance on the initial sticker price of a vehicle, even if they won’t be paying it (e.g. through a lease). This was proposed years ago by President Obama, and similar changes are included in the Build Back Better Act which is currently being blocked by the minority Senate republicans and one Democrat, despite that Democrats have collectively earned 28 million more votes in the Senate in this term than the minority party which is deliberately leveraging their disproportionate power to make the country worse for political reasons.

But, at this point, even despite misconceptions about EV pricing, EV demand isn’t the problem. Well, EV demand was never really the problem to begin with, though people were convinced it was despite the many counterexamples linked in this sentence. And due to this consistent underestimation of EV demand, auto manufacturers have been tepid in their manufacturing goals, leading to a heavily constrained production environment for EVs during a time of global supply chain challenges.

There are a lot of individual calculations you can do to make these numbers more applicable to your own situation. For example, I pay 16.5 cents per kWh in California with off-peak pricing, whereas the report uses the California average retail rate of 23 cents per kWh – TOU pricing can lower EV fueling costs even more. And then there’s resale value, where EVs tend to hold value quite well, and gas cars will probably lose resale value going into the future as they become less attractive while the industry shifts to electric.

But overall the message is that the commonly-held maxim that EVs are more expensive is just not true. They’re cheaper in most real-life circumstances, and more people should consider them seriously as a result.

So, absolutely, consider an EV for your next car. They’re better, they’re cheaper, and they do less to destroy the planet you’re living on (which is another massive cost that is not properly reflected in the purchase price of gas). Maybe manufacturers will get the idea and start building the damn things, instead of projecting to keep polluting the world for decades into the future.