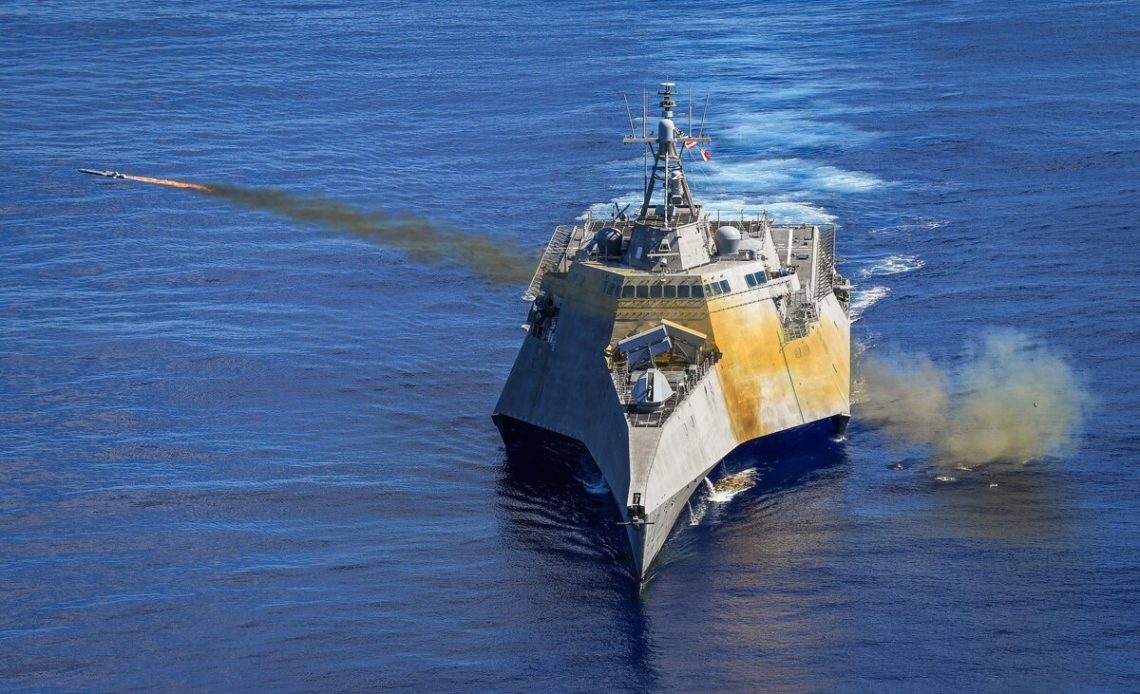 At least that’s the recommendation made by Thomas Shugart, a former U.S. Navy submarine commander, during a Feb. 18 hearing held by the congressional U.S.-China Economic and Security Review Commission.

Shugart, who is now an adjunct senior fellow with the Defense Program at the Center for a New American Security, also said during his testimony that the U.S. and Taiwan should “visibly” prepare for a protracted conflict in the event that China attacks the self-ruled island of Taiwan, which China considers as a rogue province and has vowed to take it back by force if necessary.

Those overt preparations should include stockpiling essential supplies on Taiwan to support its population in the event of a blockade by China, he said, and would head off any attempt by China to seize the initiative “via a short, violent fait-accompli, or by cutting Taiwan off from the international system.”

On the anti-ship missiles, Shugart noted that two of the missile types with the capability to target specific ships — the Naval Strike Missile and the Long Range Anti-Ship Missile — will not be delivered in sufficient numbers under current U.S. procurements plans to defeat any attempted landing operation by China’s People’s Liberation Army across the Taiwan Strait.

He noted that the NSM is currently slated to be deployed onboard the U.S. Navy’s littoral combat ships and potentially onboard amphibious assault ships, “either of whose survivability operating within the missile’s roughly 100 nautical-mile range from the Taiwan Strait would be highly questionable.”

The LRASM weapon is due to equip the U.S. Air Force’s B-1 bombers and the U.S. Navy’s carrier-borne Boeing F/A-18E/F Super Hornets and Lockheed Martin F-35C Joint Strike Fighters, although Shugart said these will need tanker support, which may not be forthcoming if China conducts sustained ballistic missile strikes on the regional bases hosting those aircraft.

The Navy veteran previously warned that China is believed to be preparing for a preemptive strike on U.S. military bases and other high-value infrastructure targets across the so-called first and second island chains if conflict erupts between China and the United States. Senior officials and analysts in the West frequently refer to these island chains ringing China to describe both the region’s geography and predict Chinese intentions.

Mock-ups of U.S. bases previously appeared at a missile test range in China’s western Gansu province at the edge of the Gobi Desert.

He presented more evidence of this during the Feb. 18 hearing, displaying a satellite photo taken in August 2020 at the test range showing a mock-up of a Boeing E-3 Sentry airborne early warning aircraft, which he noted was not used by any other regional operator except the U.S. Air Force from a base in Okinawa, Japan.

This, along with China’s increasing deployment of ballistic and other missiles, which put regional American military facilities at risk, is why he is advocating for the geographic dispersal of U.S. assets in theater. Otherwise, “fixed facilities or non-dispersed forces that are still fielded within the region must be provided with robust and visibly exercised defenses against precision strike, such as hardening and robust ballistic missile defense,” he added.