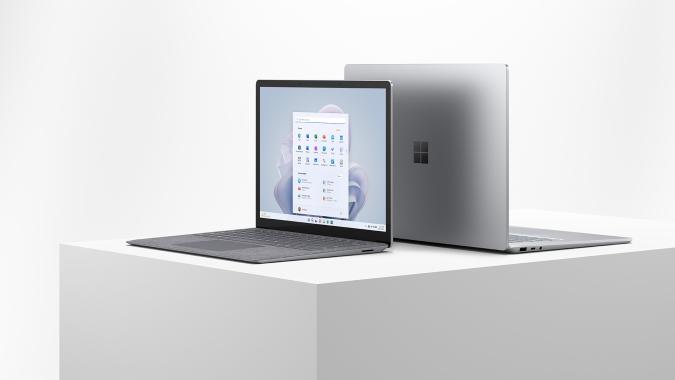 After a year and a half on the market, this fall Microsoft is updating its mainstream notebook line with the new Surface Laptop 5. Systems will be available in both 13.5 and 15-inch configs with prices starting at $1,000 and $1,200 respectively.

That said, there aren’t a ton of changes in store for the Surface Laptop 5, because this time, instead of supporting both Intel and AMD processors, the entire line will be based on Intel’s Evo platform. That means in addition to new 12th-gen CPUs, you’ll also get support for Thunderbolt 4 and Wi-Fi 6.

Other new additions include an updated PixelSense display that now comes with Dolby Vision IQ support, with the 13.5-inch and 15-inch models featuring the same 2256 x 1504 and 2496 x 1664 3:2 resolutions as before. And while the Surface Laptop 5’s exterior is largely unchanged, Microsoft has kept one version that comes with Alcantara on its deck while adding a new sage green color option to the mix.

General specs go up to 32GB of RAM, 1TB of storage and integrated Intel Iris Xe graphics. You also get some traditional features like an IR camera for Windows Hello face login (along with a 720p webcam), dual far-field mics and Omnisonic speakers with Dolby Atmos. Battery life also looks quite similar with Microsoft promising up to 18 hours on a charge for the 13-inch Surface Laptop 5 or 17 hours for the 15-inch model.

So all told, while it’s nice to get some new silicon, this is a pretty minimal refresh compared to the previous version. The Surface Laptop 5 will be available for pre-order (in select markets) starting today, with official sales beginning on October 25th.