Microsoft tests more control for apps that restart with Windows 10

As much as PCs have changed in recent years, at least one thing has stayed the same: at some point, you’ll need to restart your computer. With that in mind, the first of next year’s two big Windows 10 updates could offer a subtle but helpful tweak to how the operating system handles restarts.

As part of the latest Windows 10 Insider Preview Build (build 18965, if you’re counting), Microsoft is testing a new setting that gives Windows users more explicit control over whether their apps automatically launch when they restart their PC. Outside of the latest Preview Build, the option that controls app restart behaviour is bundled together with a menu item related to setting up a new device. Understandably, if you’re unaware that the two settings are tied together, it can seem like Windows isn’t capable of launching some apps automatically. By default, Microsoft says the new setting is disabled. Insiders can activate it by navigating to the “Sign-in options” section of the Accounts settings menu. Alternatively, it’s possible to access the toggle by typing “restart apps” into either Windows 10’s Start menu or settings search bar. 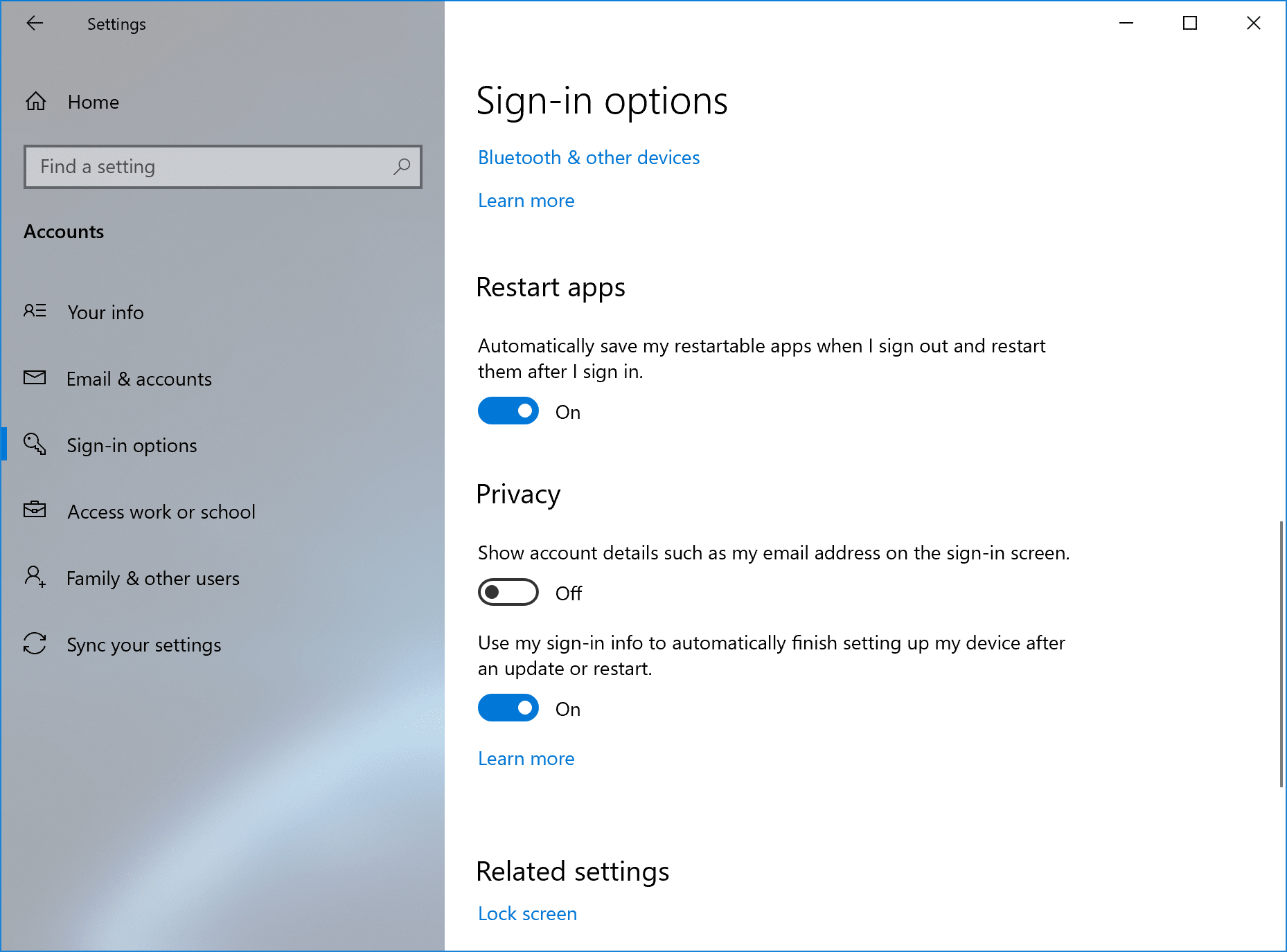 As usual, not all the features Microsoft showcases in a Preview Build will make their way to a final release of Windows 10. However, should the company decide to include this one, it’ll be available when Microsoft launches its “20H1” update at the start of next year. That’s the same update where Microsoft plans to add a built-in Linux kernel to Windows 10.

Like any new update, Build 18965 includes its share of bug fixes and stability improvements. One bug Microsoft says it has addressed involved an instance in which some apps weren’t able to execute background tasks. The company has also fixed a bug that caused the taskbar to sometimes hide when launching Windows’ touch keyboard. Build 18965 is currently available to Windows Insiders in the fast ring, a classification Microsoft uses to describe individuals who have volunteered to test the company’s newest features first, regardless of potential bugs.