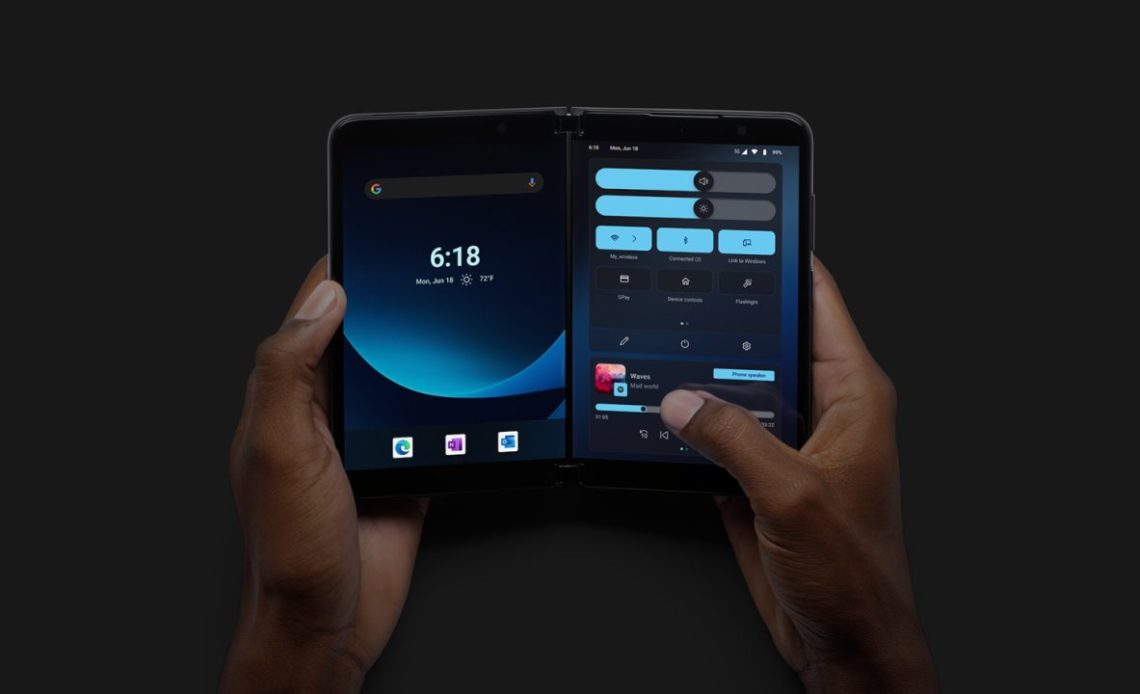 According to a new report today, Microsoft’s approach to Android foldables, which certainly stood out, is coming to an end as the Surface Duo 3 looks to use a traditional foldable screen.

Windows Central says that Microsoft has canceled plans for a dual-screen Surface Duo 3 that would have featured “narrower and taller edge-to-edge displays, wireless charging, and other improvements.” This design was already finalized and set for end of 2023 availability before it was scrapped.

The decision to switch to a foldable screen comes “after a long year of hardware prototyping and experimentation.” There will be a 180-degree hinge, internal foldable screen, and external cover display, with today’s report pointing to the Honor Magic Vs and Vivo X Fold as examples.

No other details about that foldable or its software experience are available since it’s too early. A release this fall to replace the canceled Surface Duo 3 is unlikely.

Today’s report says “Microsoft is eager to expand its line of Android smartphone offerings,” and has “prototyped several traditional slab smartphone designs.” However, there are no concrete plans yet on whether that will move forward.

More promising is an internal  “Perfect Together” effort to integrate “Microsoft’s Android hardware and Windows PCs.”

My sources also tell me there’s a larger software effort ongoing internally that’s designed to better differentiate its future Android hardware offerings from the rest of the competition.