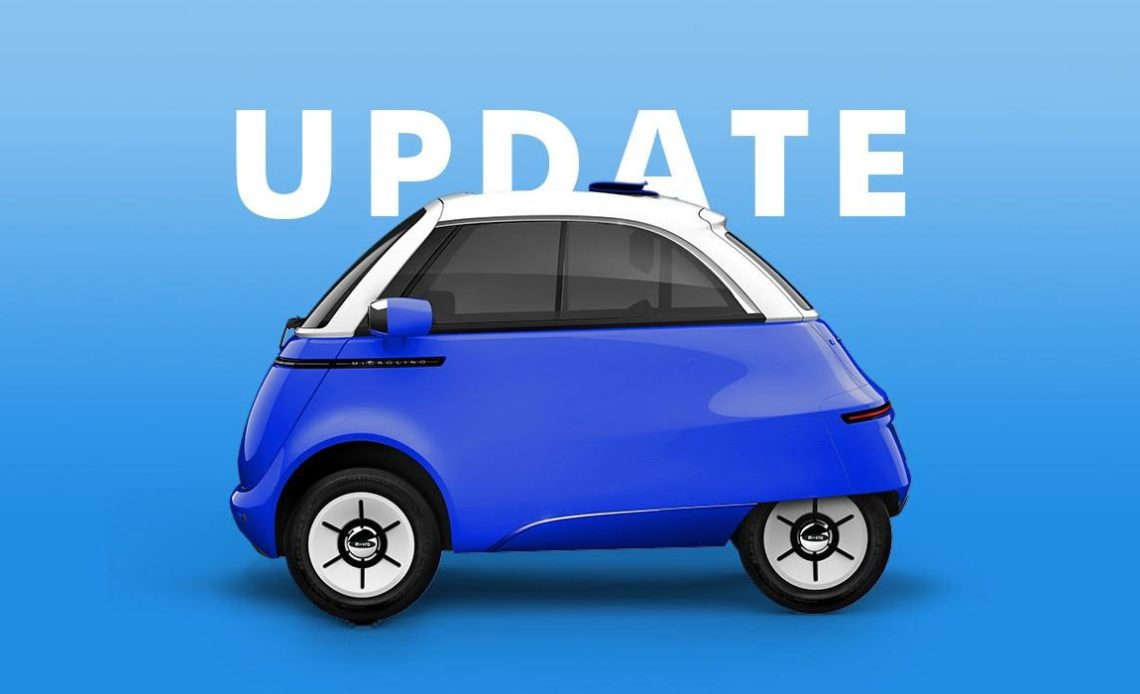 The Microlino 2.0, an electric bubble car with a decidedly BMW Isetta-style design, has entered its final phase of development. The company is now showing off a nearly production-ready third prototype.

The latest prototype includes some major new updates that we haven’t seen on previous renditions.

Chief among them is the new interior. This straightforward interior design appears simple yet classy, and matches the cute, easygoing design of the exterior.

There are two digital displays in the pint-sized four-wheeled vehicle. The first is located behind the steering wheel for use as a main display for the speedometer and other readouts, while the second smaller display serves as an interior control screen for the climate control and other features.

The company decided to go with a center display instead of physical buttons because it will allow them to push new updates with additional features – something that would be much harder with physical controls.

The third prototype also shows off the Microlino 2.0’s re-engineered folding roof. The company says it can be opened easily one-handed while driving to allow in a breeze from above. The folding roof will come standard on premium models of the Microlino 2.0 and will be an option on the base model.

Similarly to the Ford Mach-E, the Microlino 2.0 now comes without doorhandles. Instead, a key and a small button under the headlight allow drivers to unlock the vehicle.

With the third prototype in nearly production-ready form, Microlino is gearing up for the end game.

The company has already built over a third of the tooling for the chassis and body, including a giant stamping tool for one of the largest aluminum parts, the side panel.

The company has also formed a production company to handle the production of the vehicle in Italy.

Together with our partner CECOMP we have established a new company, Microlino Italia which will be responsible for production. At the beginning of the Microlino project we never wanted to be manufacturer ourselves but we realized that this is the only way to control the quality and at the same time reduce the cost of production.

The assembly line will be located at the premises of CECOMP in La Loggia, Turin.

Once ready to charge, the vehicle’s battery can be topped up in just four hours from a household outlet.

We last saw the second prototype in a recent testing video last month, where the Microlino 2.0 certainly looks like a fun ride.

The company is planning to showcase the first series vehicles at the IAA Mobility conference in Munich, Germany, this September.  Electrek will be there on site covering the show, and we’ll be sure to bring the showcase to you from the source.