Mercedes-Benz shares EQE pricing for US, starting below $75,000 with 305 miles of range 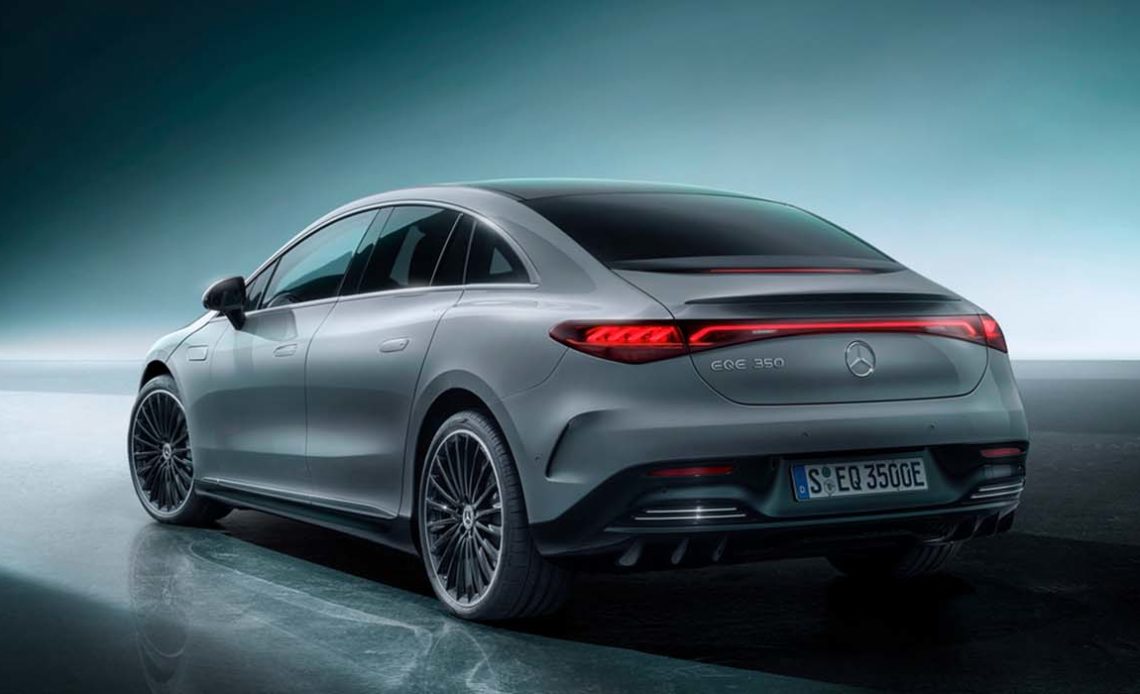 About 14 months after officially unveiling its all-electric EQE sedan, Mercedes-Benz has shared US pricing before deliveries begin this fall. The EQE will come in three different versions, each with varying trims to choose from, starting at an MSRP of $74,900. Learn more below.

Mercedes-Benz unveiled the EQE sedan in September of 2021 as a follow up to its larger EQS model and a continuation of its all-electric EQ line of vehicles. At the time, Mercedes was promising 400 miles of range with this smaller version of the EQS, but as you’ll see below, this EV arrives well below that – at least in the 350+ version.

The Mercedes-Benz EQE pricing starts well below its EQS sibling at the cost of about 3.5 inches less in its wheelbase. Still, the EQE sedan looks like it will deliver the quality, luxury, and performance the brand is known for. We haven’t driven the EQE yet, but we did get a chance to ride shotgun in it last March during Mercedes’ Innovation and Technology Day in Los Angeles.

We were especially impressed by the specific section of the EV’s Hyperscreen dedicated to the front passenger that offers full control of a 12.3-inch OLED display surface that offers a warning when it senses the driver’s eyes on it. Still, we’d prefer the opportunity to drive it and give you the full report.

In time, we promise. For now, let’s stick with the US pricing of the Mercedes-Benz EQE, including how its three versions and three separate trim levels differentiate.

That’s right. Those of you who may have been waiting for a slightly more compact, more affordable version of the Mercedes EQS are in luck, because it appears the 2023 EQEs are finally going to deliver in the United States, and we’ve got the pricing.

According to Mercedes-Benz, the EQE lineup consists of three different versions, offering various pricing and performance: the EQE 350+, EQE 350 4MATIC, and EQE 500 4MATIC sedans. Just like the EQS lineup, each version of the EQE mention above will come available in three trim choices: Premium, Exclusive, and Pinnacle.

While Mercedes-Benz has chosen not to unveil the full performance specs of each version yet, it did grace us with one little tidbit of information in regard to the lowest level EQE 350+. It will come equipped with the previously reported 90.6 kWh battery pack, which can deliver up to 305 miles of EPA estimated range.

It’s unclear yet if the higher end versions of the EQE will feature a larger battery, but let’s hope so based on their jump in price. Have a look below.

Aside from pricing, we mostly only know the specs of the EQE 350+, so Mercedes-Benz will need to follow up with further details about how these electric sedans differ – especially with their arrival to US dealerships coming soon. The EQE 500 4MATIC should be a dual-motor AWD variant, so that will have an effect on its range, especially if it’s the same 90.6 kWh pack.

We are sure to learn more in the coming weeks and look forward to taking this EV for a spin soon.