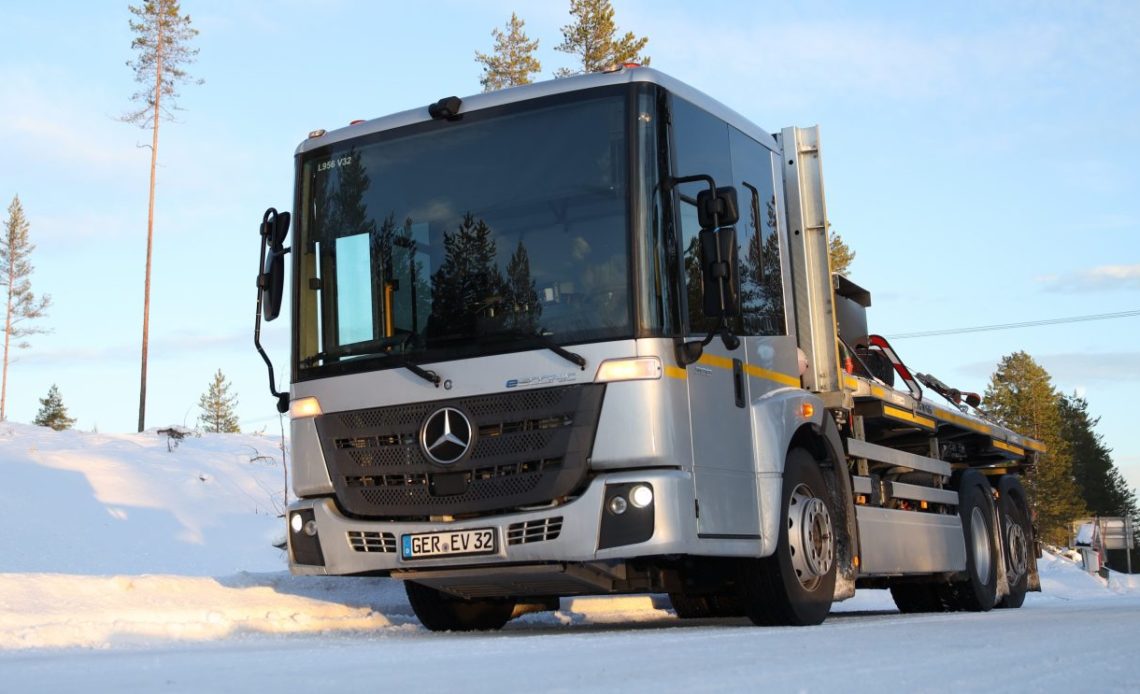 Mercedes-Benz is preparing to start production of the eEconic, its third electric truck, as it aims to lead the electrification of the trucking industry.

When it comes to electric trucks, we mostly hear about Tesla and Nikola Motors, where all the drama is, but other players are more quietly making great advancements.

Volvo and Daimler are already delivering significant numbers of trucks, and the latter is preparing to launch its third electric truck.

After the eCascadia and eActros, Mercedes-Benz is now finalizing testing of the eEconic for production later this year.

The company is currently testing the electric truck in Finland for cold weather testing, one of the last steps before production:

Mercedes-Benz described the testing in a press release today:

“Before the impending start of series production in the second half of the year, the battery-electric Mercedes-Benz eEconic proved itself in the Arctic Circle winter test. At icy temperatures down to -25°C, development engineers from Mercedes-Benz Special Trucks tested the e-truck intended for municipal use in Rovaniemi, Finland. Engineers tested the behavior of the batteries and the electric powertrain and associated systems at very low temperatures, among other things. The vehicle’s batteries were charged at various charging stations in order to check compatibility between the vehicle and charging stations.”

The eEconic is based on the eActros and it has a similar powertrain. It’s powered by three 105 kWh battery packs for a total capacity of 315 kWh.

Range figures are not yet available, and it will depend on the use case.

The electric truck is equipped with dual electric motors that have a total peak power rating of 400 kW.

As for the charging capacity, it is limited to 160 kW on a DC fast-charging station.

Production of the eEconic is expected to start during the second half of the year – solidifying Daimler Trucks as a leader in electrification as other electric programs, like Tesla Semi, are falling behind.