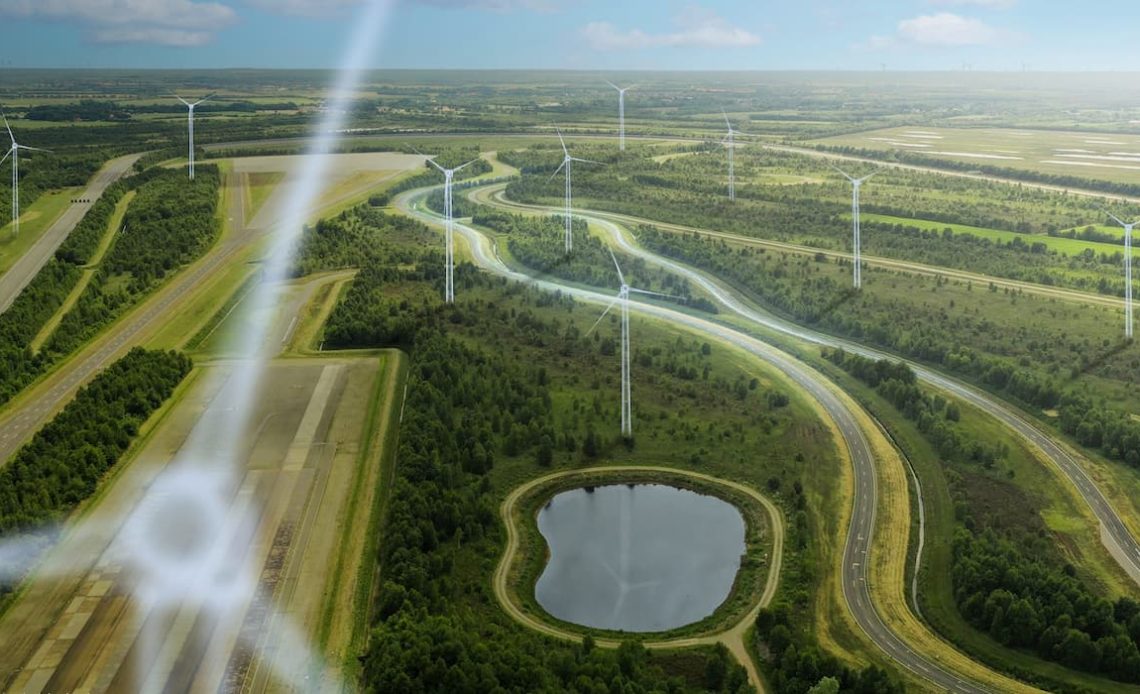 Mercedes-Benz is taking another big step towards achieving its climate goals, as the automaker announced its plans to install a “double-digit” number of wind turbines at its Papenburg test track in Northern Germany.

The new wind farm expects to generate over 100 MW output by 2025, amounting to over 15% of Mercedes-Benz’s annual electricity usage in Germany.

The German luxury automaker has been actively pursuing its climate goals, including slashing its emissions in half by 2030 (its halfway mark) and achieving complete carbon neutrality by 2039.

Furthermore, unlike some automakers, Mercedes is committing to an all-electric future with EV models in all segments. All new vehicle architectures will be geared toward electric models from 2025.

In April, Mercedes-Benz said it was looking to cover 70% of its energy needs by 2030 from renewable sources, up from 50% previously. About 15% is expected from solar or wind sources connected to the automaker’s facilities.

More importantly, starting this year, Mercedes says it will only purchase electricity for its facilities (over 100 locations total) from renewable energy sources.

The automaker is already progressing towards its goals. Since the beginning of this year, production at all Mercedes car and van plants has been carbon neutral.

Mercedes installing wind turbines at its test track in Germany is another step in the right direction as the company continues progressing on its climate goals.

On Monday, Mercedes announced its intentions to build a wind farm with an unspecified “double-digit” number of wind turbines.

Although Mercedes doesn’t specify how many wind turbines it plans to install, if an average wind turbine generates 2.75MW, then Mercedes will need over 36 to hit achieve more than 100MW.

Mercedes plans a “triple-digit” long-term power purchase agreement to purchase electricity from the wind farm. Jörg Burzer, member of the board for Mercedes-Benz production and supply chain management, states:

The targeted expansion of renewable energies at our own locations is an integral part of our sustainability strategy. With the realization of the planned wind farm project in Papenburg, we are taking an important step in this direction. We make an active contribution to the energy transition and the expansion of onshore wind power in Germany.

By installing photovoltaic systems on the roofs of our plants on a large scale, we are gradually reducing our external energy requirements.

Mercedes-Benz is putting its money where its mouth is with its new planned wind turbine installation at its Papenburg test track. Compared to most automakers, Mercedes is making a real effort to support a sustainable future with aggressive electric vehicles and renewable energy targets.

It’s encouraging to see one of the world’s largest automakers going green. Test tracks are perfect for renewable energy projects such as solar and wind with large open spaces. Porsche is another German automaker installing renewable energy after announcing a new solar energy grid for the Porsche Experience One Center, which expects to produce 2,050 MWh of energy annually.