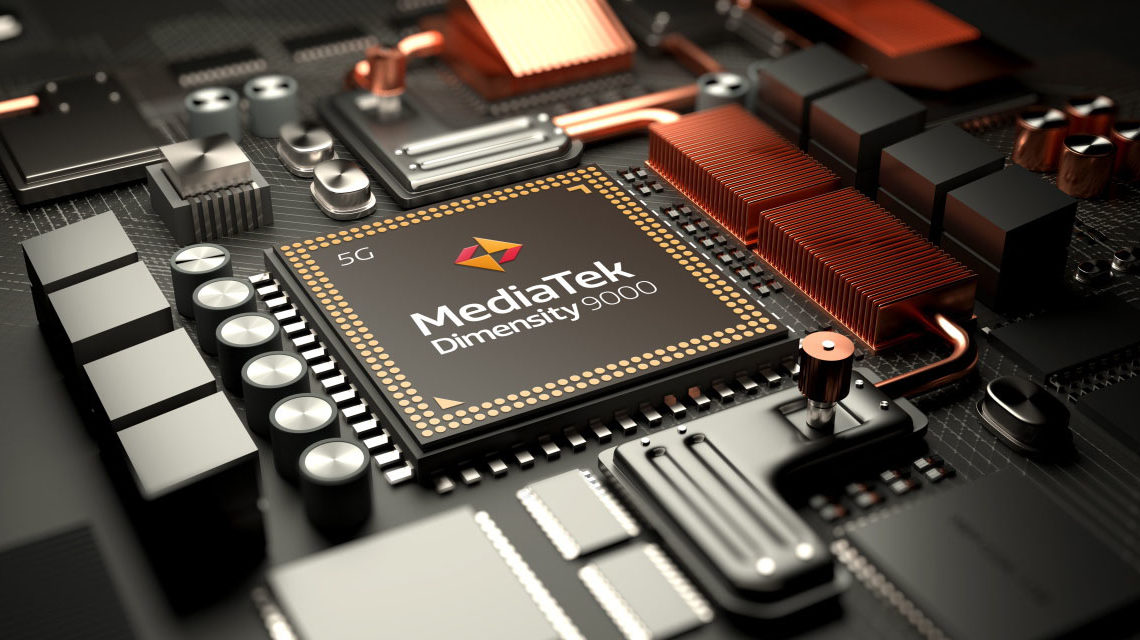 Last year, MediaTek unveiled the Dimensity 9000 as a flagship chipset to give Qualcomm a run for its money. Now, the MediaTek Dimensity 9000+ is giving that chip a mid-cycle refresh with slight improvements. Here’s what’s new.

The MediaTek Dimensity 9000+ is essentially the same chip that MediaTek announced last year but with a few key improvements.

Looking at overall performance, you’ll find a similar experience on both options. The 9000+ has a CPU boost of around 5% with a GPU that’s about 10% faster. These are relatively minor improvements, but they give smartphones and other devices running this chip a bit more future-proofing over the existing Dimensity 9000.

The new Dimensity 9000+ system-on-chip (SoC) integrates Arm’s v9 CPU architecture with a 4nm octa-core process, combining one ultra-Cortex-X2 core operating at up to 3.2GHz (compared to 3.05GHz with the Dimensity 9000) with three super Cortex-A710 cores and four efficiency Cortex-A510 cores. The advanced CPU architecture and Arm Mali-G710 MC10 graphics processor built into the new chipset provide more than a 5% boost in CPU performance and more than 10% improvement in GPU performance.

The key changes to the Dimensity 9000+ start with the ISP (image signal processor). The onboard Imagiq 790 ISP supports 18-bit HDR video recording from three cameras simultaneously, up to 320MP, and “4K HDR Video + AI noise reduction” for better low-light recordings. MediaTek says the new ISP can handle 9Gpixels per second.

For display support, MediaTek Dimensity 9000+ can handle a 144Hz refresh rate at up to WQHD+ resolution or up to 180Hz with FHD+ displays.

MediaTek says the Dimensity 9000+ will be released in Q3 2022, but there’s no word just yet on which Android smartphone makers will be using it.