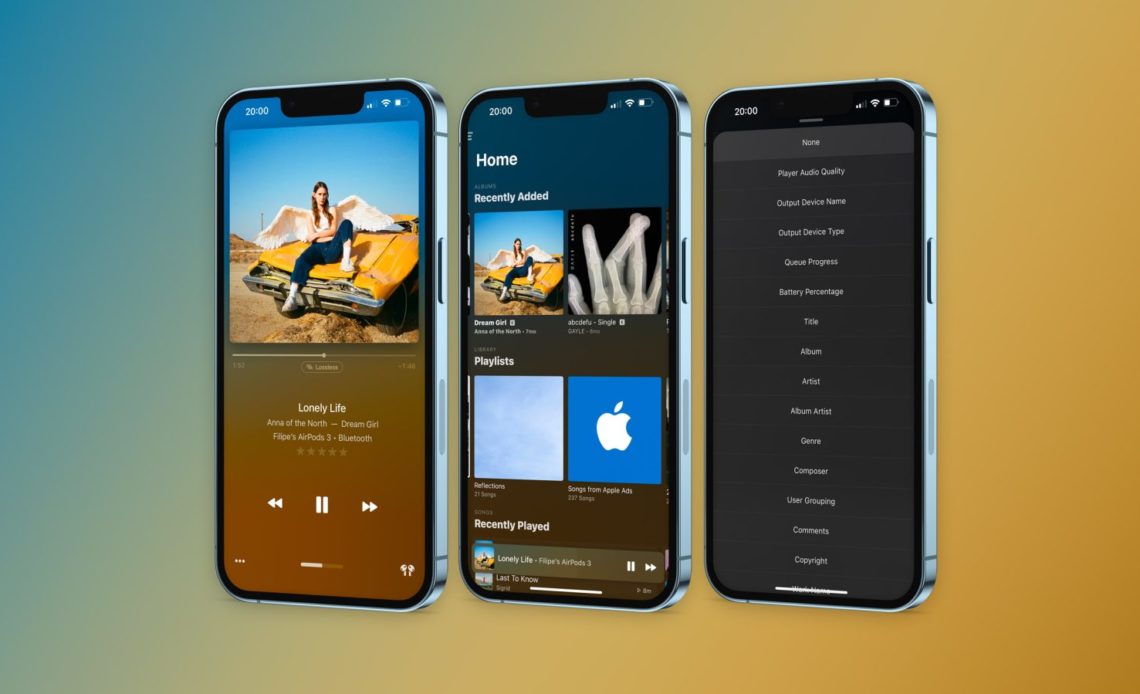 There’s a whole market of iPhone and iPad apps that integrate with Apple Music for different purposes, and Marvis Pro has become one of the most popular. Following the release of iOS 16 this month, Marvis Pro has been updated with some cool features, including “Metadata Builder” and a quality badge for the Now Playing screen.

For those unfamiliar, Marvis Pro works as an alternative to the official Apple Music app. It lets you access your entire music library with all albums and playlists in the way you would expect from a full-featured music player. However, Marvis Pro goes beyond that with multiple customization options.

Now with its latest update, Marvis Pro comes with three important new features. The first is an audio quality badge on the Now Playing screen, which uses a new API from iOS 16 to indicate whether the currently playing song is in Lossless or Hi-res Lossless format.

But certainly the highlight of the Marvis Pro 8 update is “Metadata Builder.” With this new option, users can choose which metadata of a song they want to see in the app’s Now Playing and Mini Player. You can add details such as the name of the connected audio device (for headphones and wireless speakers), genre of the song, composer, ratings, and more.

Users can even set Smart Conditions to show or hide metadata in specific situations. The app also lets you share a song’s metadata with others, and it has a new option to export smart rules files.

Marvis Pro is certainly one of the best apps for those who subscribe to Apple Music but don’t like the official app from Apple. It’s worth noting that the app also works with the classic iTunes library, so you don’t necessarily need an Apple Music subscription to use it.

Marvis Pro is available on the App Store for $7.99 as a one-time purchase — and it offers an additional integration with Last.fm that can be unlocked with a $4.99 in-app purchase. It works with both iPhone and iPad running iOS 15.1 or later. Of course, some features require iOS 16.