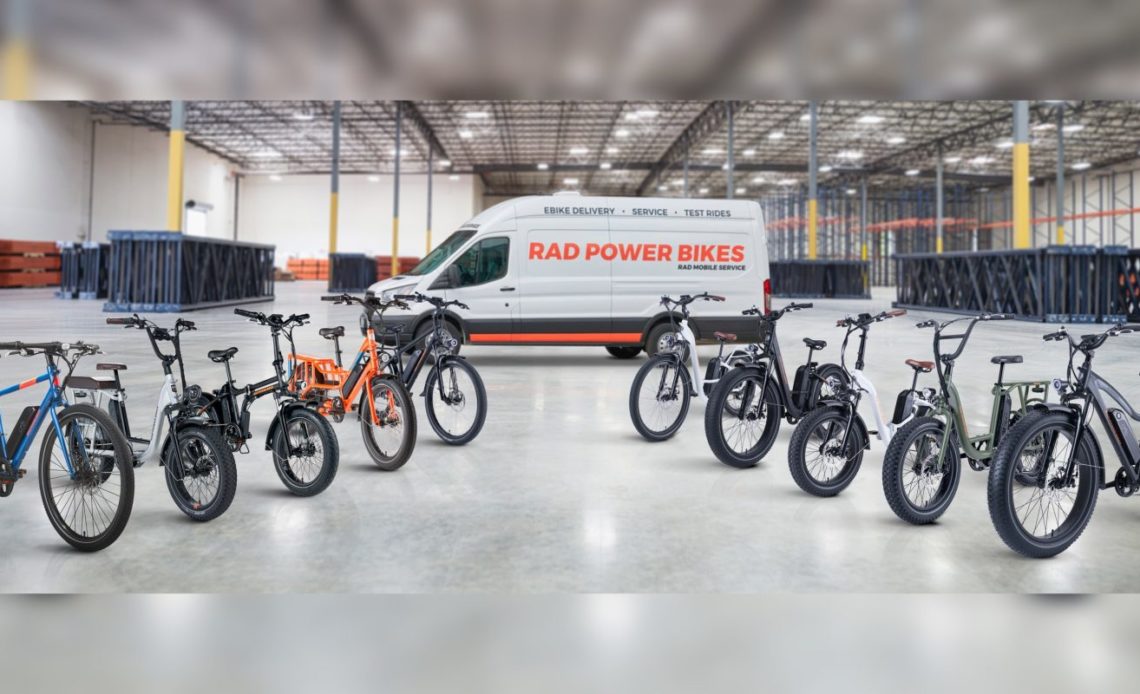 Anyone who has been following recent pricing trends in the electric bicycle industry has experienced quite a roller coaster ride. Prices over the last year or two have repeatedly climbed and dropped as leading e-bike companies jockeyed for position while simultaneously weighing the increasing pricing pressures on the industry.

North American e-bike leader is now raising eyebrows (and sending stomachs into chests if we want to keep that roller coaster analogy alive) as the company flirts with lower prices on two of its most popular models.

Rad Power Bikes’ pricing news is particularly important, not just because the company sells more electric bikes than anyone else by a large margin, but also because Rad’s pricing is often used as a signal in the industry.

Rad’s latest price increase announcement at the end of last year was followed by several other e-bike companies also announcing price hikes. Companies like VanMoof, , , and many others have slowly walked up pricing or ended promotional pricing over the last year, effectively returning e-bikes to their higher MSRPs.

Rad’s last price hike sent several popular e-bike prices soaring, such as the RadRunner 2 replacing the $1,299 RadRunner with , while the RadRover Plus bumped up .

But Rad is now walking those two price jumps back, at least temporarily, with a $200 reduction. While $100 sales in the US e-bike market are common, large price drops like these are rarely seen outside of standalone events such as Black Friday promotions.

To take advantage of the price drop though, you’ll have to use the code SPRINGRIDE, which you can enter or .

Rad has said that these price drops will only be temporary, lasting until March 8th. However, Rad has run temporary sales in the past that have turned into permanent pricing, or at least semi-permanent until site-wide price hikes.

The RadRunner was famously the recipient of one such price decrease, dropping as low as $1,199 for a long period of time.

But a number of pressures on the e-bike industry have forced prices up over the last year. Rising prices of raw materials like aluminum and copper have made it more expensive to produce e-bikes, while a weakening US dollar versus the Chinese yuan has made it more expensive for US e-bike companies to import their e-bikes.

One of the biggest key pricing impactors has been the cost of freight. US e-bike companies bring their e-bikes over in large shipping containers, stuffing many dozens or even hundreds into each container depending on the box sizes. Container prices increased by up to 5x over the course of a year, meaning e-bikes that had previously cost manufacturers around $50 to ship to the US were now costing them $250. And that was on top of the Trump tariffs that added an extra 25% to the cost of e-bikes, among other imported goods.

But there’s light at the end of the tunnel for shipping prices, which appear to be slowly dropping from their peak last August.

With a reduction in shipping costs, one of the biggest contributors to landed e-bike costs in the US, companies like Rad Power Bikes may be receiving much needed pricing relief.

At the same time, political factors that affect e-bike pricing remain on the table. A push to place electric bikes back on the tariff exception list could help reduce the cost of e-bikes to manufacturers, which could in turn be passed along to consumers. A proposed e-bike purchase tax credit could help reduce e-bike prices by up to $900, directly benefiting e-bike shoppers. However, that proposal is looking less likely to pass due to the lack of support from even a single Republican senator combined with the Democratic senator Joe Manchin helping to torpedo the proposal as part of the Build Back Better Act.

Other companies, such as Lectric eBikes, have managed to keep prices low for several years in a row. Their popular Lectric XP 2.0 has remained at since its release, with the exception of a brief $949 holiday sale.

As more models of new e-bikes continue to enter the US e-bike market and political moves float in the air, the pricing games will likely remain afoot for the foreseeable future.