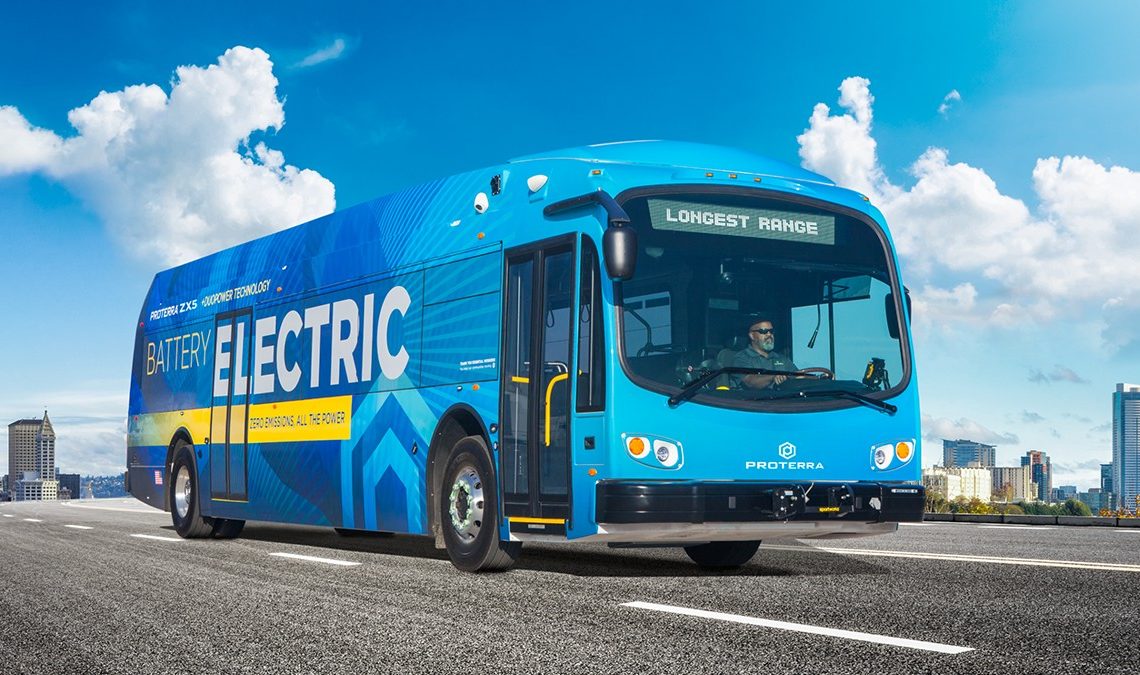 Together they spent $5.9 million for the four buses, two bus depot chargers, engineering, project management, and other expenses.

Biddeford Saco Old Orchard Beach Transit is the primary provider of public transportation in the Tri-Town area of Maine, just south of Portland.

The city of Portland is aiming to reduce 80% of carbon emissions by 2050. Portland mayor Kate Synder said [via the Bangor Daily News]:

With 54% of the state’s greenhouse gas emissions coming from the transportation sector, real progress on climate in our lifetimes will come from increasing the number of people getting around by walking, biking, and using the public transit.

Greater Portland Metro will ultimately replace all 44 fossil fuel-powered buses in its fleet with electric models, but it wants to test its new Proterra buses in Maine’s cold temperatures first.

Under perfect conditions, one of these buses could run about 300 miles in a day. And we need our buses to run between 200 and 300 miles in a day because they run all day long, of course. But on the coldest days of the year, they’re not going to be able to achieve those ranges.

Proterra says that its up to 450 kWh model has up to a 240-mile range, depending on, as Proterra explains, “weather, varying terrain, driver behavior, frequency of stops on route, and vehicle weight.”

Portland missed out on Proterra’s boosted battery for the 35-foot model, which the company announced last month and will launch in 2023. Its power will jump 9.3% from 450 kWh to 492 kWh.

Proterra also announced that its 40-foot Proterra ZX5 Max transit bus model will get a 738 kWh battery option with an estimated range of more than 300 miles – what the company claims is the highest value in its segment in the North American market.

The range was purported to be close to 300 miles… on a single charge, especially in cold weather, we got a little over 100 miles per day.

But the city of Providence is committed to switching to electric public transit and has adjusted to its initial challenges by ordering more electric buses with longer range, installing more chargers, and running the buses they currently have on the busiest route in the city to move more people.

Read more: Maine becomes the first US state to divest from fossil fuels