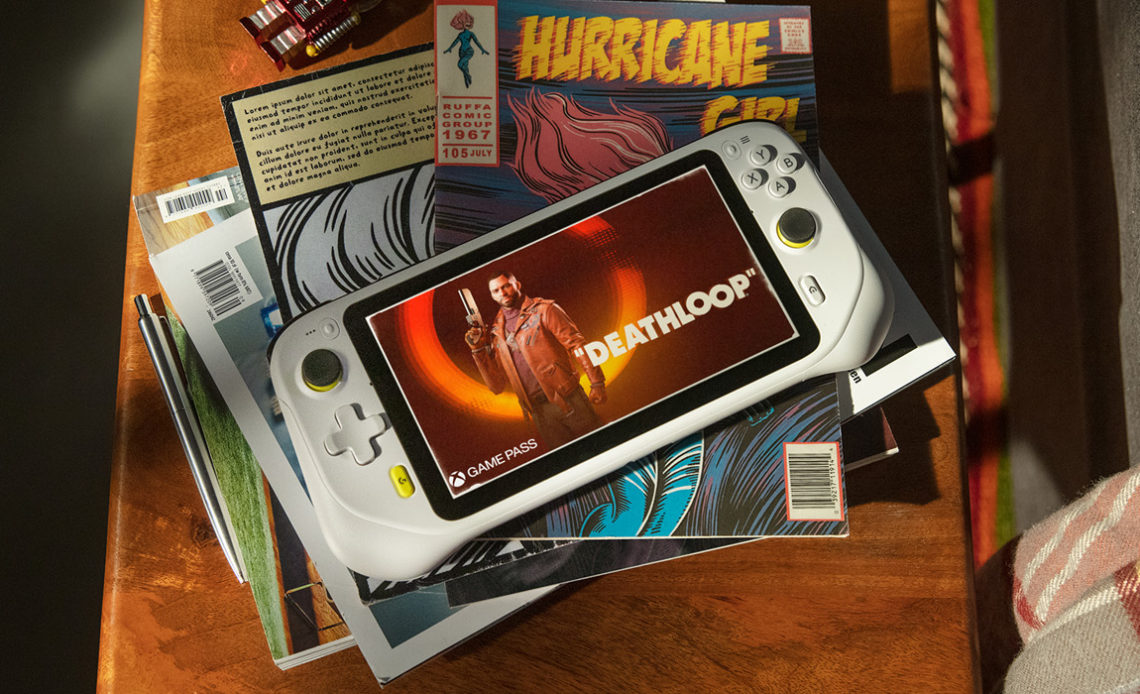 As far as gaming goes, there’s a huge case to be made for the cloud. To bolster that a bit, Logitech is going all in with the new G Cloud gaming handheld, which gets a whopping 12 hours of battery life and lets you play games from major cloud services.

What we’ve come to see in portable gaming within the last couple of years is genuinely impressive. Consoles like the Nintendo Switch and devices like the Steam Deck all put a huge focus on portability while providing a downright excellent gaming experience.

The issue with those devices lies in a couple of unavoidable factors such as locally stored games that you need to download and less-than-impressive battery life.

Hoping to make a huge splash into the handheld market, Logitech today announced the G Cloud. The G Cloud’s main focus is cloud gaming, as mentioned above. Supported right out of the box are major services like Xbox Game Pass and GeForce Now.

With that, both of the pain points listed above with other handheld gaming devices are absolved, leaving a local game-agnostic device with an impressive battery; a 12-hour battery life, to be more specific. Charged over USB-C, the Logitech G Cloud has a healthy 6000 mAh battery that can get you through hours on end of cloud gameplay. With that, the G Cloud has Quick Charge 3.0, which gets you a full battery in 2.5 hours of charging.

What might be just as important as battery life is hardware, and it looks like Logitech put a lot into the G Cloud’s design and remappable controls. The front of the device has a nice layout similar to the Switch, though the hand rests look much more comfortable and robust. Even with that being the case, the G Cloud is a thin device, coming in at only 463 grams.

Internally, the handheld runs a Qualcomm Snapdragon 720G and 4GB RAM with 64GB expandable storage via microSD. The processor might be a few generations behind, though we’re hoping it runs well given the low demand cloud gaming has on a device.

Additionally, the G Cloud has a Full HD 7-inch touchscreen display at 1080p and a max of 60Hz. Though you won’t be able to take full advantage of GeForce Now’s RTX 3080 tier, it’s still good enough for mobile gaming.

As far as software goes, Logitech’s G Cloud runs Android 11 with the Google Play Store pre-installed for some local play. Logitech tuned Android in this device to look sleek and be easy to quickly navigate to your cloud-gaming service of choice. From the home screen, you can access any of your services – which run through the provider’s PWA app – or choose to even stream locally with programs like Steam Link. Presumably, the use of Android will also allow Stadia to work, if unofficially.

As far as gaming handhelds go, the Logitech G Cloud is an exciting step into cloud gaming. Even though devices like the Steam Deck can handle wireless play, a cloud-focused device could prove to be a hit among gamers. The G Cloud comes at a cost, though, at $349. However, Logitech’s gaming handheld will be $299 for those who pre-order. At that price point, it might be hard to justify, though we’re still excited to see how it holds up as a standalone cloud device.