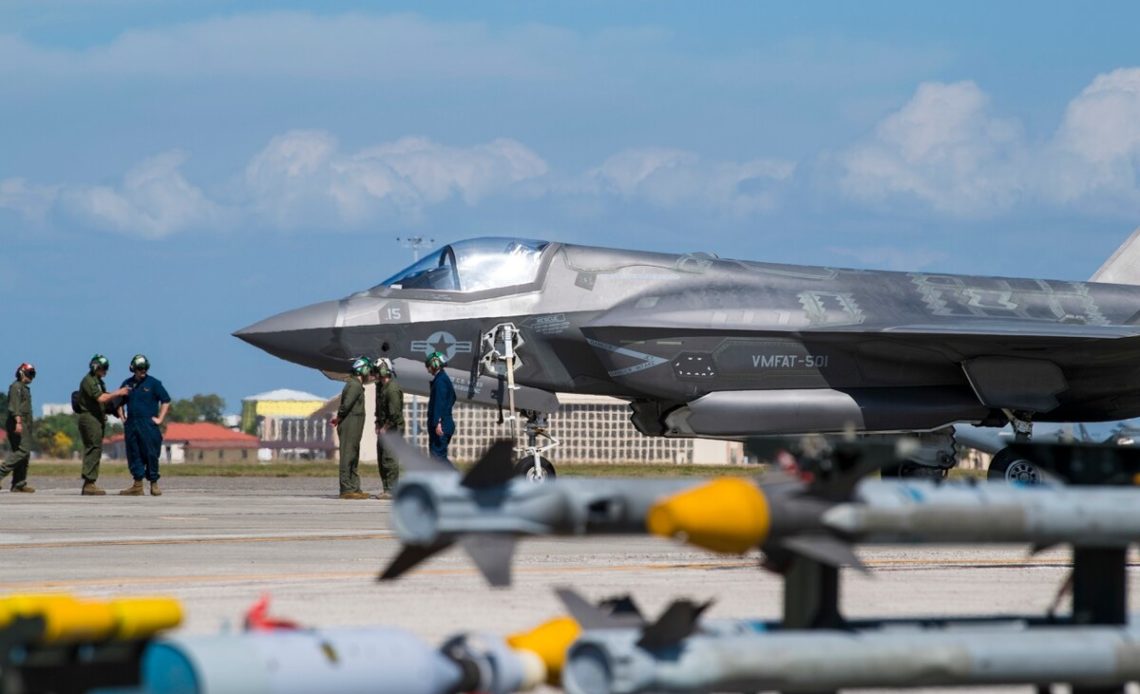 WASHINGTON — Lockheed Martin on April 5 appointed a new leader for the F-35 program who has experience in overseeing the jet’s sustainment enterprise, amid public criticism over the Joint Strike Fighter’s operations and maintenance costs.

Effective April 12, Bridget Lauderdale will assume the role of vice president and general manager of the F-35 program. Lauderdale currently leads the F-16 and F-22 programs as head of Lockheed’s integrated fighter group.

Prior to that job, she worked as Lockheed’s vice president for the firm’s F-35 global sustainment team. She was responsible for managing the F-35 spare parts inventory, driving down the cost of operating the plane and improving aircraft availability.

As head of the F-35 program, Lauderdale will “be responsible for partnering with domestic and international customers to ensure the F-35 program delivers the most affordable fifth generation aircraft in production, advances capability through a stable modernization program; and increases availability while reducing overall operational and sustainment costs,” the company said in news release.

Her ascension to the F-35 general manager position comes as the program reckons with expensive operations and maintenance costs, which have frustrated U.S. military services. In February, Air Force Chief of Staff Gen. CQ Brown acknowledged that the service is considering downsizing its planned buy of 1,763 F-35As to buy a less expensive replacement for the F-16.

Meanwhile, Lockheed is floating a performance-based logistics contract option that company officials say will allow the cost per flight hour to sink below $25,000 in fiscal 2012 dollars, down from $36,000 per hour today.

The F-35 enterprise is also grappling with a shortage of the F135 engine made by Pratt & Whitney, which is managed on a different contract from the F-35 air vehicle, for which Lockheed is prime contractor.

Bill Brotherton, who temporarily led the F-35 program after Ulmer’s promotion, has been named to a new position, the vice president of aeronautics enterprise performance, where he will be responsible for overseeing cost, schedule and performance across the whole of the company’s aerospace business.

Additionally, Doug Wilhelm will permanently become the F-35 program’s deputy general manager, after having taken the role on an acting basis earlier this year.

OJ Sanchez, vice president of the F-22 program, will temporarily take over as head of the integrated fighter group as the company searches for a permanent replacement to Lauderdale.

“Bridget, Bill and Doug are seasoned leaders, uniquely qualified to lead these critical business programs. Their selection showcases the strength and depth of Lockheed Martin’s leadership succession planning,” Ulmer said in a statement. “They bring a deep understanding of the aeronautics’ portfolio and strong customer relationships. Key leadership transitions like this allow us to accelerate our ability to meet the urgent needs of our customers around the globe and together, we will work tirelessly on our many game-changing products and services that support our warfighters.”