Lightyear partners with MyWheels to supply over 5,000 SEV models to car sharing platform 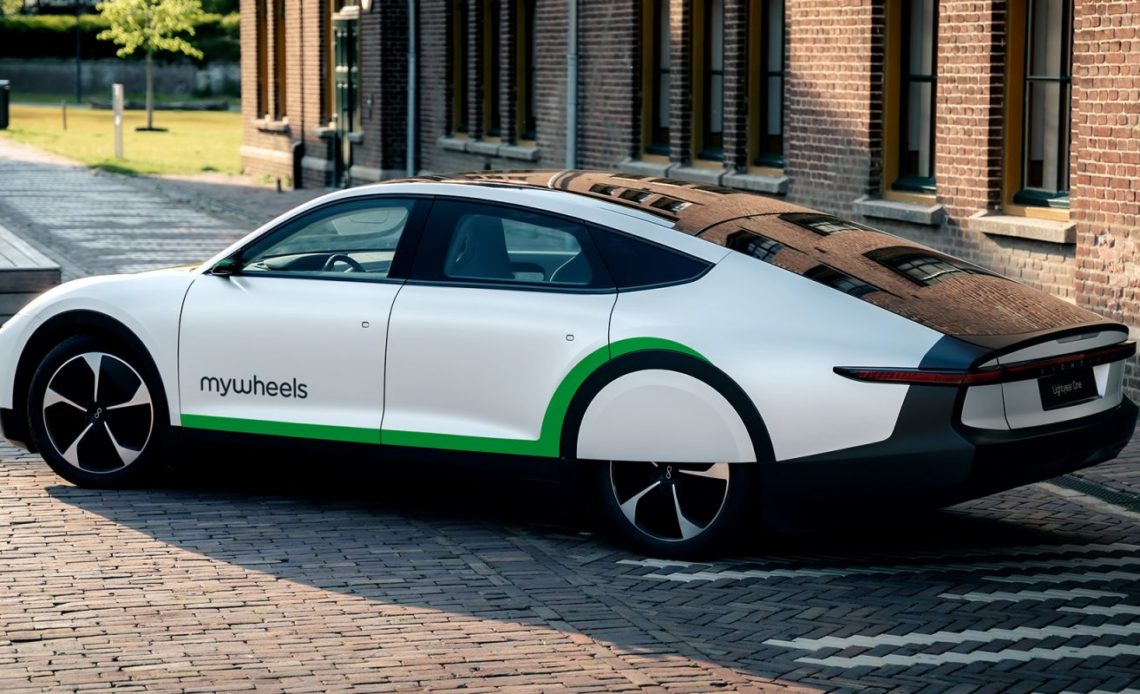 Solar electric vehicle (SEV) developer Lightyear has announced a partnership with The Sharing Group, whose MyWheels car sharing platform is currently the market leader in the Netherlands. As part of the agreement, Lightyear will provide 5,000 units of the Lightyear Two – its second SEV – which has yet to be revealed, in 2025. Additionally, some models of the Lightyear One SEV will join the MyWheels platform in 2023.

Lightyear is an EV startup based in the Netherlands that specializes in solar electric vehicles. From early on, the company has promised a range of 450 miles on a single charge from its ultra-efficient flagship SEV, the Lightyear One.

As Lightyear One moves closer to reaching production this year, its prototype testing has seen major milestones met. Last July, the automaker demonstrated that its Lightyear One prototype had delivered 441 miles of range on a single charge.

Winter testing provided further evidence that the Lightyear One will arrive as one of the most efficient EVs on the planet, even in suboptimal conditions. That being said, only a small group of customers will have the opportunity to own Lightyear’s flagship SUV, as the company only plans to produce about 950 of them and the first 150 are already spoken for.

Lightyear’s second SEV, however, will be mass-produced for a larger market. At an MSRP around $34,000, it will debut at a much lower price compared to its predecessor. Although we won’t see production begin on the Lightyear Two until 2024 or 2025, MyWheels has already called “dibs” for 5,000 of them.

People will soon rent a Lightyear SEV through MyWheels

Lightyear shared news of its latest partnership in a press release out of the Netherlands, expressing excitement for the future of clean, electric mobility. Lex Hoefsloot, cofounder and CEO of Lightyear, spoke to the news:

The future of mobility is not only about the vehicle itself but also how we use it. Car sharing services are an example of how the market is evolving to find new, more sustainable ways to keep people mobile without owning a car themselves. By offering Lightyears through a car-sharing service like MyWheels, we are able to enact our mission quicker and more efficiently. This partnership is an exciting step towards a cleaner future, and we are proud to be teaming up with MyWheels and The Sharing Group.

As part of the partnership, Lightyear will supply 5,000 of its upcoming Two SEV to the MyWheels platform in 2025, as well as some models of the Lightyear One in 2023. By providing these environmentally friendly SEVs to MyWheels current fleet of 2,500 cars across the Netherlands, Lightyear will become the most prominent option for car sharing customers, helping the platform further expand its transition to electrified options. Karina Tiekstra, CEO of MyWheels, also spoke:

MyWheels is strongly committed to electrification and fifty percent of the shared car fleet is already electric. With the arrival of Lightyear on the platform, our users will get to experience the future of mobility firsthand. This is a great step in our mission to keep the Netherlands mobile with one million cars.

The limited production run of the Lightyear One is expected to begin this summer with first deliveries arriving to customers before year’s end. The Lightyear Two will see a much larger production output when it arrives in 2024 or 2025.