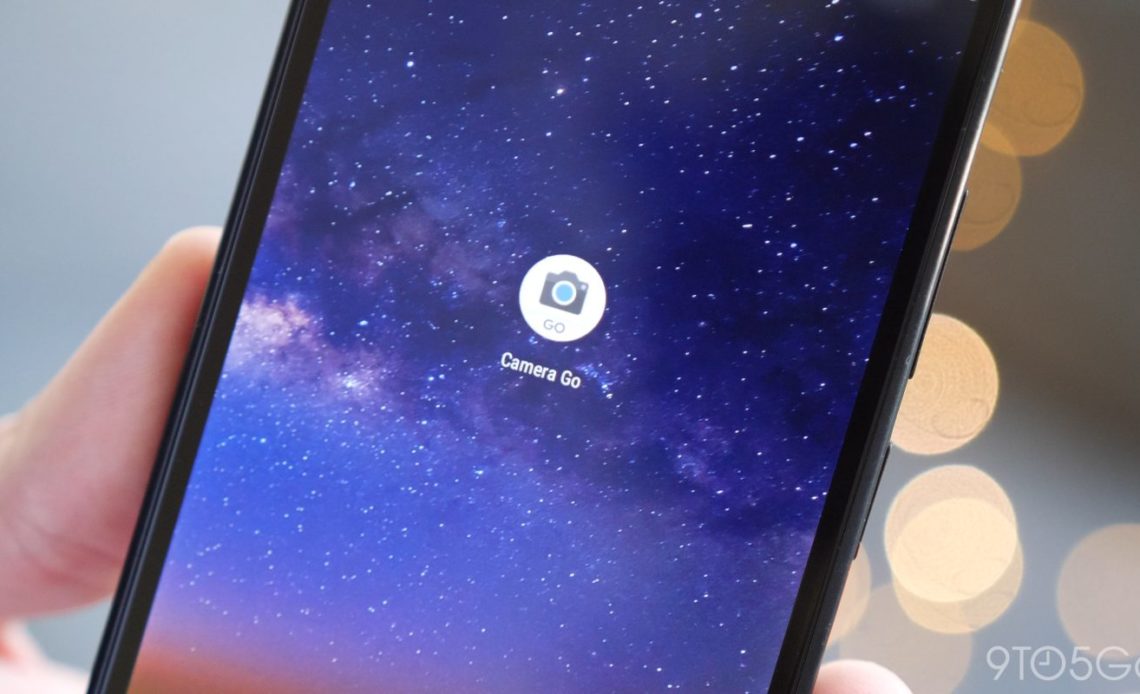 Back in May, we noticed that Google dropped the “Go” in “Gallery Go.” At the same time, “Camera Go” quietly became “Camera from Google” as the company continues to remove that old branding.

In mid-May, Google released version 3.3 (from 2.12) of its lightweight Camera application for lower-powered Android phones. The UI is lighter, while a counter indicates how many more photos can be captured with remaining storage.

This update also renamed the application from “Camera Go” to just “Camera” with a new icon that’s near-identical (different color palette) to the logo found on Pixel phones. The Play Store listing was notably renamed to “Camera from Google.” It’s a handful, and presumably a result of “Google Camera” being taken.

• Use Portrait Mode to give your photos a professional look by focusing on your subject, as the background appears gently blurred.
• Capture memories at any time of day without the flash, keeping colors rich and details crisp by using Night Mode (available on select devices).
• With smart storage features and early warning notifications, Camera makes sure you never miss a moment by helping you free up space for your photos when you need it.
• With Google Lens built into the Camera app, you can see the world in your language by pointing your camera lens at the foreign text.

With Camera and Gallery dropping the “Go” branding and YouTube Go shutting down next month, it’s clear that a shift is underway. Android 12 (Go edition) – which is the official name – was announced in December with meaningful improvements. The next version should be announced by year’s end if Google remains committed to the platform.

At this point, it’s not clear whether the company is just updating branding or taking a new approach to reach the Next Billion Users. There is the “Created with Google” JioPhone Next running an Android/Pragati OS. A case can certainly be made for very affordable hardware to address different market needs and a lightweight operating system to complement.