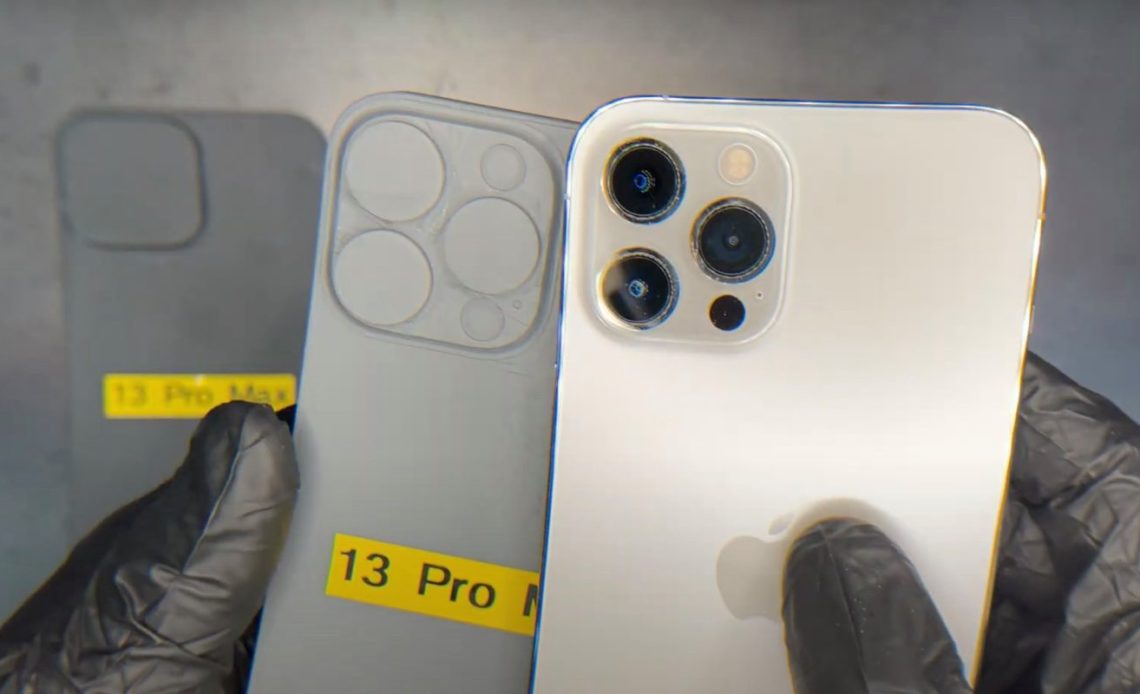 EverythingApplePro’s latest video includes 3D-printed mockups and renders based on leaked schematics currently being used by accessory makers as they prepare for the fall iPhone 13 launch.

Notably, the diagonal layout of the rear cameras seen earlier this week is corroborated, coming to both the base model iPhone 13 and the 13 mini. The iPhone 13 Pro Max keeps the same camera module layout but the individual lenses are significantly larger, and the overall module sticks out farther from the phone’s body.

The pixel size is also increasing from 1.7 micrometers to 2 micrometers this year. Photos taken on the 13 series should feature more detail and less noise, especially in low-light environments.

Of course, for those willing to hold out upgrading for another year, Kuo predicts that the 2022 iPhones will be even better and feature an effective 2.5-micrometer pixel size, by combining a 48-megapixel source sensor into a 12-megapixel output image.

You can get an idea about what this all looks like for the iPhone 13 in EverythingApplePro’s video:

In addition to the larger camera lenses, the overall camera module is also getting thicker and will protrude from the main body of the phone by an additional 0.9mm compared to iPhone 12.

These dimensions line up with an earlier report from Macotakara. It also now seems confirmed that the rear LiDAR scanner will remain exclusive to the high-end Pro models, as the opening is missing on the CADs for the mini and the base 6.1-inch model.

The iPhone 13 is expected to debut in the fall, landing in Apple’s typical release schedule for its flagship iPhones in September. The iPhone 13 will be offered in the same screen sizes as the iPhone 12: a 5.4-inch model, two 6.1-inch models, and a 6.7-inch model. This will apparently be the last generation of “mini” as the 5.4-inch model is going away next year.