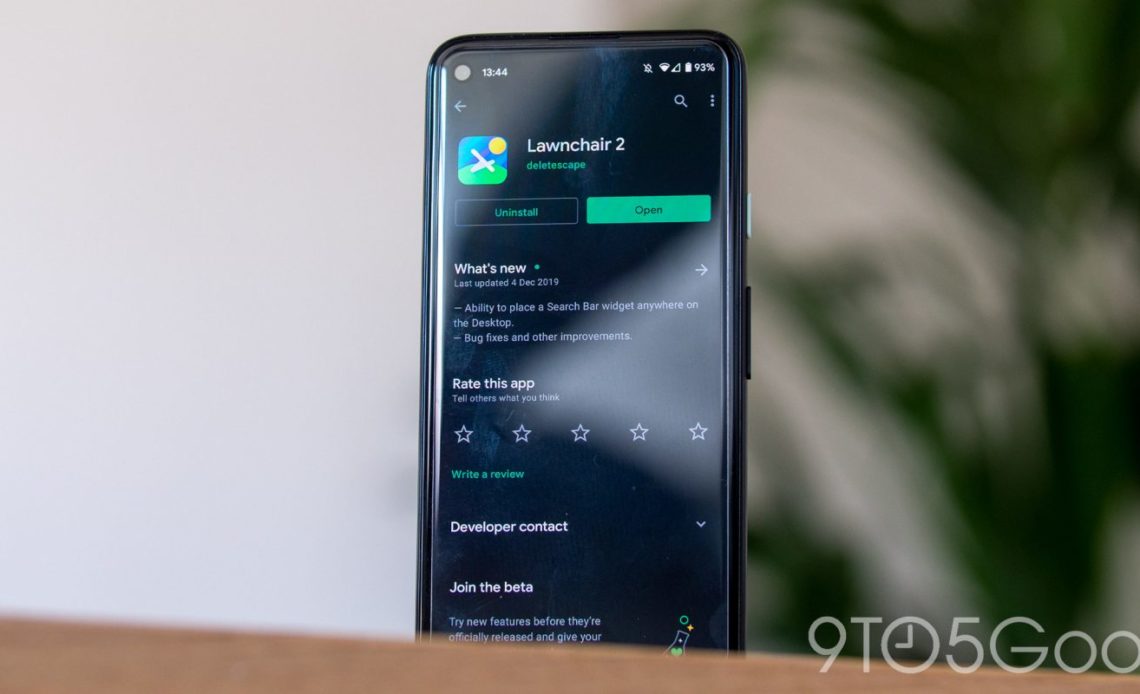 Lawnchair 12.1 is now available in Alpha and includes a number of improvements alongside the new At a Glance widget found in Android 12.

Announced via the official Telegram feed, Lawnchair 12.1 is the first build based on Launcher3 from Android 12.1 or 12L. This should mean that Lawnchair will operate more like the Pixel Launcher but with all of the extra customization benefits that come with the third-party home screen replacement.

The headline new feature or addition in this Lawnchair 12.1 Alpha is the brand-new At a Glance widget that was added to Pixel phones back with the full Android 12 release. This persistent upper-left screen widget is contextual, meaning that it will show the current date and weather conditions, but it is also capable of showing things such as any currently playing media or when your device is charging.

Sadly, it doesn’t appear to include support for the full plethora of options that are available on the Pixel Launcher including Stopwatches and Timers, Bedtime, Fitness app, Connected devices, Safety Check, or Earthquake alerts. Lawnchair 12.1 Alpha lets you choose if you want to see Weather, Battery Status, and Now Playing information from the At a Glance widget. Alternatively, you can just disable it entirely:

This latest update also lets you set themed icons from within the app drawer, which was previously limited to just the home screen. There’s even the ability to adjust your home screen font with literally hundreds to choose from to suit your style. On top of that, you can even add your own preferred font if you have the OTF or TTF font file.

Regular 9to5Google contributer Dylan Roussel has contributed to Lawnchair 12.1 Alpha 1, adding the ability to change the default search provider when using the Dock search bar. There’s also room for improvements to the Adaptive Icons and for rooted devices the ability to set the Recents background transparent when Lawnchair is connected to QuickSwtich. You can check out the full changelog below:

• a new At a Glance widget

• an option to show Themed Icons in the App Drawer

• the ability to add custom fonts

• if Lawnchair is connected to QuickSwitch, an option to make the Recents background translucent

It’s worth noting that this update has already received two hotfix builds. Firstly, the Alpha 2 builds was pushed, and then pulled due to an issue. Alpha 3 build is now available and includes a backup function alongside fixing an issue for those using Spanish as their system language. This could cause Lawnchair 12.1 to crash upon opening. If you want to give Lawnchair 12.1 Alpha a trial run, then you can download the APK file from here and sideload it for yourself.