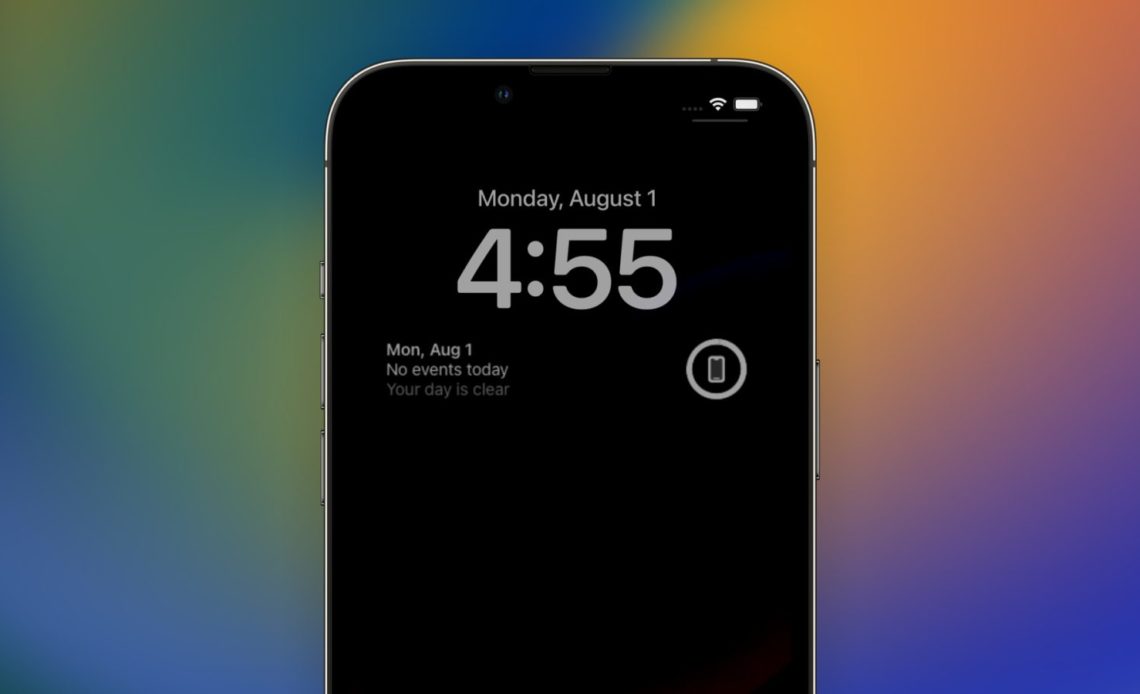 9to5Mac revealed last week that iOS 16 already has new wallpapers ready for a new always-on mode, which should be one of the key new features of the upcoming iPhone 14 Pro. And to back up these rumors, the latest beta of Xcode 14 also points to an always-on display coming to the next-generation iPhone.

As noted by iOS developer @rhogelleim, the SwiftUI preview (which lets developers interact with their app projects in real time) now has a new behavior that is potentially related to the always-on display. Once the developer simulates the action of turning off the screen, the new lock screen widgets become semitransparent and the clock remains on screen.

Always-on technology allows the system to show some information on the screen while consuming very little battery power. In Apple Watch models with always-on display, the device shows the watch face even when the user is not interacting with it. The screen brightness is reduced and some visual elements are hidden to save battery life.

According to rumors, iPhone 14 Pro and iPhone 14 Pro Max will be the first iPhones to have an always-on display thanks to a new variable refresh rate OLED panel that ranges from 120Hz to 1Hz. By comparison, the iPhone 13 Pro’s display ranges from 120Hz to 10Hz. While Apple could theoretically enable always-on mode for iPhone 13 Pro models, the feature should work more efficiently with the new 1Hz display.

A sneak peek at always-on mode in iOS 16

As previously demonstrated by 9to5Mac, some of the new iOS 16 wallpapers have a darker, less colorful version labeled “Sleep,” which could be used for when the iPhone 14 Pro has the screen “turned off.” This would result in an experience similar to the always-on mode on the Apple Watch instead of just a black screen with widgets.

We have also been able to corroborate that Xcode 14 beta 4 has indeed partial support for the new always-on mode. In the example below, you can also see the default iOS 16 wallpaper in its “Sleep” state when always-on mode is in action.

Some details are still unclear, such as how the system will behave with notifications, as this is yet to be implemented in the code. Previous versions of the iOS 16 beta already hinted at an always-on display coming to the iPhone 14 Pro. There’s even an internal mode that Apple uses to test always-on mode in iPhone 13.

iPhone 14 is expected to be introduced in four different models. However, only the Pro models will have the new display, the A16 Bionic chip, and a new 48-megapixel wide camera.

The midrange iPhone 14 models are rumored to be heavily based on the current iPhone 13, except for having 6GB RAM instead of 4GB, a larger battery, and a new version with a 6.7-inch screen to replace the iPhone 13 mini.

The new iPhones are likely to be announced in September.