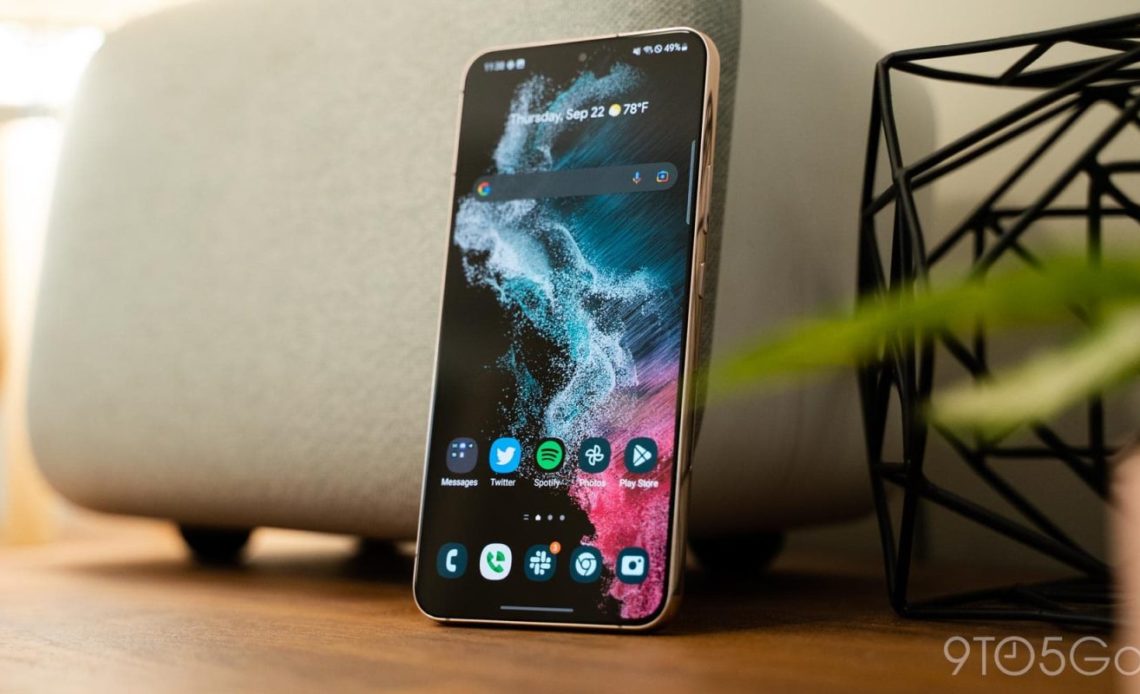 As a formal release seems to be due in the not-too-distant future, Samsung has released a third beta of Android 13 which improves animations, adds support for themed icons, and more.

Rolling out to the Galaxy S22 in the US and a few other regions today, Samsung’s latest Android 13 beta build carries a version number ending in ZVI9. The update weighs in at just over 1GB.

The Gallery app is getting a revamped “immersive slideshow” view for stories, which are auto-generated by the app from pictures you’ve taken. There’s also a new Gallery widget for the homescreen.

Another notable change comes with the wallpaper settings, as you can now change the lockscreen wallpaper from the lockscreen, simply by long-pressing. Related to that, Samsung has also adopted Android 13’s support for themed icons on third-party apps, with select Google apps, Samsung’s first-party apps, and supported third-party apps such as WhatsApp, Telegram, and more. Previously, Samsung only supported themed icons on its own apps.

The other thing you might notice in this update is better animations on the whole. Samsung’s latest Android 13 build addresses animation issues such as minimal amounts of lag when going back to the homescreen, as well as some animations overlapping a closing folder on the homescreen. In our limited testing, it does feel a bit faster and snappier.

Samsung has also released its Android 13 beta on the Galaxy S21, and will likely bring the update to its foldables at some point.