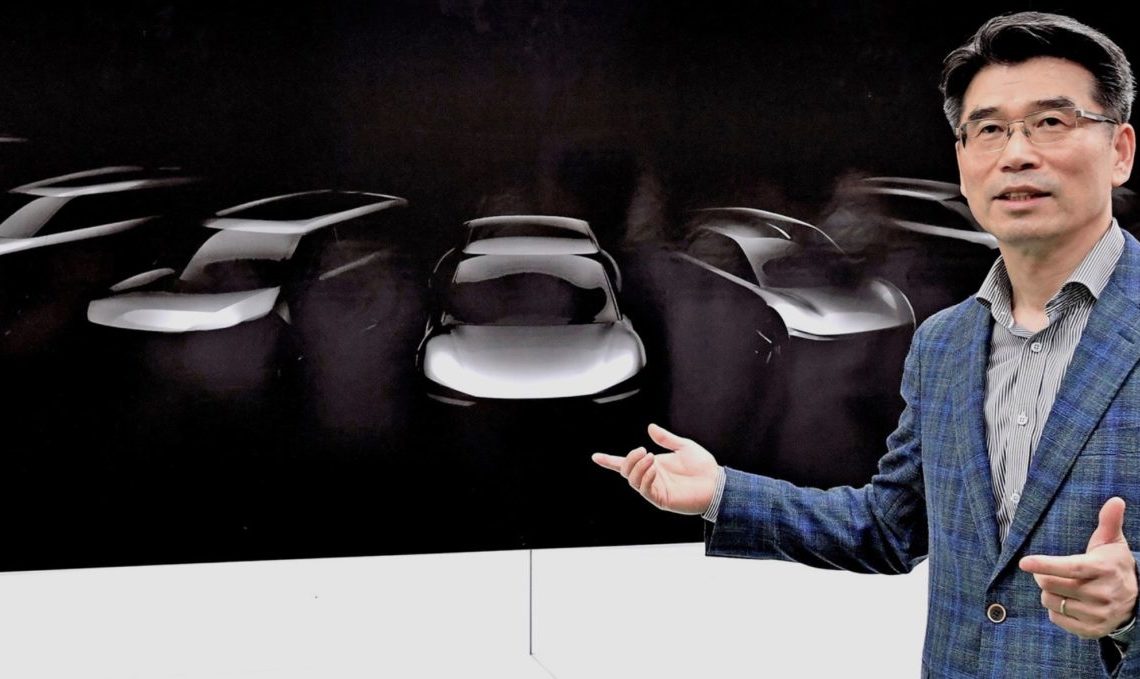 Korean automaker Kia announced an acceleration of its electric transition plan with “11 model EV lineup with 7 dedicated EVs by 2026.”

At its investor day today, Kia announced an update to its Plan S, which consists of a transformation of the automaker into a mobility brand.

Kia is being reborn in 2021 with a new logo, new design, and new corporate name. Kia will transform into a brand that excites and inspires customers with innovative mobility experiences.

Kia said that the update to Plan S is focused on the “transition from internal combustion engine (ICE) to electrification,” and it is underpinned by three pillars:

When it comes to the electric transition, Kia aims for “eco-friendly vehicles,” which includes BEVs, HEVs, and PHEVs, to make up “40 percent of all sales for Kia, with an annual sales target of 1.6 million units.”

The automaker aims for all-electric vehicle sales to reach 880,000 units in 2030 and roughly contribute half of that 1.6 million units.

These EV sales will be coming from 11 new models arriving over the next five years:

Starting with the launch of its first dedicated EV later this year, Kia will strengthen its EV lineup by 2026 with 11 new models – seven dedicated EVs built on the Electric-Global Modular Platform (E-GMP) architecture, and 4 based on existing ICE derivatives.

The first new vehicle is going to be built on the E-GMP platform, and it is codenamed CV.

Kia expects to reveal more details about the electric vehicle, which is also going to be equipped with some autonomous features, next month.

Furthermore, Kia also announced plans to unveil its first purpose-built vehicle (PBV) in 2022 and build a million PBVs by 2030.

This looks like a serious acceleration of Kia’s electrification effort with 11 new EVs in just five years.

However, the automaker only plans to have 40% of its production capacity be dedicated to electric vehicles, and that includes HEVs and PHEVs, by 2030.

I don’t think any consumer in their right mind is going to want to buy a vehicle that is not all-electric in 2030.

It means that Kia could have over 60% of its production capacity being almost useless by 2030.

The automaker is not alone in this situation, but they are going to have revise that soon considering how long it takes to convert production capacity to electric vehicles.