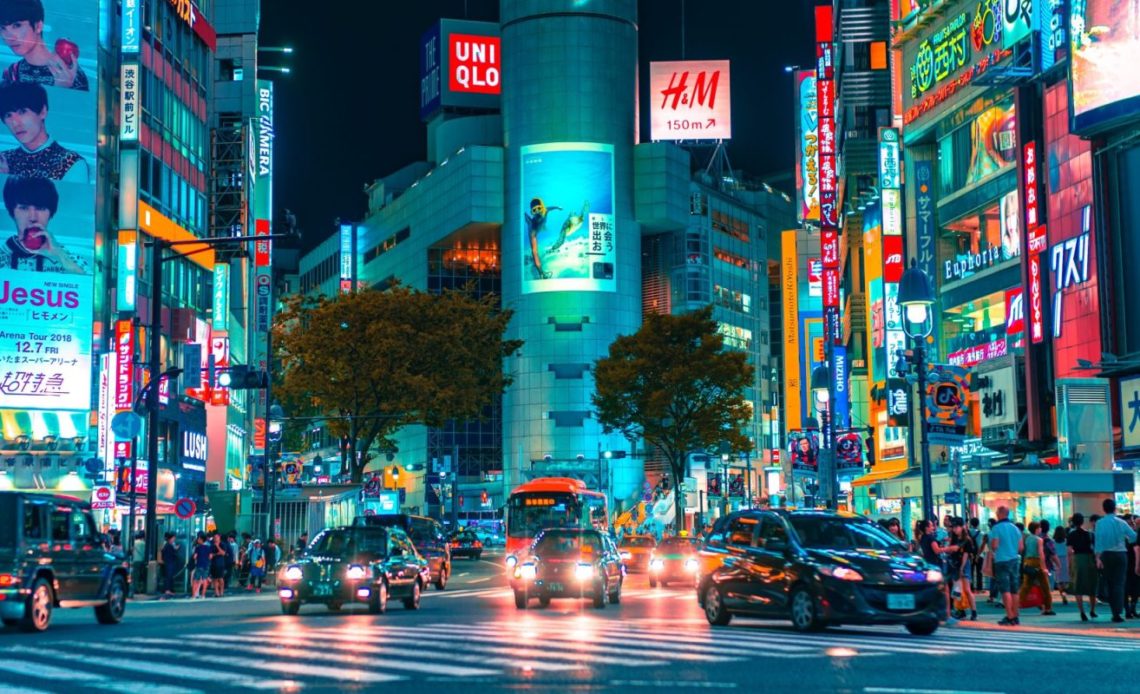 Japan, the world’s second-largest car exporter, risks a 14% drop in GDP if it does not move more swiftly toward producing electric vehicles, according to a new report by the Climate Group.

The Climate Group is a non-profit founded in 2003 with the intent to inspire global climate action. The group commissioned two early leaders in the Japanese EV industry to help with this report – Kenichiro Wada, who headed Mitubishi’s i-MiEV project and founded the Japan Electrification Institute, and Professor Masato Inoue, design director of the original Nissan Leaf and professor at the Institute of Design in Turin.

Looking forward, the report notes that many major car markets are planning to reduce or eliminate the sale of internal combustion engine vehicles some time in the 2030s. This will be necessary to meet international climate targets which Japan itself have committed to.

And if Japan doesn’t match these targets, the risk to Japanese industry, and thus the Japanese economy, is large. The report notes that Japan, already reliant on auto manufacturing for almost a fifth of its exports, could risk losing half of those automotive exports leading to the loss of 1.72 million jobs and $6 billion in automotive profits through 2040 and resulting in a 14% drop in GDP.

Japan lags behind others’ targets

Japan’s domestic EV targets lag behind other major players. The EU will likely ban new internal combustion engine (ICE) vehicles by 2035, the UK by 2030, and the United States and China want 50% of new car sales to have plugs by 2030 and 2035 respectively (though US voters want 100% EV by 2030). But Japan has only committed to “electrify” all new cars by the mid-2030s, which would include HEVs. This leaves the door open for up to 100% of its domestic sales to still be driven entirely by gasoline, with no ability to plug in to the grid for cleaner electricity.

Japan also refused to sign the COP26 2040 all-electric target (as did Germany and the United States, though some US states joined), which is a weak goal to begin with. As a result of Japan’s intransigence towards green energy and transportation, it received a “Fossil of the Day” award at last year’s climate conference.

And, while the country itself is signatory to the Paris Agreement and the Glasgow Climate Pact, the captains of Japan’s automotive industry have shown significant resistance to these efforts. Akio Toyoda, CEO of Toyota, which is Japan’s largest company by far, often spreads EV misinformation, and the company pushes anti-EV propaganda both in advertisements and even in Japanese schools. The report notes that this misinformation is widespread in Japan, with popular perception being that HEVs are more efficient than BEVs, which is not correct.

Japan does have quite conservative business culture – so change comes slowly, particularly if that change is being suggested by outside sources. Honda, Japan’s second-largest company, has historically not been much better than Toyota in this respect, but the company does seem to be waking up and saying some of the right things under new CEO Toshihiro Mibe. The other Japanese manufacturers also have much lower ambitions for future EV production than their European and even American counterparts, with the possible exception of Nissan.

It is important to shift transportation over to electric vehicles, as gas-powered cars emit a lot of carbon. Even in Japan, which is a country with excellent and widely-used train systems for public transportation, transport is still the second-largest-emitting sector of the economy. If Japan expects to reduce emissions by 80% by 2050, an all-HEV scenario would result in only a ~30% reduction in automotive emissions, whereas an all-BEV scenario would exceed Japan’s 80% goal.

So, it is clear that Japan is lagging behind its international counterparts in this realm. How will this affect Japan?

The report suggests that Japan’s current path and longtime resistance to EVs will result in significant harm to its economy. About half of domestically-produced Japanese vehicles are exported (or 82%, if including vehicles produced overseas by Japanese companies), and Japanese companies supply 13% of the world’s passenger vehicles. That number could be slashed significantly if world markets lose their taste for Japanese gas guzzlers while everyone else transitions to EVs

The shift to EVs would not come without a reorganization of current workers – with some work being lost in automotive parts supply, for example – but it also presents opportunities for new jobs, such as charger installation or battery supply for domestic and international manufacturing.

The situation is likened to Japan’s former dominance of the semiconductor and home appliance industries, which flourished decades ago. In both industries, Japan occupied a dominant position but became overconfident and did not respond rapidly enough to changes, allowing competitors in China, Taiwan, South Korea, the United States and elsewhere to take market share. As a result, while Japan still exports plenty of electronics, its economy has become more reliant on the automotive sector to bring money in.

How Japan can move forward

It’s not all doom-and-gloom, though. The report notes that Japan does have a significant lead on electrification-related patents, though these are largely associated with hybrid technology rather than BEVs.

It also makes several policy proposals going forward for Japan. It suggests that the Japanese government move quickly to take these steps:

Photo by Jezael Melgoza on Unsplash