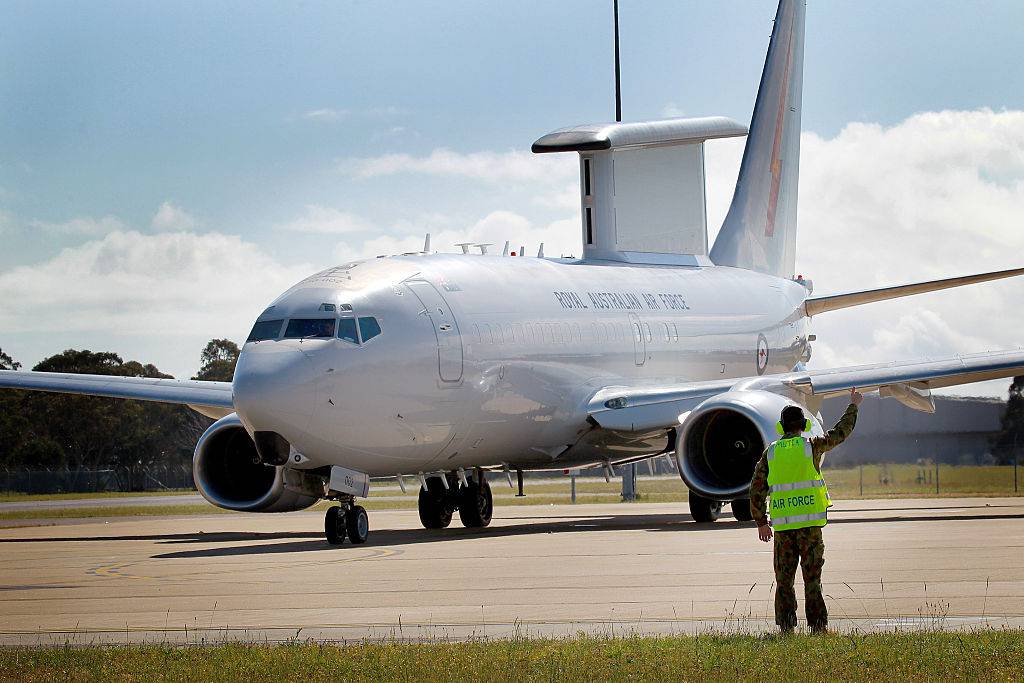 A Boeing-made Australian E-7A Wedgetail Airborne Early Warning and Control aircraft pictured in 2014. The Air Force said it has selected the Wedgetail to replace some of its aging E-3 Sentry aircraft. (Melina Young/Royal Australian Air Force via Getty Images)

WASHINGTON — The Air Force announced Tuesday it will replace part of the E-3 Sentry, or Airborne Warning and Control System, fleet with Boeing E-7 Wedgetails.

In a release, the service said the decision to go with the Wedgetail was based on market research and that it is “the only platform” that could meet all of the Defense Department’s requirements for tactical battle management, command and control, and target tracking in time to replace the aging E-3, which dates back to the 1970s.

The Air Force plans to award a contract to Boeing in fiscal 2023 for the Wedgetail, which was developed by Australia for its air force.

The service’s proposed 2023 budget calls for retiring 15 E-3s, or about half the fleet, from Tinker Air Force Base in Oklahoma. It would provide $227 million in research, development, test and evaluation funds for the replacement. The first rapid prototype E-7 would be delivered in fiscal 2027.

The Air Force said it plans to fund a second rapid prototype aircraft in fiscal 2024 and aims to make a production decision the following year on fielding more Wedgetails.

The release did not say how many Wedgetails the Air Force might eventually buy.

The AWACS, a heavily modified Boeing 707 with a 30-foot rotating radar dome above its fuselage, provides command and control and intelligence, surveillance and reconnaissance capabilities to manage the battlefield, with a more than 250-mile range for its radar. It was flown in numerous conflicts in recent years, including Iraq and Afghanistan and has recently monitored the conflict in Ukraine.

But the aircraft have an average age of more than 43 years, and the Air Force has repeatedly stressed the need to replace them as mission-capable rates declined and maintaining them became tougher and tougher.

The Wedgetail has long been seen as the top contender for the job. Pacific Air Forces commander Gen. Kenneth Wilsbach told reporters last year he wanted the service to quickly buy the E-7 as an AWACS replacement.

And last month, Air Force Secretary Frank Kendall told reporters the Wedgetail was “the leading candidate, quite obviously,” though he said more due diligence remained to be done.