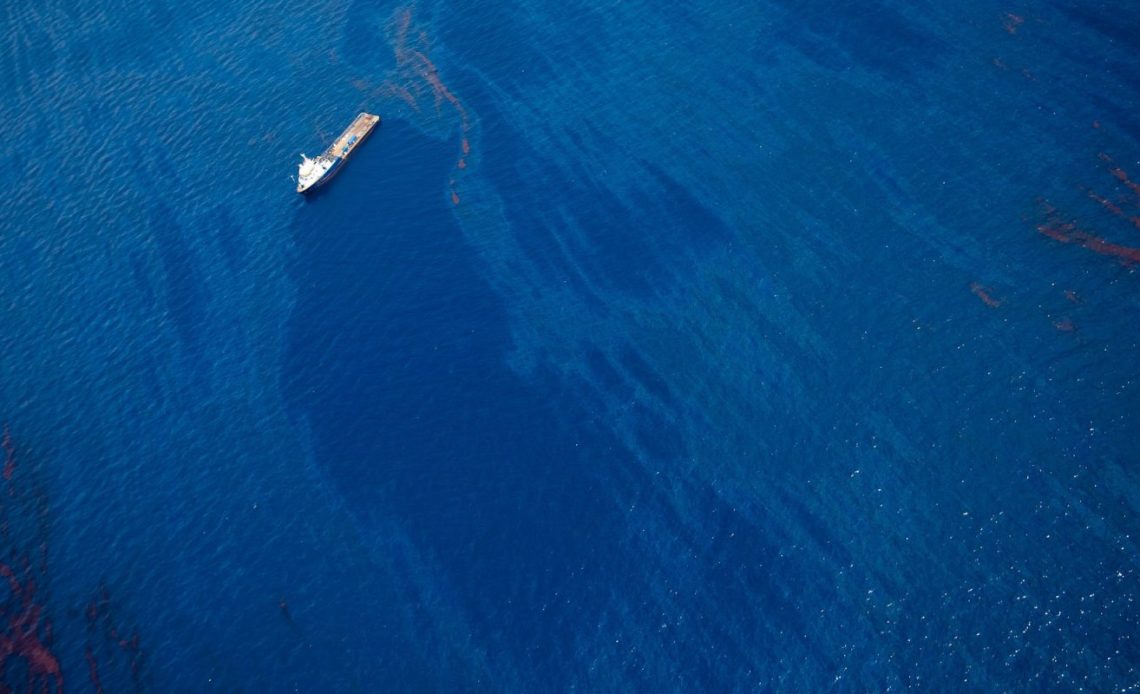 A team of scientists developed the first global map of chronic oil slicks in the world’s oceans, and found that more than 90% come from humans – significantly more than previously reported.

The study, published today in Science, provides a major update from previous investigations that estimated that about 50% of the oil pollution in the ocean came from human sources – including river runoff, ships, and oil and gas pipelines and platforms – and 50% from natural sources, such as seeps on the seafloor.

Massive oil spills can cause oil slicks, but slicks are also widely and continuously produced by human activities and natural sources.

These short-lived patches of oil are continuously being moved around by wind and currents, while waves are breaking them apart, making investigations challenging.

Even a miniscule amount of oil can have a big impact on plankton that make up the base of the ocean food system. Larval fish are particularly vulnerable. Other marine animals, such as whales and sea turtles, are harmed when they contact oil as they surface to breathe.

Chuanmin Hu, study coauthor and professor at the University of South Florida’s College of Marine Science, where he runs an Optical Oceanography Laboratory, said:

Most of these oil slicks are microscopically thin, widely observed, and different from major oil spills.

They are a source of chronic pollution and have traditionally been hard to track because they are short-lived and move with the winds, tides, and currents.

For this study, the team used machine learning and other techniques to examine more than a half million satellite radar images collected from 2014 to 2019 to determine the location, extent, and probable sources of chronic oil pollution.

Ian MacDonald, a professor in the Department of Earth, Ocean and Atmospheric Science at Florida State University and a co-author, said:

What’s compelling about these results is just how frequently we detected these floating oil slicks — from small releases, from ships, from pipelines, from natural sources such as seeps in the ocean floor, and then also from areas where industry or populations are producing runoff that contains floating oil.

Yongxue Liu, a professor at Nanjing University’s School of Geographic and Oceanographic Science, and a corresponding author, said:

A global picture can help focus regulation and enforcement to reduce oil pollution.