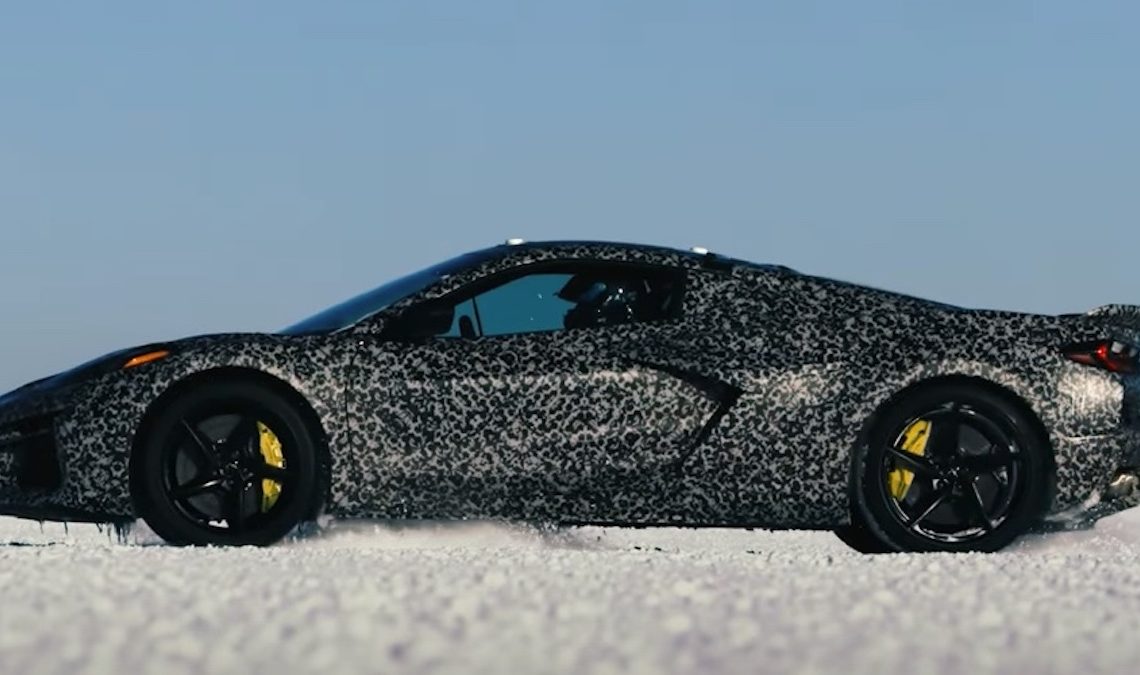 Today GM finally announced the electric AWD Corvette and perhaps something that will have a wider consequence outside of car enthusiasts: GM’s Ultium platform’s “energy recovery system”. The EV tech will help boost range, help vehicles charge faster, and heat car interiors with excess heat produced by the batteries.

GM president Mark Reuss shared the long-expected Corvette news on LinkedIn this morning, announcing an “electrified” [read: hybrid] Corvette coming next year (2023) followed by the vehicle we’ve all been waiting for, the fully Electric Corvette.

Some time ago we moved the Corvette team into the EV space in Warren, Michigan, and when we revealed the new mid-engine Corvette, I said there would be “more to come.” This morning I sat down with Phil LeBeau of CNBC and finally answered the question I’ve been asked countless times.

In addition, we also announced today Ultium Platform’s energy recovery system, a patented onboard system that takes the heat generated by EV batteries and uses it to warm the cabin, create more efficient charging conditions, and even increase vehicle acceleration. And it can boost the vehicle’s range by about 10%. It’s a perfect example of how developing a ground-up EV platform like Ultium enables unique features not easily done with a retrofit.

The Chevy Youtube channel shared the following video complete with requisite internal combustion sound effects in what looks like testing on salt snow. It is AWD, naturally and looks like a ton of fun.

GM Ultium’s “energy recovery system” was also detailed in a press release although the technology is already in use in its Ultium vehicles including the GMC Hummer, upcoming Cadillac Lyriq and other announced but not yet shipping vehicles.

EV batteries, power electronics and other propulsion components produce heat. The Ultium Platform can recover and store this waste heat from the Ultium propulsion system. Further, it can also capture and use humidity from both inside and outside the vehicle, including body heat from passengers. The Ultium Platform can then deploy energy stored through the recovery process to heat the cabin more quickly in cold weather than comparable systems found in vehicles with an internal combustion engine.

We’ve been expecting an electric Corvette ever since Chevy got the Bolt EV out the door in 2017. Rumors of its existence have abounded. But we’re now in 2022, and you have to wonder if GM is too late to the Electric supercar party?

Only having an “Electrified” version by 2023 and a full EV one “later” is frankly a disappointment.

What is this thing going to have that will be better than a Mustang GT, Taycan, or Model S Plaid besides no cargo space? Sure, it will look really cool, but has the ship already sailed on the far superior electric technology?

As for the Ultium’s battery energy recovery system, is this just a glorified, verbose way of describing a heat pump? Yes, but this is also very important because other EV companies – yes, of course especially Tesla – have been recycling the excess heat from the batteries to heat the cabin for some time now. It is highly important for GM to also do so if they expect their EVS to be competitive, especially in cold weather climates.